Posted on December 2, 2013 in Film with tags Weekend Roundup

I saw Thor: The Dark World this weekend. And here’s what I thought!

I’m happy to begin by going on record to say that Thor, Marvel’s first film featuring the Asgardian demigod (or whatever) was… well, fine. It had a couple of cute moments where it puckishly undercut Thor’s ego, and made good use of Chris Hemsworth’s astonishing good looks and genial, easy charisma. And, of course, it set off the squee heard around the world by casting Hollywood-unknown Tom Hiddleston as the dark and damaged Loki. 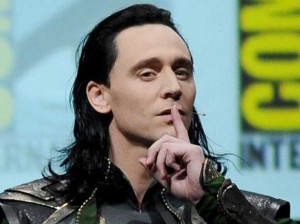 But I can’t go so far as to claim that all the elements added up to something greater than the sum of their parts. Natalie Portman’s Jane Foster was a drippy, goofy, earnest character who spent a lot of time declaiming about being an astrophysicist while not actually doing any astrophysics. Her romance with Thor was astonishingly bloodless, and the great fun of the movie, the supporting characters – Kat Denning’s Darcy and Stellan Skarsgård’s Selvig, Thor’s Warriors Three (plus Sif); even Anthony Hopkins as Odin, who’s clearly enjoying playing a god – all were shunted to the sidelines, to make cracks about the action without intruding enough to ever lighten the film’s tone.

Which brings us to Thor 2. Kenneth Branagh handed the director’s seat to Alan Taylor, a man without many films under his belt, but an astonishing resume nonetheless, having directed episodes of Homicide, Oz, The Sopranos, Mad Men and Game of Thrones. Y’know. Pretty much every seminal drama in the so-called new golden age of television. Dude’s got serious credibility, 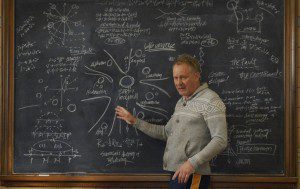 The fault. The crossroads. The what.

is what I’m saying.

And, with Thor 2, he delivered. But Thor 2 is something even Iron Man isn’t: consistently funny. And the humour doesn’t undercut the seriousness of the action; it’s balanced well enough to provide a counterpoint to the emotional journeys of the characters. The Thor of Thor 2 is an older, wiser man and he grants the film the heft – emotional and otherwise – it needs to succeed. Hiddleston’s Loki is more slippery than ever, but the script works to explore his character, and the film’s the better for it. Thor and Loki’s relationship is the true star of the film; watching the two share the screen and snipe at each other (‘I thought you said you knew how to fly this thing?’ ‘I said “how hard could it be!”’) humanizes them in a way Thor’s romance with Jane doesn’t and can’t.

Not that Thor 2 is a masterpiece of storytelling, or that the ‘science’ is anything approaching what we mere mortals understand as ‘a real thing’. (Dark matter that literally… darkens things?) But it is fun, it is funny, there is a lot of action and only a little po-faced seriousness, and Christopher Eccleston is nearly unrecognizable as the chiselled villain. All in all, it is a fun couple of hours, and bodes well for Alan Taylor’s 2015 reboot of the Terminator franchise.