Posted on April 14, 2014 in Fun Stuff with tags Events and exhibitions, Weekend Round Up

We visited Tate Britain’s exhibit Ruin Lust… and it was amazing.

Humans are fascinated by ruins – ruined objects, ruined buildings, ruined civilisations. And, it turns out, they have been for centuries; perhaps, indeed, for all of human history. But why? What explains our delight in crumbled monuments and decaying structures? And how have our reasons changed over the centuries? 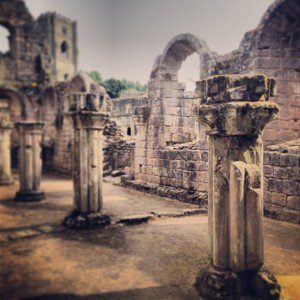 These questions are the focus of Tate Britain’s wonderful new exhibit, Ruin Lust, exploring the intersection between art and destruction over about 220 years. Beginning with JMW Turner’s studies of decaying monasteries and ending with the work of contemporary artists such as Jane and Louise Wilson, Ruin Lust looks at the way artists – and society – have shaped ruins, and been shaped by them. What ties the exhibit together is that all the artists seem to be searching the ruins they consider for meaning, whether social, intellectual, or personal. Would you be astonished to learn that the Victorians were as certain of society’s downfall as we are today, and regularly imagined what a post-apocalyptic London might look like? 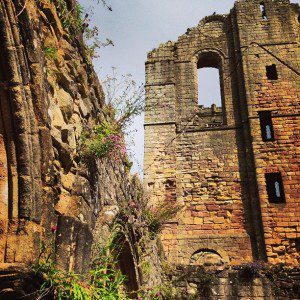 I was most taken by Keith Coventry’s recontextualization of decaying urban spaces, primarily council estates, which force the viewer to confront a kind of architecture that is, more or less, invisible – particularly the way in which public space in a council estate is undocumented and therefore unseen: despite being major public thoroughfares for hundreds (or thousands) of people every day, these streets and byways often don’t appear on city maps. 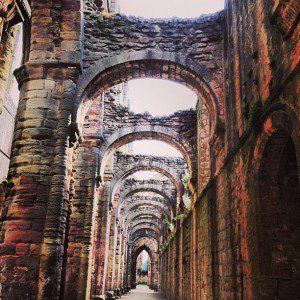 If I were to lodge a complaint against the exhibit, it would be that it didn’t go deep enough in its explorations; the art was almost exclusively British and only took two centuries into consideration.So, too, did the work of John Ruskin feel tangibly absent. (I am, of course, conscious that the exhibit only had a few rooms to fill, and the curators did a spectacular job making it feel comprehensive in spite of that limitation.) Overall, Ruin Lust is a fascinating exhibition and highly recommended.

Ruin Lust runs at Tate Britain until 18 May.

All photos are of Fountains Abbey, and taken by yours truly.