Posted on March 31, 2014 in Film with tags Captain America; The Winter Soldierter Soldier;, Disney, Film, Marvel, Weekend Round Up 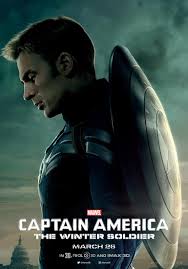 Can you see Captain America: The Winter Soldier without having seen Captain America and Avengers Assemble? I suspect so; the stuff people seem to like* in their action movies is all there, from good looking guys to giant action-heavy setpieces to kersplodykaboom (and lots of it). But I have no idea how it would hold up on its own. To Marvel’s credit, I simply can’t judge Captain America 2 critically.

The first Captain America movie was entirely preoccupied with the character’s origin – which is totally fair, of course – but because it took place almost wholly in the past it didn’t have to explore ideas about heroism in a post-9/11 world. Avengers Assemble brought Cap forward, from a world where he was the only superhero to a world where there are lots of superheroes (and a few demigods). A couple of scenes were cut from the beginning Avengers Assemble in which Steve Rogers wanders around New York City feeling enormously out of place. Inspired by his storyline in Mark Millar’s Ultimate Avengers, (worth reading, by the way, though Ant Man’s storyline put me off the character for years), these scenes are meant to bridge the gap between the end of Captain America and set up the evolution of Cap’s character during Avengers Assemble. He begins Avengers as a man uncertain of his value to society and he concludes the film having convinced others (especially Tony Stark) and himself that there’s still a place of old fashioned good-guyness in the 21st century.

This is a superb exploration of what it is that makes Captain America – particularly Steve Rogers – such a good character, as well as being a meaningful way to poke holes in our modern obsession with vigilante antiheroes (Batman, anyone?) and maverick individualists (Iron Man) Steve Rogers as Captain America is, at heart, a decent guy who believes in the system, which makes him almost totally unique in the modern movie superhero pantheon. 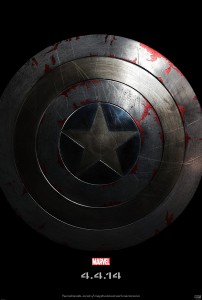 Which is a long-winded way of saying that Captain America: The Winter Soldier is basically Captain America 3. It calls back to Captain America time and time again, and is hugely informed by the character work of Avengers Assemble. Which is an even longer way of saying that I find it nearly impossible to separate my critical facilities from my kneejerk fansqueeing; I’m now so invested in this version of Captain America that I can’t step outside my own head and think about the film alone. I’m happy to be distracted by shoutouts to other Marvel characters. I’m delighted to have Samuel L. Jackson kicking butt and taking names. I love that the Black Widow has her best, most interesting storyline yet. AND JUST WAIT TILL YOU SEE WHAT’S UP WITH THAT GIANT COMPUTER BANK. Zomg.

Did I like Captain America: The Winter Soldier? Very much. Does the plot withstand scrutiny? Not remotely. Does it matter? Not particularly. There were good looking guys and action-heavy setpieces, and a lot of kersplodykaboom, and beneath it all there was enough exploration of Steve Rogers’ character to make it hang together. And, credit where credit’s due: Chris Evans’ performance is hugely instrumental in making Cap work.

And beneath all that, Marvel (and Disney, I guess) deserve a lot of credit for doing for Captain America what it did for Iron Man – finding a way to make an old-fashioned character fresh, relevant, and really fun. These films, from Iron Man to Captain America 2, and everything in between, have been very carefully thought out and put together, and I unabashedly love them.

Also, I’m a little excited about Guardians of the Galaxy.

*By ‘people’ I mean myself, of course; that’s exactly what I like in my action films. 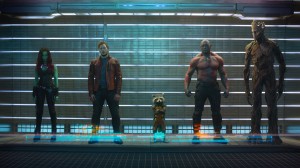