Weekend Round Up: Coriolanus 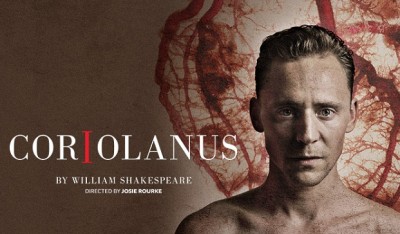 Posted on February 3, 2014 in Fun Stuff with tags Weekend Round Up

For this Weekend Round Up, let’s pretend that Thursday is a part of the week-end. Ready? Awesome.

This ‘weekend’, I went and saw Coriolanus. This was a pretty great experience for a few reasons:

I’m not one to fan-girl, and honestly I’m proud to say that I didn’t damage my reputation for the fine specimen that was performing before my eyes. Though I will admit it was hard to not be entranced by the captivating way that good old TH delivered his lines, however, since I’m also not one to lie I have to say that his wasn’t the best performance of Shakespeare I’ve seen. I’ll have you know I played a fierce Romeo in my (all-girl) secondary school’s modern adaptation of Romeo and Juliet.

TH did give a solid performance, he was a great Caius Marcius (Coriolanus), I actually saw some real tears on that stage! Though honestly, it annoyed me more than it moved me, not because of the performance, but because I had a massive problem with the protagonist. Caius is probably one of the most irritating Shakespeare characters I’ve encountered – the inconsistency in his actions really did grate on my nerves. Though to be fair to the Bard, I haven’t read the play so this could simply be due to this particular depiction of the play.

I found that after the performance I was conflicted, I really enjoyed it, however I felt that there was a lot of emphasis placed on the fact that TH was in the play. That was what made the play a success not its own merit, but simply because he is (as mentioned by director Josie Rourke in the interview) ‘sexy’. There isn’t a doubt that he is very attractive, but that really shouldn’t be what everyone is talking about as they leave, it should be the fact that the play was well-directed, well-acted or any such compliments about the performance.

Though the play was very entertaining, I didn’t leave feeling as though I had an experience that is truly different or in some way moving. I may be spoilt here; I did go and see Macbeth with James McAvoy in the title role. It was absolutely fantastic, McAvoy brought his own element to the famous role, the play was adapted to a modern style, excellently performed and I felt like I was there to see the play itself and not just McAvoy. It transcended the fame of the Hollywood actor, and became about the performance itself.

I know it sounds like I am complaining about Coriolanus, but I did thoroughly enjoy the play. It is definitely worth watching, especially if you’re a TH fan. Tickets are in high demand though, so like many others you may have to camp overnight to get a chance to see it!

To reward you for getting to the end of this, here is the gif that’s going around of TH’s audition for Thor.