Let’s get this out of the way.

I am a huge Bruce Willis fan.

Ever since my mum sat me down in front of The Fifth Element many years ago, I’ve always had a soft spot for the shiny-headed action star and I think that’s what led me to my love of over-the-top, ridiculous action movies. I mean, how is this scene from the Expendables 2 anything other than the greatest moment ever committed to film?

That said, I also love those action films which offer something a little bit different, as the original Red did.

Standing for Retired and Extremely Dangerous, the film was based on the excellent comic written by our very own Warren Ellis. When former black-ops agent Frank Moses is threatened by a high-tech assassin, he assembles his old, also-retired team to survive and uncover his attackers.

In my opinion, what made the original Red so fantastic was the cast; Bruce Willis was joined by Morgan Freeman, John Malkovich and the ever-wonderful Helen Mirren. While Morgan Freeman isn’t in Red 2, we instead get Anthony Hopkins and Brian Cox… which has me very excited as both actors are famous for playing Hannibal Lector!

We really are being spoiled for excellent movies this summer, and my wallet and diary are already crying out from the stress of trying to fit them all in, but I definitely think that you should put Red 2 on your list. The original was an intelligent, funny and warm-hearted (yes, really!) film packed with excellent action, and the sequel looks sure to be the same! 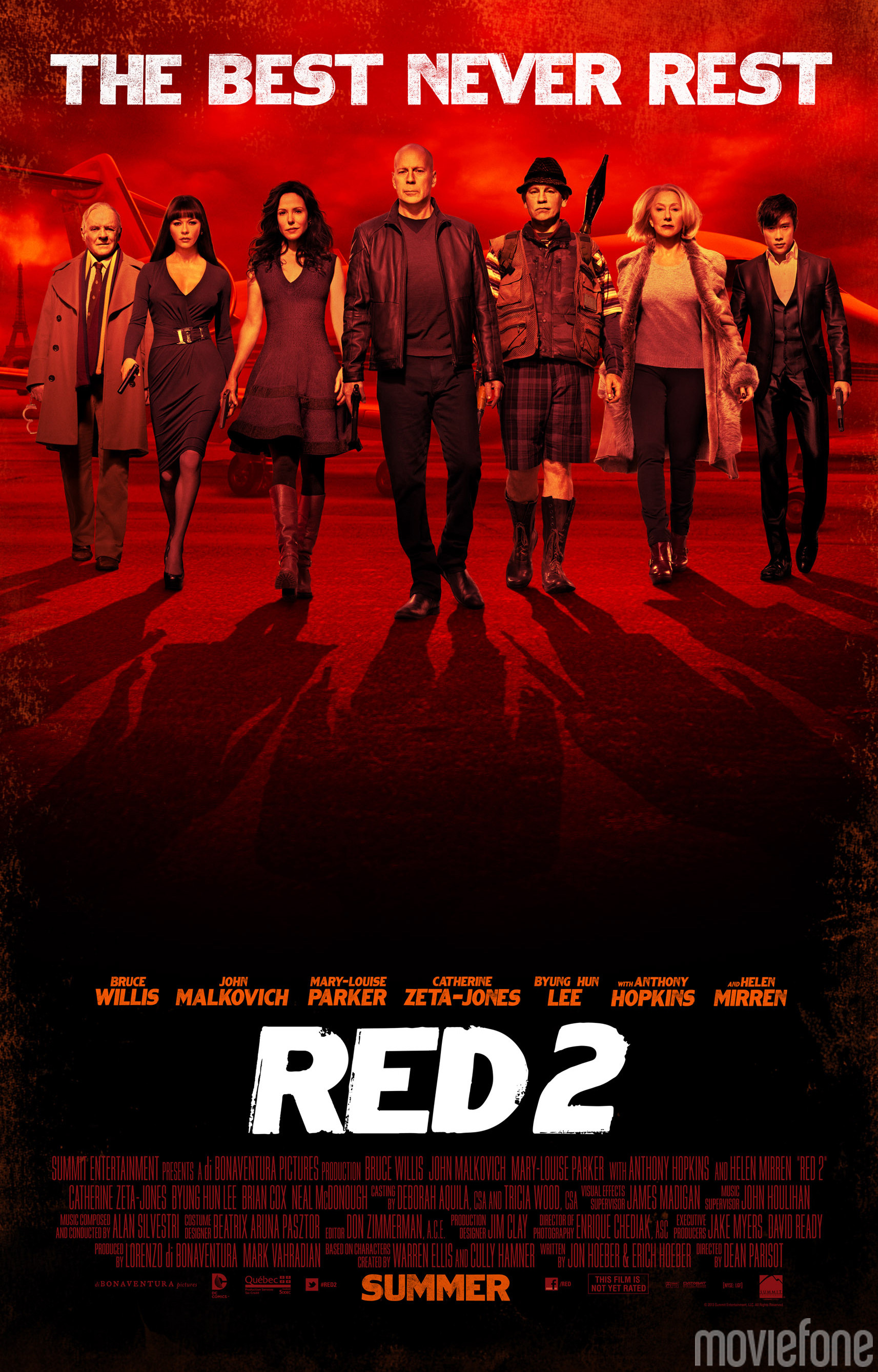