Next week an epic new time travel series begins with the publication of Scott K. Andrews’ TimeBomb! So, we’re getting into the swing of things and picking out our favourite time travel travellers…

If time travel was possible, could we change history for the better?  How would the butterfly effect alter our ‘today’? By removing an evil man from history (Hitler for example) wouldn’t the world be a better place now? And the same goes for prevention of assassination. If JFK had lived, would the effects of the Vietnam War have been mitigated? Would Martin Luther King’s own assassination have occurred? This is the simple hypothesis. The best of speculative fiction shows the past as far more complicated than we can imagine. As Stephen King illustrates in this magisterial novel, the past contains infinite good possibilities and infinite dangers as well. Whatever our intentions, however noble they may be, the past is resistant to change, is ‘obdurate’, will throw obstacles in the traveller’s way and even should they ultimately succeed in their cause, the consequences will be far from what they imagined they were going to be.

It’s 2011. Retired and divorced High School teacher Jake Epping discovers an amazing secret. At the rear of the diner owned by his friend Al Templeton in Lisbon Falls, Maine, is a portal that leads back to a specific moment in 1958. A person can travel back there and live as long as they like in that era, but on the return journey they will discover only two minutes have elapsed in the present day. If the portal is used again whatever they changed in the past will be ‘reset’ and the past narrative will be as if no previous journey had taken place.

Al has returned to the past specifically to prevent Lee Harvey Oswald’s assassination of JFK in Dallas but has contracted terminal lung cancer in the wait. He hands over the baton to Jake. Jake is an honourable man and has little left to live for in the present. He knows he will be trapped literally ‘forever in the past’ if he carries off the mission and wishes its effects to be permanent but, gamely, he embraces it. But he soon discovers that the past is not so easy to change; that strange shifts in the space-time continuum will thwart him, and, most importantly, in the five year wait until that day in Dallas, real life will intrude. He will find he actually likes the uncomplicated, more straightforward  world of the late 50s to 2011, he will fall in love and then be forced to reveal his true identity to his girlfriend.

11/22/63 is a book that has everything. There is the speculative thread that in every section challenges us to think deeply about history and our role in it and there is the horror element where the ‘obdurate past’ comes to life and reality shifts and bends in alarming ways. Finally, there is the incredibly fine recreation of that vanished time which allows us and Jake to live and breathe in what some might think of as a vanished golden age, but a golden age which this novel shows is a time that is best to leave alone; a time that is impossible to bring back to our present.

Jana, Kaz and Dora in TimeBomb by Scott K. Andrews

Nothing beats a good time travel yarn, which when done well combines history, a little fish-out-of-water comedy, and some really grand adventuring. As a history buff from way back, I’ve loved time travel stories since I was a kid. So it’s the realisation of a life-long dream to be able to publish a time travel story of my very own: Scott K. Andrews’ fabulous TimeBomb, which has everything I love in spades, and more. Best of all, it’s the first of a trilogy… and though I can’t share what I know about what’s to come for our three protagonists, I can tell you that it’s awesome.

In TimeBomb, three teenagers – Jana from future New York, Dora from 17th century Cornwall, and Kaz from present-day… well, everywhere, but currently England – find themselves huddled together in the undercroft of an abandoned stately home, the once-formidable Sweetclover Hall. Dora knows if from her time, when she was a scullery maid there, but how it connects the other two, much less what three people from different periods of time are doing there – remains a mystery. But it’s one they won’t have time to solve immediately, as the villainous Lord Sweetclover – the same Lord Sweetclover Dora once worked for, three hundred years ago – seems intent on capturing them, for purposes unknown. They quickly discover that, when they clasp hands, they can travel through time… but with no control over their power, and less understanding of it.  As they do their best to stay one step ahead of the innumerable forces who are bearing down on them from three different points in history (or more!) Jana, Kaz and Dora find themselves thrust into the centre of the adventure of many lifetimes.

TimeBomb is utterly, fabulously fun (and it publishes next week!) and I couldn’t be prouder of Scott and what he’s accomplished with it! (And if you’re in London on Thursday the 9th, drop by Forbidden Planet for the launch! Amongst his many talents, Scott is also a brilliant performer; you will not want to miss the excerpt he’ll read aloud!) 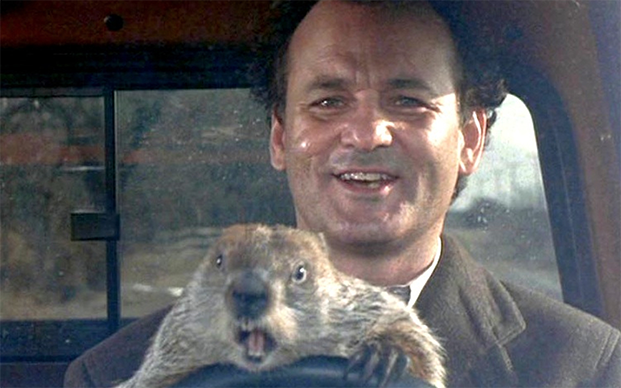 Grumpy weatherman Phil finds himself stuck reliving the same day time and again ad infinitum, and to make things worse it’s not just any day: he’s stuck in a tiny town in the back end of nowhere, presenting a report about a weather-forecasting rat. Fortunately, though, his attractive producer Andie MacDowell is there with him, and it strikes Phil that he can use the situation to make her fall for him. Cue a medley of failed seduction attempts, general misadventures, and ultimately some properly sweet moments as Phil learns that you can’t rehearse for a perfect day – awwww.

Hermione Granger in Harry Potter and the Prisoner of Azkaban 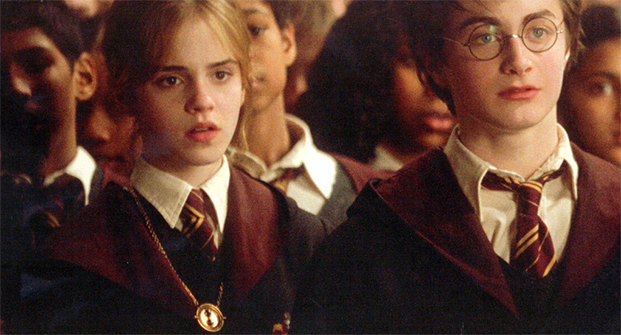 So, after being given her time travel device, Hermione doesn’t go walk with dinosaurs, or rub shoulders with Tudor monarchs, or even take a trip to meet her ancestors, she uses it so she can attend more classes than her timetable will allow. Which I love. This gets to the essence of one of the things that I love most about the series: though they live in a world where magic can do everything from creating snot bats to killing people, lots of its applications are actually kind of mundane because magic is part of their ever day lives. Not that Hermione is boring – using the time turner to take extra lessons is one of the many things that cements her as a geek icon. 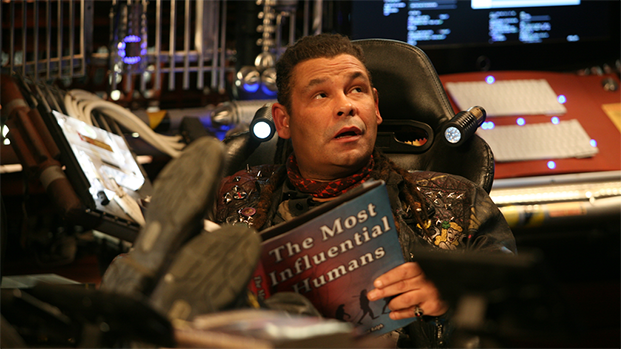 It has to be the last human being alive, Dave Lister from the long-running cult TV series, Red Dwarf. The ultimate time traveller who unwittingly becomes his own father, steals Hitler’s banana and crisp sandwich, visits a version of earth where time travels backwards and undrinks several pints of lager, meets Jesus (no, not that one), meets himself in the past AND the future (several times), saves JFK (and subsequently persuades him to top himself anyway), much of this in the pursuit of a curry (of course).

His fate is apparently to end up as just a talking brain in a jar… but we all know the future isn’t written yet… don’t we?

Can’t get enough time travel? Check out this Epic Rap Battle between Doc Brown and Doctor Who… and vote on whose time travel reigns supreme!