Things we read and watched in January

From death gods to severed heads, the best things we read and watched in January. 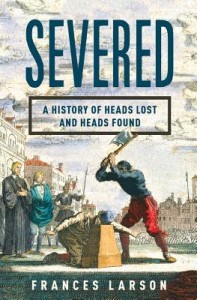 Severed: A History of Heads Lost and Found

From shrunken heads to the French Revolution to ISIS, Frances Larson’s fascinating, appalling history of the severed head has it all. There’s history, mystery, totally gruesome horror, and absorbing insight into why we seem so drawn to heads that aren’t attached to bodies – and what that means. The chapters on wartime atrocities are not for the faint of heart (or stomach), and the chapter in which the author considers the head as a subject and an object of art is a little weak, but overall Severed gave me exactly what I was looking for: a considered, sensitively done, anecdote-heavy history of the head after it’s no longer attached to a person. 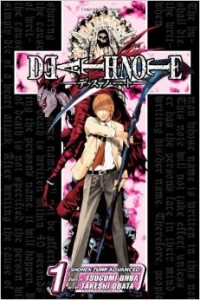 Death Note Volume 1 starts with two very bored people: high school overachiever Light Yagami and Ryuk, a death god with not one but two supernatural notebooks that allow the user to kill anyone whose name and face they know. Ryuk decides to switch things up and send his spare Death Note to the mortal realm. Light Yagami picks it up, and puts it to good (and then not so good, and then really not so good) use. Death Note is fun and fast-paced, and Ryuk and Light are a hilarious murderous double act. 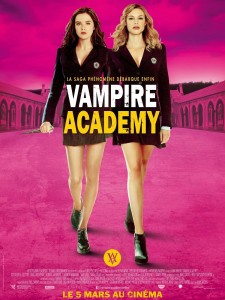 This month I discovered that Vampire Academy is now on Netflix and, against my better judgement, decided to give it a go. I mean, I’d heard some fairly damning reviews of it but I thought, hey, it’s vampires at a boarding school – how bad can it be?

Well, the answer is: quite bad. All the ingredients were there for a really fun film, and yet it just didn’t work. Part of the problem was that they’d tried to fit too much into one film, so that there were several jarring moments where it seemed just to have skipped over hours of vital plot points. I also wasn’t sold on the cast, particularly Zoey Deutch who plays the lead character of Rose – she’s obviously very talented, but her portrayal of Rose was totally unconvincing for me, maybe because she was too smart and sassy and didn’t convey any of the teenage vulnerability that would have made the character sympathetic

Anyway, if you’ve got a couple of hours to kill and are in the mood for some light and fluffy vampire action, then you might want to give this one a try. For me, sadly, it felt mostly like 104 minutes of my life that I’ll never get back… 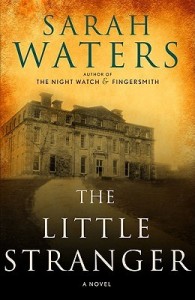 I just finished reading The Little Stranger by Sarah Waters. Very gothic horror haunted house, I completely devoured it. Beautifully written and even though it’s not an in-your-face horror fest it kept me grip with its tiny sinister hauntings and the promise that something might suddenly happen. Extremely atmospheric.