Posted on September 22, 2014 in Fun Stuff with tags Exhibitions and events

Greetings from Stirling, Scotland! Well, reverse-greetings, I suppose; we’re back in London and hard at work. But imagine we’re waving to you from two days ago.

Ruth Tross and I spent the weekend at the Bloody Scotland festival, getting our thrills and chills on surrounded by some of the most amazing writing talent out there. But we managed to take a little time to explore the city itself, and were delighted to discover all sorts of beasties – so we thought it might be nice to introduce you to the Stirling Beastiary. If you’re ever in the area, why not see what other little monsters you can turn up? 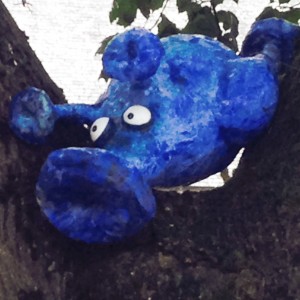 This intriguing little blue monster was one of a few hanging out in the trees outside the Stirling Highland Hotel. 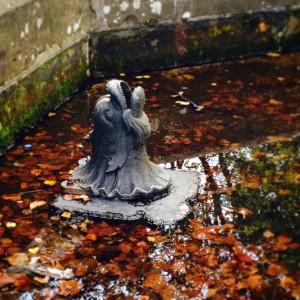 This dolphin spouts water in the spring and summer, but was taking a seasonal siesta when we visited. He’s in the Black Boy fountain off Port Street and King’s Park Road – the fountain commemorates the Black Death, which killed 30% of Stirling’s population. 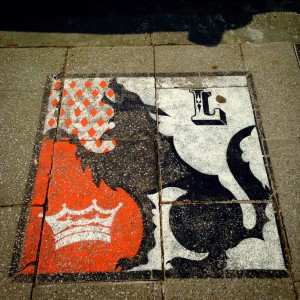 There were a number of these wolves painted on the pavement around town; I never learned the exact reason why. But Stirling is said to be the last place in Scotland where wolves roamed the streets, as commemorated… 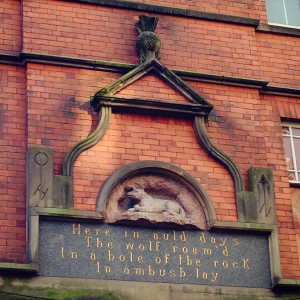 …by this monument on (I believe) Dunbarton Road. 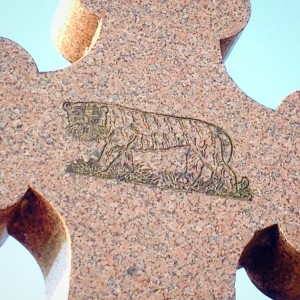 A tiger sporting an amazing set of whiskers decorates a cross outside Stirling Castle. Seriously, a walrus would envy those whiskers. 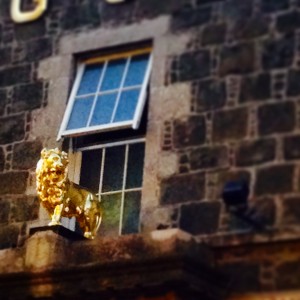 One of the largest and most famous hotels in town is the Golden Lion, which (appropriately) boasts a lovely golden lion. 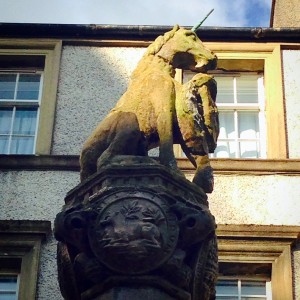 A unicorn sits atop a pillar on (I think) Lower Castle Hill. He’s looking a little green these days, but no less regal for it. 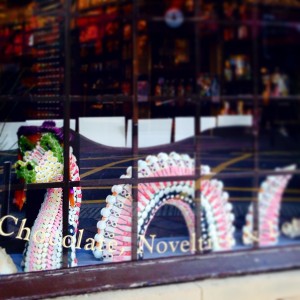 Some enterprising soul built a Loch Ness Monster out of sweets. We were most impressed by the tam o’shanter. 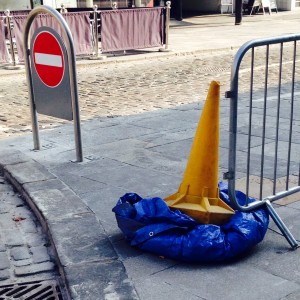 Finally, I found evidence of giants in Stirling, though I didn’t spot one myself. One of them dropped a very large ice cream cone on the sidewalk. I hope the kids weren’t too disappointed!