Posted on January 12, 2016 in Film with tags Science Fiction

Since Fritz Lang unleashed ‘false Maria’ on the world, cinemagoers have been fascinated with AI and this year our screens have been packed with intelligent machines. From blockbusters to indie masterpieces, it’s time to take a look back at the rise of the machines in 2015.

In a year stuffed to the brim with cinematic A.I., nothing has been better than Ex Machina. In the last decade, Children of Men, Monsters, Moon and Under the Skin have proved that British science fiction can be a truly wonderful thing. Ex Machina is a continuation of this trend.

Ex Machina explores the question: what if Google created a robot? 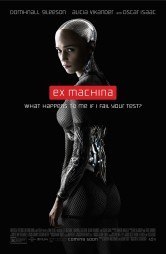 Nathan is CEO of Bluebook, our fictional search engine, and lives in a secluded technological oasis. Caleb, a Bluebook programmer, wins a visit to the oasis. Upon arrival, it is abundantly clear that this is not a holiday, as Nathan unveils Ava, the hypnotic A.I. Sex, deception and sympathy are all caught up in the human/android trust triangle as the technological achievement reveals its sinister undercurrents.

Written and directed by 28 Days Later screenwriter Alex Garland, Ex Machina is a highly intelligent film that relishes in the afterglow of Blade Runner. It moves both swiftly and slowly, managing to always hold a very tangible tension.

An outstanding cast orbits the modern day fable. Domhnall Gleeson, of upcoming Star Wars fame, is Caleb and his usual heartfelt self. His Force Awakens co-star, Oscar Isaac also shines as the Steve-Jobs-ian figure of Nathan. Nathan’s appearance is unforgettably disturbing, his actions haunting in their moral ambiguity.

Yet, Alicia Vikander, as the all-too-human A.I., steals the show. Vikander’s seductive vulnerability is as sweet as a poisoned apple, and feels just as deadly.  The seclusion of the Norwegian mountain retreat gives real threat to Ava’s unknown potential, creating a thriller full of uncertainty. Ex Machina has no sure villain, no certain right or wrong actions and flourishes in its haziness.

In the aftermath of Ex Machina, many American films tried to harness the A.I. interest with varying successes. Terminator Genisys failed to relive the franchise’s glory days, Jurassic World poked a toe into the field with a genetically engineered nasty and Ted 2’s artificially intelligent protagonist loosely wafted in, and straight back out, of the argument.

Even the cinematic goliaths of Disney couldn’t get it right. For all its promise of a bright future, Tomorrowland brought nothing new. It’s nicey-nice approach to the utopian genre fell flat as a pancake and its attempt at including an overarching A.I. wasn’t handled with enough importance to feel anything other than disappointing. The mechanical henchmen came straight out of the Clone Wars, the portals were very reminiscent of Stargate and the fighting robots would have been unworthy of a spot in Real Steel. 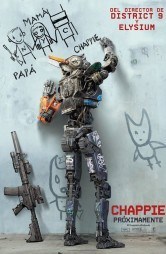 Yet, the biggest failure of the bunch had the potential to be the best. Anyone who has seen District 9 will know that Neill Blomkamp can make intelligent, poignant and thrilling cinema. His career hit a slight road bump with Elysium, and caused a multi-car-pile-up with Chappie.

In Chappie, Deon Wilson (Dev Patel) manages to create the world’s first A.I. but is forced to import it into a faulty physical form. His ambition to create a robot that can think and feel is charming and retains Patel’s innate magnetism but this isn’t the masterpiece dreamed of. The chosen issues of family, survival and learning work but feel childish and a little pop-corny. As well thought out as their messages may be, and as different as it to wants to be from Ex Machina, any real gravitas is missing.

The film’s saving grace is the A.I. Chappie’s childlike curiosity, boyish humour and instinctive humanity makes him an endearing A.I. on the level of Wall-E. Sharlto Copley’s voice work is the perfect finish to the android, handing him a naivety and a vulnerable strength that is only a joy to watch. Yet, Blomkamp’s Chappie can only pale in comparison to Garland’s mystical Ava.

The only 2015 flick that can compete with Garland’s artificially intelligent handiwork is the second highest grossing (pre-Star Wars). Avengers: Age of Ultron may have $100 million or so less than its predecessor, but it was universally regarded as a worthy sequel. Age of Ultron continued the perpetual trend of villainising artificial intelligence with Ultron, a sentient entity bent on wiping the slate clean. The slate of humanity, that is. 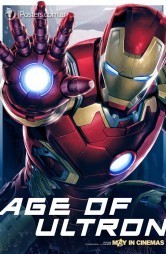 Ultron shifts between physical forms as he grows in knowledge and strength. The would-be conqueror is Siri on steroids, kicking ass and absorbing the web’s ocean of information. Move over Skynet. His over-rational decisions lead the being into a collision course with the very team that birthed him.

To match Ultron, Tony Stark takes to the drawing board and creates a second A.I. That’s right, Age of Ultron features double dueling ‘droids. This is not Ultron 2.0 but a comic-book favorite. Stark’s floating butler Jarvis gets his ride pimped, becoming a physical force. In an interview with Mashable, The Vision (Paul Bettany) said he is “sort of omnipotent, and yet totally naive, and he’s learning the world in real time and trying to work out his place in it, and his purpose, and what powers he has … and potentially what threat he is to the world.”

Side-by-side this may seem to be taking a leaf out of Chappie‘s playbook, but this is a very different picture, with a very different level of success. The film flourished and was a resounding success, mainly down to the central robotics.

Ups and downs, very high highs and rather deep lows; 2015 has certainly been a year of cinematic A.I.. The franchises may have stumbled, Disney may have regretted its casual attitude but Marvel proved there is both money and interest in artificial intelligence. If Ex Machina’s climax is anything to go by, it seems 2016 will also be full of artificially intelligent beings; both on and off screen. 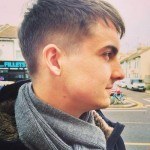 Jake is a freelance journalist.