The judging panel for the Hodderscape x Science Fiction 22 competition

Posted on July 25, 2022 in Competition, Science Fiction with tags

We’re thrilled to announce the talented judges who are on the panel for the Hodderscape x Science Fiction competition. To celebrate the Science Museum’s Science Fiction exhibition opening in October we’re joining forces to launch an exciting new writing prize.

This summer we’re championing science fiction writers and hope to uncover exciting new talent across the country as we opened submissions on 4 June for the inaugural Science Fiction Debuts Prize. 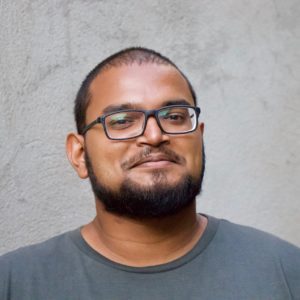 classified as part of a new wave of South Asian science fiction writers. His work has appeared in Wired, Foreign Policy and Slate. His novel The Salvage Crew has been lauded as one of the best science fiction and fantasy books of 2020.

He is noted for being a proponent of human-AI collaboration in fiction as well as being the co-founder of Watchdog, a fact-checking organization founded partly to counter misinformation in the wake of state propaganda and inaction. Wijeratne is the second Sri Lankan to be nominated for a Nebula Award since Arthur C. Clarke and was selected by Forbes as one of 2021’s 30 under 30. 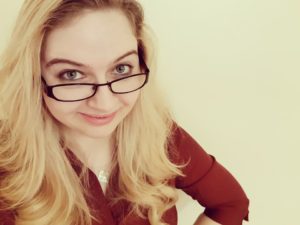 ‘From Ursula Le Guin to Ted Chiang, science fiction is without a doubt one of my favourite genres and I was absolutely thrilled when I was invited to join the judging panel for the Science Fiction Debuts Writing Prize. From critiques of our current world to vision of hopeful futures, I cannot wait to see what the next generation of writers has in store for us.’

Stevie Finegan (she/they) joined the Zeno Agency at the beginning of 2020 after working for science fiction and fantasy imprint Gollancz, adult non-fiction publisher Icon, and far too many Waterstones bookshops. She lives on a narrowboat in London and in her spare time writes queer romcoms. 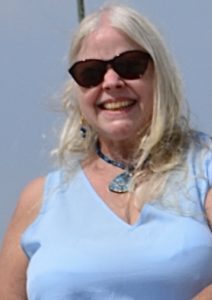 Jo Fletcher is founder and publisher of Jo Fletcher Books, Quercus’ specialist horror, fantasy and science fiction imprint, following 16 years at Gollancz, and stints with Headline, Macmillan, Hamlyn’s Mandarin imprint and Penguin’s Signet horror list. She is also a writer of both fiction and non-fiction, a ghost-writer and occasional poet, following earlier careers as a Fleet Street journalist, and a film and book critic. She’s won awards for her writing and services to the SFFH genre, including the Horror Writers’ Association Life Achievement Award, the World Fantasy Award, the British Fantasy Award and the International Society of Poets Award. 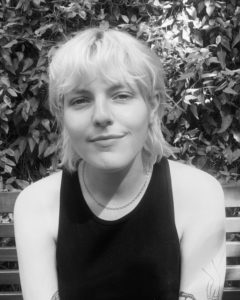 Gaby Lee is the genre fiction buyer at Waterstones. Based in the Piccadilly Head Office, they are responsible for buying and promoting new science fiction and fantasy titles, as well as new crime, graphic novels, manga, and poetry, for the Waterstones shops and website. They joined Waterstones in 2016 as a bookseller at the Piccadilly branch while completing their degree at University College London, and joined the central buying team at Head Office in 2018. 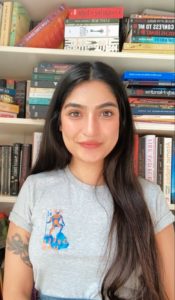 Natasha (Tash) Qureshi is an Assistant Editor and the tiny cog behind the editorial mammoth that is Hodderscape. While keeping things tinkering along, she spends her days rummaging around for commercial fantasy and science fiction gems. She strongly believes in being a professional fangirl and has an unhealthy obsession with authors like Sabaa Tahir, Natasha Ngan, Tomi Adeyemi, and Laini Taylor. She is also 99% chainsaw and worships the dark gods: Stephen King, Paul Tremblay, Grady Hendrix, and Anne Rice. Off-planet and cruising through the Galactic Commons, you can find her rereading a battered copy of The Hitchhiker’s Guide to the Galaxy. One day she’ll find a way to travel back in time to see the hanging gardens of Babylon. 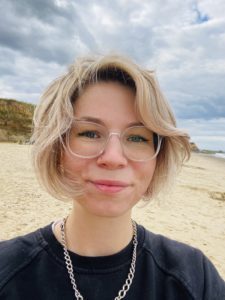 Molly Powell is the Editorial Director of the Hodderscape list at Hodder & Stoughton, publishing award-winning and bestselling commercial young adult and adult science fiction, fantasy and horror books. She is a lifelong lover of the genre – begun with an early, and rather futile, ambition to read every SFF book every written (don’t worry, she’s still trying!) – big-feeling stories with heaps of heart, and is the proud mum to one extremely fluffy cat.

For full details on how to enter the competition, head here!