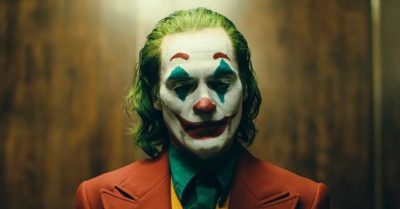 Posted on October 18, 2019 in Film, Review with tags Film Review, The Joker

What were your initial thoughts on Joker as you walked out of the cinema?

Sorcha: My initial thoughts were: ‘Wow! Well that was some amazing acting wasn’t it?’ My eyes were transfixed to the screen throughout the whole film, and I absolutely loved learning about the Joker’s back story. The whole cinema was in a stunned silence, even when the lights came up!

Oliver:  It’s very difficult to discuss the end of the film without revealing a BIG spoiler. There was silence in our cinema too, but I took it more as puzzlement on the part of the audience. The ending is so ambivalent that it colours everything you might have thought about the film up to that point and this was certainly the talking point as my daughter and I had dinner afterwards.

Joker is one of the most discussed films of 2019. What’s the most interesting talking point of this film?

Sorcha: A massive part of the Joker’s character in different comics and films is how crazed he appears. I found it interesting how in the film the Joker talked about himself having a mental illness, and showed an awareness of this aspect of himself. Mental health is importantly becoming a big topic of discussion in society today. I think it was thought-provoking to see the film portray the Joker as not being inherently evil, but instead illustrated that at the Joker’s core he is having the very human issue of struggling with his mental health.

Oliver: Despite the DC setting of Gotham City (to me an accurate mirror of the New York and Brooklyn of the 1970s with trash strikes and societal breakdown) the movie is not really a superhero/villain picture but a study of society teetering on the edge of anarchic violence.   It’s not so much Marvel/ DC as an homage to a film like Taxi Driver, but, because of the semi-fantastical setting, not so persuasive in my view.  I think what people are really talking about when they praise the film is Joaquin Phoenix.

What did you think of Joaquin Phoenix’s Joker performance?

Sorcha: I was personally not a fan of Jared Leto’s Joker in Suicide Squad, so I was very happy someone else was taking over the role. Joaquin was incredible in the film, and I was mesmerized by his acting from start to finish. It was amazing how he became the Joker physically, and you can tell he wanted his whole self to become ‘the Joker’. There were some moments where he didn’t need to say anything to leave you on the edge of your seat. Even just a simple look or walk had you hooked. He definitely got the creepy laugh right too!

Oliver: His performance is a masterpiece of very uncomfortable, delusional, edgy craziness. Unlike Sorcha, I didn’t take it as an origin story as the end presents us with a dead end. I suppose the message is: watch out when you stare into the Abyss, because the Abyss will stare right back into you, and that is what Phoenix conjured.

What did you like/dislike about the film?

Sorcha: I never really knew the Joker to have an origin story. For me the Joker has been a recognisable and iconic villain I’ve known about from a young age, like many others I’m sure. To see his beginnings, and also the past of Gotham City, helped give more detail to the world of Batman. Before I’ve always just stereotyped the Joker as bad and the Batman as good, not giving much thought into either of their pasts.

If I had to say what I disliked, I think it would be that the build up to the ending could have been cleaner. I loved all the Murray show scenes and Robert De Niro was just fantastic in his role, but it was of those films that multiple endings and you just never knew when the real ending was going to happen.

Oliver: I’ve discussed my feelings on the ending. Before that Phoenix’s performance had me in its spell and the Gotham setting graphically delivered. The film had an almost hypnotic effect, both good and bad, of wanting to look away but unable to do so. I felt this particularly during the night club and the Murray Show scenes, but the feeling was actually there throughout, and, I guess, that is exactly  the effect the Joker should have on us.

What you recommend this film to a friend?

Sorcha: Most definitely! Who doesn’t love a film about one of the best villains around?

Oliver: I’m a bit curate’s egg about it. There were bits I liked, there was a lot of ‘squirm factor’ and other bits I disliked. 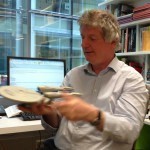