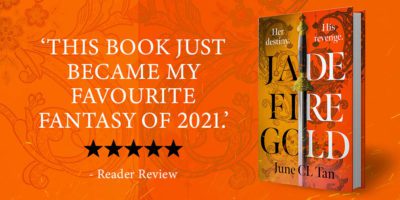 Today we’re super excited to be sharing an exclusive video filmed for us by June CL Tan just for you Hodderscape followers! June talks us through her inspiration behind Jade Fire Gold, and teaches us a little about growing up in Singapore.

Her Destiny. His Revenge…

Ahn is no one, with no past and no family.
Altan is a lost heir, his future stolen away as a child.
When they meet, Altan sees in Ahn a path to reclaiming the throne. Ahn sees a way to finally unlock her past and understand her lethal magical abilities.
But they may have to pay a far deadlier price than either could have imagined… 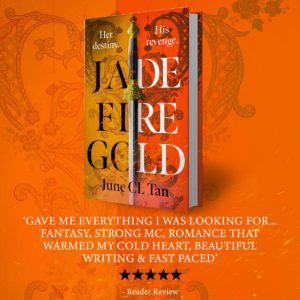