The Golden Rule for Writers

There isn’t, as far as I know, a Golden Rule for writers. Murder Your Darlings? Read It Aloud To Yourself? Take Out All The Adverbs? Have A Day Job? Don’t Compose Imaginary Award Acceptance Speeches? All worthy candidates, but none the indisputable 24-carat real thing. If I absolutely had to choose one rule that comes nearest, I’d probably go with this one: Never, Ever Surrender To The Temptation To Answer Your Critics.

Terrific advice it may be, but it’s still not quite 100% pure gold. A smidgin of base metal must remain, because I know of one heartwarmingly lovely exception to the rule.

Near the end of his life, the poet Coleridge recorded his memory of a conversation with his acquaintance and fellow-poet Anna Barbauld, on the subject of his famous ballad “The Ancient Mariner”. (Remember “The Ancient Mariner”? — sailor goes on voyage to polar regions, shoots random albatross, is subsequently tormented and then blessed by various supernatural visitations?)

“Mrs Barbauld once told me,” says Coleridge, “that she admired The Ancient Mariner very much, but that there were two faults in it — it was improbable, and had no moral.” (A three-star review, if you like.) Faced with this, instead of doing the writerly thing — biting his tongue and feigning tolerance before going off to bang his head against a wall — Coleridge apparently decided the critique was worthy of a reply. For once, the result was worth it:

“As for the probability, I owned that that might admit some question; but as to the want of a moral, I told her that in my own judgement the poem had too much; and that the only, or chief fault, if I might say so, was the obtrusion of the moral sentiment so openly … in a work of such pure imagination.”

I love this. I’ve been reading fantasy books for as long as I can remember reading, and (much more recently) writing them too, but I don’t think I’ve ever come across an exchange which suggests so much about what makes fantasy fantasy. No, says Coleridge, it has nothing to do with “probability” (realism, we’d now say); and No, it doesn’t have a “moral”. It’s this other thing instead: a work of pure imagination.

One of the reasons I love the phrase is because it cedes so much ground. It’s accepting the criticism and then some. It’s almost saying that fantasy writing isn’t about anything at all. We fantasy-lovers occasionally like to say that our books tell us about eternal things like courage or persistence or suffering; that if you distil away all the dragons and elves and axe-wielding barbarian amazons you’re left with essential truths about people’s choices and feelings, just as you would be if you were distilling the glumly unconsummated affairs and lingering professional disappointments of a story about people like us, a “realist” or “mainstream” story. Well, maybe. But I wonder whether this line of defence isn’t a bit … defensive? It’s as if Coleridge had blustered, “Actually, Mrs. Barbauld, my poem has plenty of probability in its own way, and oh by the way there really is a moral, a jolly important one, just as important as the ones in your poems …”

Which might be the case. But I’m tempted by the thought that you don’t start there, if you’re going to decide to take fantasy seriously. You start elsewhere instead: your first claim, your first commitment, is to “pure imagination.” Isn’t this, after all, what pulls us into fantasy? It’s the dragons and elves and warrior women we love, the scenery, the atmosphere, the wonder. Above all it’s the particular experience of entering an otherworld and feeling our imagination expand to take it all in, like Lucy when she first stumbles out of the back of the wardrobe to find herself alone in a snowy wood. Of course the things that happen in those otherworlds matter too: the choices characters make, the sufferings they inflict or experience, the resolutions they achieve, all that stuff which adds up to the moral of the story. But — like Coleridge — I’m tempted by the thought that those things are in fact less important to fantasy than something more elemental and instinctive, something almost defiantly empty of “realism” or “probability” or “truths about the human condition.”

It’s a lot to give up. If fantasy can’t lay hold of any of that stuff — the things fiction’s supposed to give us if it wants to be worthwhile at all — then is it anything more than pointless self-indulgence? Genius that he is, Coleridge has thought of that. His answer to Barbauld has a twist at the end. Not only, he says, does his fantastical-supernatural poem require no moral, but it ought in fact to suspend the very idea of morality; it should dismantle the structures which organise the moral universe:

“It ought to have had no more moral than the Arabian Nights’ tale of the merchant’s sitting down to eat dates by the side of a well, and throwing the shells aside, and lo! a genie starts up, and says he must kill the aforesaid merchant, because one of the date shells had, it seems, put out the eye of the genie’s son.”

Now he’s not just surrendering ground; he’s actually making a rather strange and wonderful claim for the territory of “pure imagination.” He’s saying that fantasy doesn’t just give up the kind of ambitions that “realist” writing ought to have; it replaces them. There’s no moral in the world of fantasy, he says, no truths about the human condition lurking behind the dragons. Instead there are other kinds of meanings, powers. The genie’s logic belongs to some world we don’t know about at all. It’s alarming, terrifying even. What’s the poor merchant supposed to say? He’s come up against something which operates by entirely unknowable rules.

But isn’t this how it should be, when we open the covers of a book (those of us who still open books with covers) and find ourselves somewhere completely different? Why should fantasy try and defend itself by saying that it’s just the same as mainstream writing, once you strip out all the scenery? The scenery, the magic, the wonder, the “pure imagination”: that’s what grips us at the start. I wouldn’t complain if that was what I was left with at the end of the book too, instead of a moral, or an insight into human bravery or (God help us) the power of love.

So maybe we can let the dragons and elves remain dragons and elves, defiantly fantastical and amoral. Maybe we can leave the deep power of fantasy writing embedded in the moment when you find yourself, against all probability or even possibility, in a beautiful wintry wood instead of at the back of a cupboard. Perhaps the main thing fantasy does for us — the special, distinctive thing — is bring the power of imagination to life in front of our own eyes, to make us feel what it’s like to arrive somewhere utterly enchanted and new: and, perhaps, that feeling matters more than anything we learn about morality or human behaviour while we’re there. I like to think that Coleridge shouldn’t have tried explaining this to Anna Barbauld at all, but cleared his throat instead, and let his famously expressive eyes go dreamy, and recited a quatrain from his poem:

We were the first that ever burst

Into that silent sea.

To which, I think, there could have been no answer. 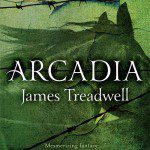 James Treadwell was born, brought up and educated within a mile of the Thames, and has spent much of his life further reducing the distance between him and the river. He studied and taught for more than a decade near the crossing at Folly Bridge, Oxfor …