The death of genre 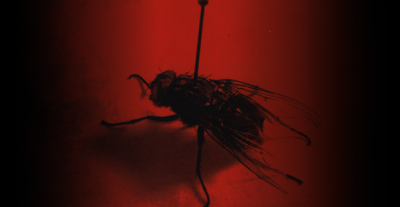 Many people are fans of a particular type of fiction; crime, western, science fiction, horror, literary, whatever. Most genres have their boundaries. They have a definition and you’ll find them in particular places within bookshops and libraries. Science fiction and fantasy in particular live within closeted communities.

A growing trend that I’ve noticed over the past couple of years – which in truth has been building slowly for a while longer and is perhaps inevitable thanks to globalisation, social media and diverse culture – appears to be genre-defying novels. Although that in itself isn’t such a big deal. It is a big deal however, when these novels start being the best novels written. Science fiction and fantasy aren’t dead. Ann Leckie has written a space opera, Ancillary Justice, which has received praise and credit from all quarters.

It is the authors that throw off the shackles of tradition and convention who will excite readers and push genre fiction into brave new territories. If you try to list the genres and sub-genres with science-fiction and fantasy – even if you’re brave enough to try and define those terms – you’ll need a lot of patience and many wasted hours typing on the keyboard.

Here are 6 of the best books that are hard to classify. This is a good thing. A great and exciting thing. These books are exciting, not because they break the rules, but because they have no rules. They want to write great stories about great characters and genre be damned.

Somewhere in the US, students are taught to persuade and manipulate with the power of words. This is the story of Emily and Wil, a student and a man on the run. Two interweaving narrative as rivalries between factions of wordsmith known as poets intensifies. And what of the mysterious town in the Australian outback where everyone who approaches dies.

You simply can’t define what this book is and that’s its genius. It could be science fiction, because there are big sci-fi ideas such as evil organisations looking to take control of the ultimate power, but there’s nothing that reflects scientific or technological advancement. It could be fantasy. The poets could be magical. They are only using what already exists in a new way. It isn’t horror. It isn’t crime or a thriller. This book is clearly unreal but what it is? I’ve seen it described as sci-fi, action, thriller and more. It is none and all the better for it. 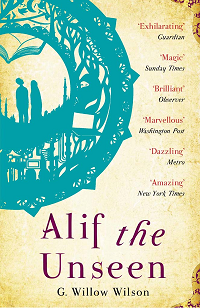 This is a middle-eastern tyrannical state sometime in the near future. Alif is an Arabian-Indian hacker and security expert. He makes his way in the world by protecting dissidents and outlaws from the state. However, when his love leaves him for a prince and his security is breached, his world falls apart. Alif then discovers the secret book of the jinn, he also discovers a new and unseen world of magic and information.

Wilson has written a book of at least two genres, which don’t compete against each other. The first part is clearly science fiction. Classic dystopia: an oppressive regime; technology on the edge of what is real for the reader but clearly derived from the modern world; and big ideas of freedom and rebellion against authority. Then, mythology and magic. Jinn are real. You don’t go, hang on, this is science fiction, you can’t just throw magic in to drive the plot. That is testament to Wilson’s world building. It feels right that in this futuristic dystopia, magic and myth are real. 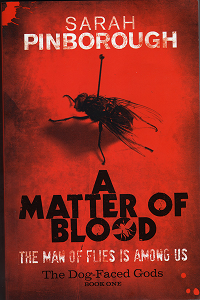 In the near future, the economic collapse is complete and crime is everywhere. One institution, The Bank, controls everything, including governments. Meet DI Jones. He’s trying to deal with some regular crime, his failing marriage and his past. Now, a couple of innocent schoolboys have been shot and there’s a new serial killer in town. His brother shoots his family and kills himself. Cass starts to see ghosts, and the owners of The Bank begin to show their power.

Pinborough’s Dog-Faced Gods books are written from the perspective of DI Cass Jones. They feature underworld criminals, murder, serial killers and police corruption. They are traditional police procedural crime thrillers. The skills of the author are clear in the telling of this story. She writes as both a seasoned horror fiction author and a thriller writer. The novel is set in the near future, although the science fictional elements are barely mentioned. Of course, the Big Corporation essentially runs the world. However, in this world, magic exists. Gods and ghosts are real, and they infect the lives of our hero. 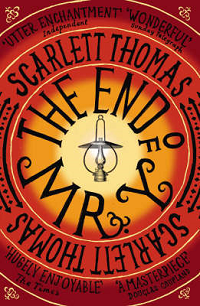 The End of Mr. Y by Scarlett Thomas

A complex tale of books, a dreamworld, quantum physics, homeopathy and nineteenth-century scientists. This metafiction features a book called The End of Mr. Y, which is a book no-one alive is known to have read. Ariel comes across a copy in a second hand bookshop she decides to follow in the mysterious Mr Y’s footsteps into the dreamworld of the Troposphere. Or is the potion she swallowed simply causing her to hallucinate? But that wouldn’t explain the missing professor and the particularly anomalous men in suits.

Such a complex novel brimming with ideas runs the danger of being a confusing and confused mess. How can you weave a plot about some many disparate ideas and themes? One page it is a literary mystery, then it is a science commentary. Soon it feels like a cyberpunk novel set in a madman’s dream. Based on a central science fiction theme of multiple worlds and quantum mechanics, The End of Mr. Y might be a science fiction novel but only in passing, as other ideas and genres zoom past a million miles an hour. 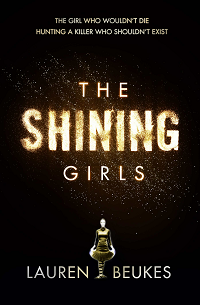 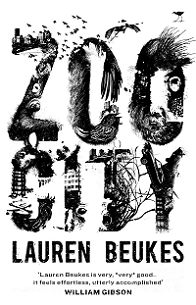 The Shining Girls and Zoo City by Lauren Beukes

Two very different novels but both have an underlying theme in that they have a premise which goes unexplained. In Zoo City (in South Africa) people convicted of crimes carry animals. Zinzi has a sloth on her back. It is a familiar. It gives her a psychic power. Zinzi needs to repay a debt so takes on a missing person case for a famous music producer. Zinzi becomes embroiled in a world of crime and magic. In The Shining Girls, a serial killer in Chicago uses a house as a time machine to stalk and kill girls; those shining with potential. Kirby is one of those girls but somehow survives her murder attempt. Harper pulls together the threads of an impossible mystery, searching for justice.

An urban fantasy novel that wins a science fiction award. A time-travel novel with no discernible time machine. In Zoo City, the familiars are not magical, but they have powers that don’t fit in a science fiction world. Zinzi’s sloth gives her an unnatural edge in her search. While the world isn’t quite ours, is it a magical one or a science fiction? Meanwhile, the nature of time travel in The Shining Girls is never revealed. The killer travels in time using the house but is it magic as opposed to science. Certainly, the shining quality of girls that Harper needs to kill them for hints at something that doesn’t belong in the science fiction genre. In both Beukes’ novels, there are no genre rules and few explanations. It is up to the reader to inhabit these worlds with complete freedom from expectations.