The Dark Side of Future Street: Noir and Science Fiction 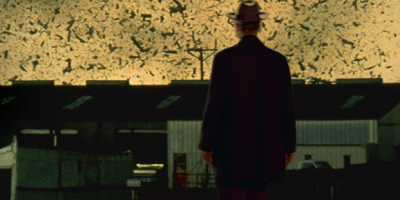 Posted on November 4, 2013 in Books with tags Elliott Hall

I have been a great fan of cyberpunk since I was a teenager.  Its combination of advanced technology and retrograde morality always appealed to me more than the clean and bright future worlds of many SF novels.  It was only later as an adult that that I came to the other genre of which cyberpunk is the unacknowledged bastard child: Noir.  The shades of Marlowe and Spade are in the background of the future-in-decay of Gibson’s Neuromancer, and out front in Richard K. Morgan’s Altered Carbon.

The moral darkness of noir was born in one of the sunniest and most optimistic places on Earth: California.  The state had been a byword for reckless dreams since 1849, and Hollywood was just the latest iteration of the gold rush.  My inspiration for The Strange Trilogy were the two great hard-boiled novelists Dasheill Hammett and Raymond Chandler, the former one of the genre’s creators and the latter its best-known stylist.

Hammett was a Pinkerton detective for several years after surviving World War One, and the combination must have been as thorough a masterclass in the darker side of human nature as was possible.  His hero was the Continental Op, a nameless, portly detective the wrong side of thirty-five, a professional above all, a working stiff who nevertheless held on to some sense of decency and fair play even though it only caused him trouble.

It is hard from the vantage point of our freer society to appreciate how transgressive noir was.  The stories of both give the lie to the clean, protestant myth American society tried to tell about itself.  Just below the surface, even in the most modern parts of the country, there was murder, greed, corruption, and sex, and they wouldn’t let their censored society ignore it.

It is this belief in a brighter future just ahead where the antiseptic stations of 2001 meet the postwar subdivisions of Los Angeles.  They spring from the common dream of scientific progress, whether that takes the shape of slum clearance or a colony on the moon.  Both also share a desire to zero out the messier aspects of human nature, build bright façades and pretend inconvenient human desires belong to a darker age. It’s why noir takes so naturally to Science Fiction, a counter-current to the optimism that is an indelible part of the genre’s DNA.

I used the combination in a near-future context for The Strange Trilogy, its world an attempt by Christian fundamentalists to build a Utopia of their own.  For avowedly spiritual people, fundamentalists share the belief with technocrats that human nature can be shaped en masse, their gay ‘cures’ a spiritual version of Asimov’s Psychohistory.  Though the trilogy has almost none of the trappings of new technology – I refused to be distracted by the shape of the cars of the size of the phones in the near future – it shares the SF obsession with the idea of progress, whether it is genuinely possible or an illusion.

Technological progress doesn’t mean moral progress, and a brave new world, whether it be a distant star or an unspoiled part of Southern California, will never purify the humans who come to live on it.  Noir never lets its readers forget the consequences of pretending we are only our better angels, and neither should science fiction.

Elliott Hall is the author of The Strange Trilogy, and you can find more from him at www.elliott-hall.co.uk.