The best things we read and watched in March

Posted on March 27, 2015 in Friday Favourites with tags

This month the Hodderscape team have been busy preparing for The Great Office Move. This mainly involves a lot of things to do with boxes. Boxes of various shapes and sizes, some filled with books, some filled with museum pieces such as VHS tapes and CDs. Also an exercise ball pump. Anyway, in amongst all this frivolity we have found some time for forms of entertainment that don’t involve cardboard boxes. Here are the best of ’em: 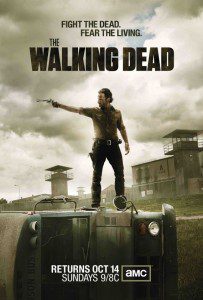 A fellow Dodo writer reported on the first two episodes post mid-season break. Her beak, and mine, had fairly hit the deck when she saw Rick’s new, strangely-shaped beard. Call us beardist and unhip but that thing had a prow like a Greek trireme or, at least, to continue my classical metaphor, jutted like King Xerxes’  bristles in 300! An online petition was started and the good news folks is that (Spoiler Rejoice!) the beard has gone. The scene when Rick entered a bathroom in Alexandria and  picked up a mirror and razor was met with ecstatic cries of joy  in my bird house. The bad news is that the funding seems to have gone out of the show. The backdrop is now invariably some dull suburban street protected by the dull corrugated iron  wall that keeps the flesh eaters out of the Alexandria Sanctuary. Within these walls the politics are murky and confused. And Rick stars acting nuts again. It made me almost miss Woodbury and Terminus: at least you knew where you stood in those places.   When a fight scene occurs it looks like it’s taking place in a warehouse of cardboard boxes, major characters are written out for no reason, those that remain seem to have forgotten their motivation and even the will to utter their lines. Only the zombie prosthetics are up to their squelching best. Bring back Frank Darabont! 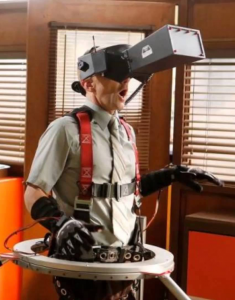 It’s cancelled. Then it’s renewed. It might be cancelled. Then it’s renewed with all the wrong people. Being a Community fan is hard (okay, not really). Even though Harmon was at the helm, I approached Season 6 with fear and trepidation. Would its new home somehow suck the magic out of it? As the characters age will the premise hold up? Will there be enough Dean Pelton?

In episode one Community addressed the first two questions in the gleefully meta way that only Community can, and then episode two knocked it out of the park by being packed full of Dean. It was Deanlightful. As the Dean discovered ‘worlds within worlds’ in a 90s virtual reality game, I rediscovered how much I love this show. 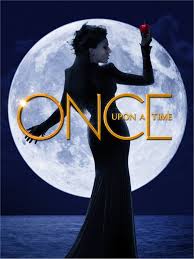 In March I got completely and utterly addicted to Once Upon A Time (I blame Netflix, as usual). I really don’t understand why I’m so hooked on it since it is truly dreadful in so many ways – terrible film quality, lousy special effects, a totally bonkers premise – and yet I CANNOT STOP WATCHING. I can’t in good conscience recommend it because there are probably many better things you should be doing with your time (and yes, things that I should be doing with my time), but I would hazard a guess that if you do give it a go, you too will succumb to its dubious charms and end up losing the next month of your life to it. 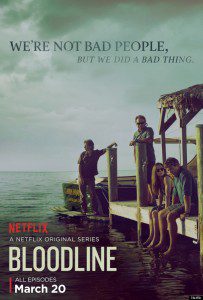 I find myself in the perilous position of mentioning something I watched but didn’t like very much: Netflix’s original series Bloodline. Good reviews, a strong premise and an actor I really like (Kyle Chandler, best known as The Greatest TV Dad of All Time, a.k.a Coach Taylor from Friday Night Lights) made Bloodline sound right up my alley. Unfortunately, I found it deeply problematic – despite being atmospheric, knotted and plotty, and very well-acted, Bloodline is sloooooooooow. I made it though six episodes before giving up, and those six episodes, each only 45 minutes long, felt like a year and a half of my life draining away. Equally as problematic: no matter how well and compellingly drawn the male characters are, the female characters are defined solely by the relationships with men. Chandler’s wife, for example, only exists to be beautiful and supportive; I don’t even remember her name. The worst served by the show, however, is Linda Cardellini’s Meg, one of the show’s primary characters. She’s meant to be a smart, competent lawyer even while her personal life’s a mess; she comes off as not very smart, deeply annoying and, oh yeah, defined solely by the men in her life – her long-suffering fiance, the man she’s cheating on him with, her father, her brothers. Who all these women are outside the men that the show circles I don’t know, because the show isn’t interested in telling me. Sorry, Netflix; this one’s a loser.