A left wing interpretation of Buffy the Vampire Slayer

Posted on April 28, 2015 in Fun Stuff, Television with tags Buffy the Vampire Slayer

I walked into work today, thinking that it would be just like any other day. I was wrong. Today was the day that I discovered Far Left Buffy , a Facebook page dedicated to providing ‘A left wing interpretation of Buffy the Vampire Slayer‘. Before I leave to join the revolution, here are a few things I learnt:

1. When you think about it, Comrade Summers engaged in a lot of revolutionary activity throughout the show

2. The role of the Slayer illustrates the value of unpaid labour

3. Giles embraced capitalism, but only to sow the seeds of revolution 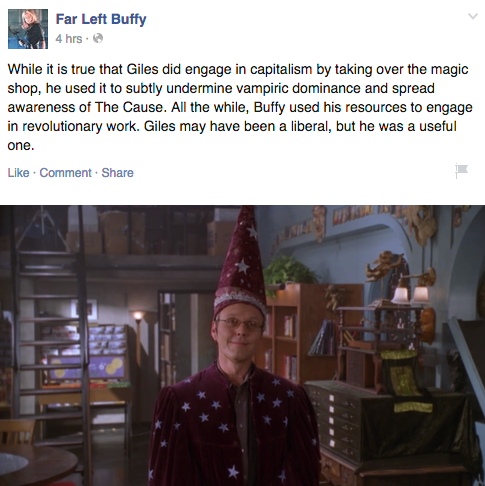 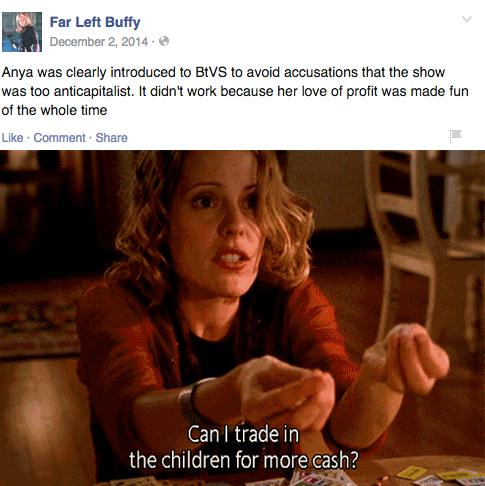 5. Once More With Feeling is the greatest symbolism of communism in Buffy 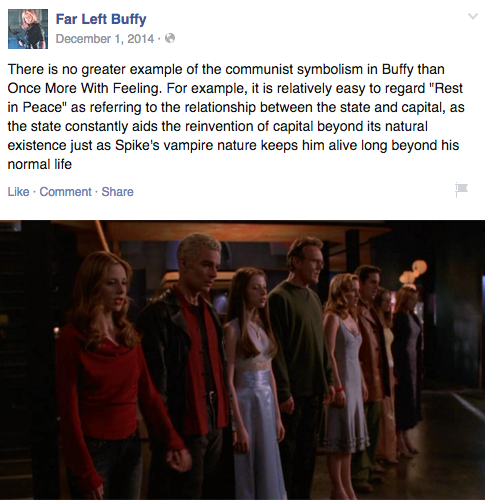 6. In any reading of Buffy the Vampire Slayer, Giles is still the font of all knowledge 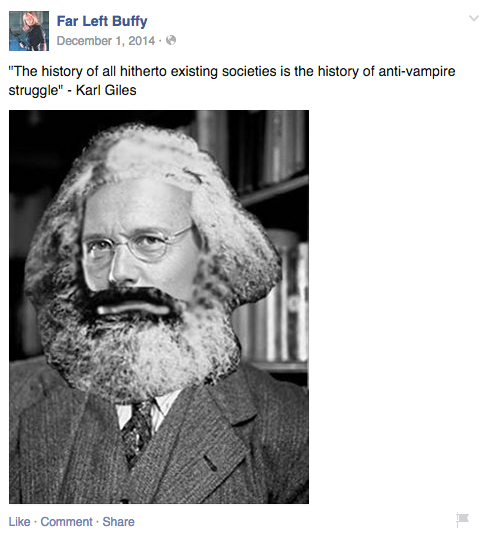 7. But, Angel may be a men’s rights activist… 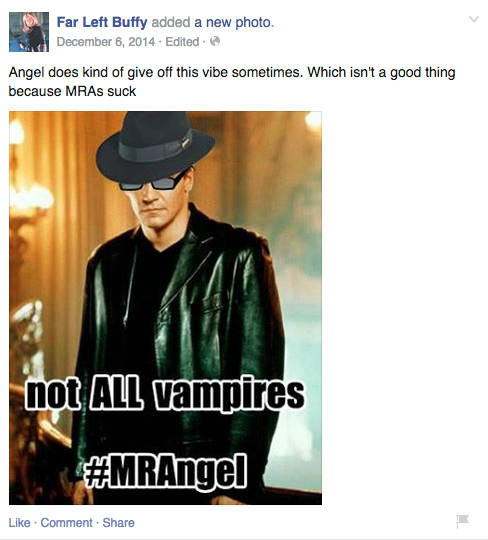 The signs were there. 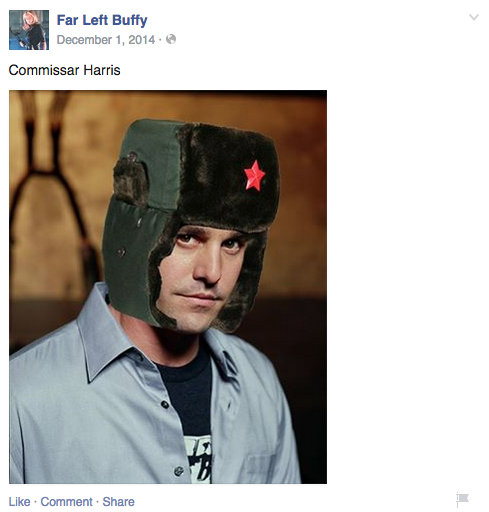 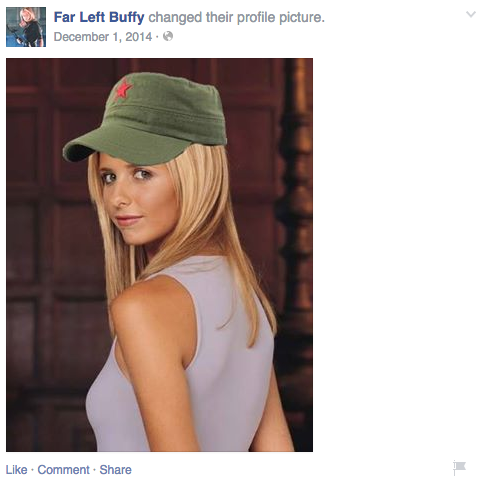 Get updates from Comrade Summers and join the revolution on the Far Left Buffy Facebook page and Tumblr.