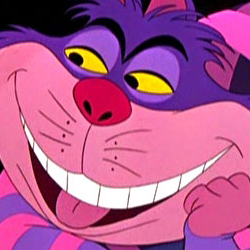 Animals are cute, talking animals are even cuter. Here are our favourites…

Charlotte the Spider from Charlotte’s Web by E. B. White

Nothing did so much in making spiders sympathetic for me as Charlotte’s Web, EB White’s beloved children’s novel about Wilbur the pig and the spider who loves him. Wilbur, you see, is born the runt of his litter, and raised by a farmgirl named Fern as a pet. But, her uncle warns her, he’s still a pig and will eventually have to meet the fate of all barnyard pigs: bacon. Wilbur befriends a spider named Charlotte, who decides to save his life by writing about what a spectacular animal he is in her web. This does, indeed, attract enough attention to keep Wilbur from his fate – although why people aren’t more excited about the literate spider I don’t know.

Charlotte’s Web teaches gentle lessons about the circle of life and the value of friendship and loyalty, and serves as an object lesson in the art of beautiful writing – as a treat some rainy afternoon, read it alongside The Elements of Style, the classic composition guide White penned with William Strunk, Jr., to get the gist of many of the lessons that that invaluable little book imparts. As Dorothy Parker once said, “If you have young friends aspiring to become writers, the second-greatest favor you can do is to present them with copies of The Elements of Style. The first-greatest, of course, is to shoot them now, while they’re happy.”

Stiff competition in this category, but I’m going for the iconic Cheshire Cat in Alice’s Adventures in Wonderland – although actually, whilst he is great in the book, I think I love him best in his psychedelic animated form in the 1951 film Alice in Wonderland.

‘But I don’t want to go among mad people,’ Alice remarked.

‘You must be,” said the Cat, ‘otherwise you wouldn’t have come here.’

Good or evil, wise or mad – as with most of the characters in Alice, you’re never quite sure, and herein lies his awesomeness.

Various cats in Kafka on the Shore by Haruki Murakami

Talking cats aren’t the weirdest thing about Murakami’s Kafka On The Shore, but they’re definitely one of the best. Sarcastic, bored, a touch philosophical and primarily interested in napping, the cats in Kafka on the Shore are exactly how cats should be.

Stelmaria from His Dark Material by Philip Pullman 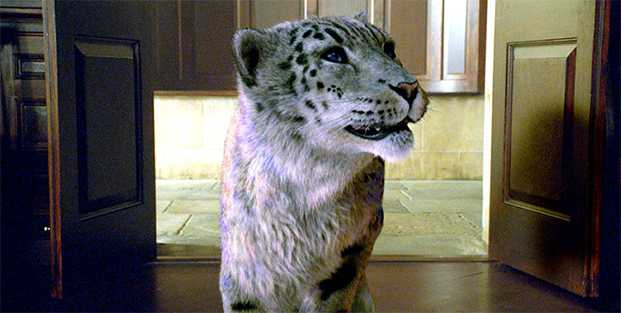 I’m going with Stelmaria from the His Dark Materials series. I’m not sure if mine counts as a talking animal considering that she is actually Lord Asriel’s dæmon, but I’m going for it anyway. Stelmaria is one of my favourites because she is a snow leopard – seriously – how awesome can one animal be? She is also the incarnation of Asriel’s soul, making her even more impressive. His cold, strong-willed personality is reflected perfectly in her graceful and deadly form.