Grab your shades and sun cream, because these stories are scorching… 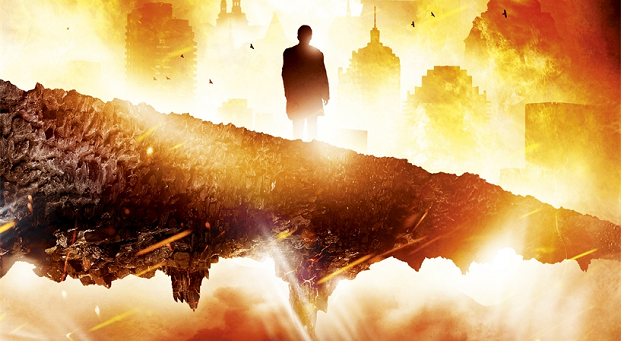 While it would be tempting to plump for The Towering Inferno (1974)  or for Grease (1978) (Mmm ha ha mmm ha ha mmm ha ha/Tell me more, tell me more) — two films that I recall from my febrile youth as being ‘hot’ for completely different reasons, I think one should always veer towards the most extreme example and what better expression of it being hot (both literally and in the sense of imminent personal danger) than the Nethermost Depths as portrayed in Happy Hour in Hell by our very own Tad Williams? Not a place for a vacation or even for light tanning, but when your demon girlfriend has been whipped off to Hell, a man has got to do what a man has got to do. Orpheus did it, and so Bobby Dollar must follow. Really there are too many scenes of flaming mayhem to count here – it just makes one thankful for the drear grey clouds that even now are hanging over Hodderscape Towers.

The 1999/2000 season was a bumper one for SF films: in mid-1999 we got The Matrix, which pretty much changed the cinematic landscape forever. And slightly less than a year later we got Pitch Black, which I would argue was also important, if not quite as game-changing as The Matrix, in redefining the way SF films look and feel. The Matrix used filters to change the appearance of the film from scene to scene; scenes taking place in the real world are bluish, and those occurring in the Matrix are greenish. It’s not subtle but it’s not so over the top as to be heavy-handed.

And then along came Pitch Black. Pitch Black, if you haven’t seen it (and why not?) is about a cargo spaceship crash-landing on a broiling-hot desert world that appears… well, it looks pretty empty.

Sorry to spoil it for you, but it isn’t.

Anyway, the planet has three suns. And boy is it hot. The production team desaturated the living crap out of the film shot during the daytime to mimic the effect of wandering through a desert, and it’s incredibly effective; the characters are covered in grit through which run trails of sweat, constantly shading their eyes and fanning themselves. The light gleams off their skin and bounces off a ground so sunlit it’s nearly white. I recall walking out of the cinema still marvelling over how effectively that brutal heat was suggested on-screen, and feeling as though I’d just seen something game-changing. And indeed, when was the last time you saw a SF film that didn’t desaturate scenes or shoot everything through filters? The Matrix may have inspired the new era of SF filmmaking, but Pitch Black cemented it.

(If you find the technical aspects of filmmaking as fascinating as I, this is a brilliant essay about the process the Pitch Black team underwent to achieve that super-desaturated look. The process is called a bleach bypass.)

Now, I’m not claiming it’s actually good or anything, but I feel like it would be remiss of me not to include I Know What You Did Last Summer in a list of hot weather favourites. I’m struggling to remember the finer plot points since it’s been at least a decade since I last watched it, but here’s the gist: four friends accidentally hit someone with their car, then a year later find themselves being stalked by a crazed killer hell-bent on revenge. Need I say more? Also, the cast includes Sarah Michelle Gellar (aka Buffy, of course), Ryan Philippe (SMG’s step-brother/lover in Cruel Intentions) and Freddie Prinze Junior (SMG’s husband).

I really want to re-watch this over the weekend now. 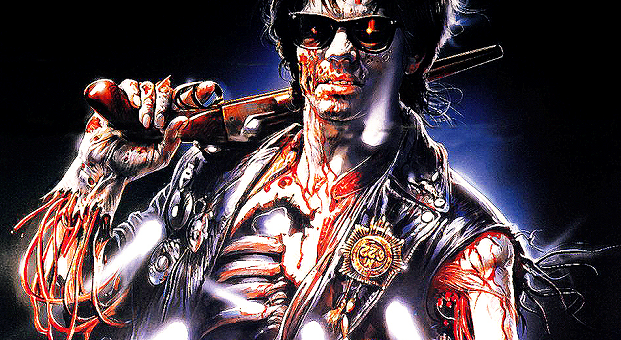 It’s pretty hard to be a vampire in hot weather, so where better to stick a bunch of vampires than in a town in the middle of a desert?

A gang of vampires drive through the heat in a tricked-out campervan, trying to keep out of the sun and ahead of the law. As is always the way, someone falls in love and bites someone and things get complicated. But the soppiness ends there.

Near Dark’s vampire/Western fusion is a recipe for some awesome pyrotechnics: vampires smoke, crisp-up and combust in the midday sun, and it all culminates in an awesome motel shoot-out where every bullet hole lets in a deadly ray of sunlight. 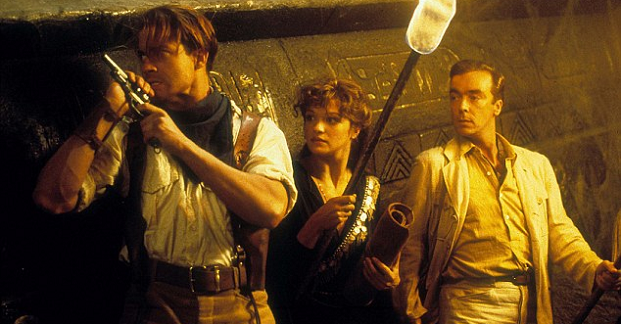 My ‘Summer Scorcher’ is going to be the 1999 classic film The Mummy starring Brendan Fraser and Rachel Weisz.   I remember going to see this film in the cinema with my brother and being SO scared!  I watched the film again quite recently and although I was mildly embarrassed by how terrified I had been aged 9, I still find those beetle creatures that crawl inside people’s bodies quite disturbing.   The Mummy is such a great film, that is still a brilliant watch to this day.   I also urge anyone who is planning a trip to Universal Studios to go on The Mummy ride – I think I rode it circa 10 times in one day!

I actually love these films, they may be venturing into children’s territory but that doesn’t make them any less awesome. I’m talking of the first three, and in descending order of awesomeness. Lots of people didn’t like At World’s End, but I actually thought it was quite good – aside from the giant God-Woman who turned into millions of crabs… and Keira Knightley. Oh well, films can’t do everything right! The series was still fantastic though, the switching alliances and the beautiful setting combined with Jack Sparrow’s banter – so very entertaining! Plus it was toeing the line of morality by tempting people to a life of piracy.

The Curse of the Black Pearl is by far the best, though we do have to tolerate Knightley’s pout – which does test my limits at the best of times… but I suffer through to enjoy some great storylines, animation and of course the amazing acting skills of Johnny Depp.

My choice of this trilogy (I will forever ignore On Stranger Tides – it sucked) was bound to happen as I have been listening to the Epica orchestra compilation of the soundtrack, on repeat, for days. If you want to experience the greatness for yourself: