Posted on April 19, 2016 in Books with tags Jasper Fforde

This year marks 400th anniversary of Shakespeare’s death. I like to think that if Shakespeare had been around today he’d have been first in line to read Harry Potter and the Deathly Hallows and be able to quote liberally from Buffy the Vampire Slayer. This may be going a bit far, but Shakespeare’s plays are packed with fantastical elements. Witches, ghosts, fairies, people who wear a lot of black, his plays have them all.

Here are some of Shakespeare’s most fantastical plays and the works they’ve inspired. Tell us your favourites in the comments! 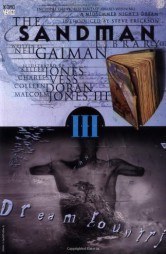 At university (naturally) I watched an adaptation of A Midsummer Night’s Dream in which the fairies repeatedly donned gas masks which pumped them full of hallucinogenic drugs. There’ve been all sorts of weird and wonderful adaptations of this play and no wonder, it’s bonkers. A group of players wander into a forest and a romantic feud between two fairies. One of the feuding lovers, Queen Mab, falls in love with man with a donkey’s head. The donkey is called ‘Bottom’. Not the plot of my last game of Dragon Age, Shakespeare.

This play is so fantastical, Neil Gaiman paid tribute to it in Sandman where a creative partnership between Shakespeare and Morpheus gives birth to this play and The Tempest. In the World Fantasy Award-winning issue 19, ‘A Midsummer Night’s Dream’, the play premieres in front of a faerie audience, including the very characters depicted in the play. Suffice to say, they love it. 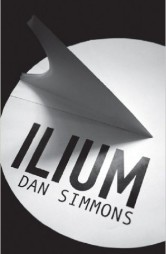 So there’s a lot of references to stagecraft and some meta stuff about Shakespeare saying farewell to the theatre, but The Tempest is basically a play about a misanthropic Wizard. A wizard who enslaves spirits to do his bidding and carries a magic staff. He would probably get along well with Saruman. The island’s other residents include Caliban, the beast-like son of an evil witch called Sycorax. I would really like to have seen a sequel in which Sycorax grounds Caliban and runs around cursing people, but, alas, this was the last play Shakespeare wrote alone.

But The Tempest, of course, didn’t end there. Lots of writers have been inspired by this play, and one of my favourite riffs is Dan Simmons’ masterpiece Ilium. Shakespeare’s characters are cast into a distant future in which Ariel is an avatar of an evolved, self-aware biosphere and Caliban a terrifying swamp beast assisted by a small army of clones. Another fabulous riff comes in Joe Hill’s Locke and Key when the characters use their magical keys to create a spectacular performance of The Tempest. 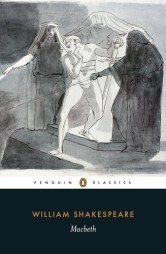 The three witches of Macbeth are iconic. The cauldron, the chanting, the eye of newt – when you think of witches, you probably think of something resembling Shakespeare’s prophetic crones.

But the modern witch tends to be a bit friendlier – there’s nothing haggish about Sabrina and I can’t imagine Hermione chucking a ‘birth strangl’d babe’ into the cauldron. But Macbeth is J.K. Rowling’s favourite Shakespeare play and one of the inspirations behind the Harry Potter series. In both works, prophecies set the plots in motion – not because events are predestined, but because characters hear prophecies, freak out and go on murderous rampages that fulfil said prophecies. 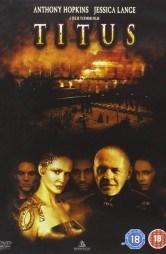 Titus Andronicus is Shakespeare at his most horrible and has been described (flatteringly) as his Quentin Tarantino phase. There are fourteen killings (nine of them on stage), six severed members, one live burial and one instance of cannibalism. There is, on average, an act of atrocity every 97 lines and it ends (spoiler alert!) with Titus feeding his nemesis a pie filled with her sons. 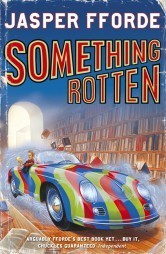 Dressing in all black, soliloquising over skulls and whinging about his parents, Hamlet is the original goth and this play has long been a favourite of the morbidly inclined. Like many goths (myself included), Hamlet is faintly ridiculous. He’s indecisive, pompous and possibly has a thing for his mum, but that’s why we love him. If, like us, you’re mad about Denmark’s mopiest royal, you can find out how Hamlet you are using this fabulous quiz created by Jasper Fforde.

Jasper Fforde takes Hamlet our for a spin in his fourth Thursday Next novel, Something Rotten. Hamlet leaves his play on a fact-finding mission to see what people in the real world think of him. Deprived of its main character Hamlet merges with The Merry Wives of Windsor and become The Merry Wives of Elsinore. Not quite the tragic masterpiece of the original.

2 comments on “Shakespeare’s most fantastical plays”