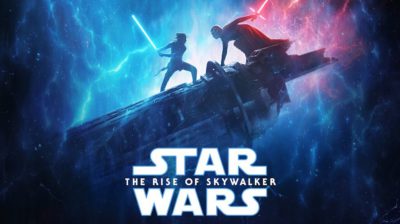 From Star Wars to Frozen II, Morgan from the Hodderscape Team reviews the array of films coming to the big screen this Christmas. Are you planning to see any of these over the holidays?

Frozen II (2019)
The second instalment in the Frozen universe this is an absolute must see for all those still pining for their childhood of Disney originals – not really, it’s just Wicked in the snow. The team are really changing things up this time and setting this Christmas adventure in autumn. With leaves.

Maybe I’m being too harsh. The original had some very catchy tunes. The plot… was easy to follow. It obviously resonated with a lot of 3-7 years-olds. It was nice to see a somewhat original story emerging from Disney’s list of remakes, so maybe the same team will create a sequel that delivers an original tale. Disney have such a great track record with their sequels.

You can go see this film from the 22nd November. At least take a child* so you have an excuse.

*One that you own or have legally borrowed.

We all know the best space films are set largely on Earth, right? Ok, maybe not the most widely held opinion.

Lucy in the Sky is a sci-fi drama that deals, not with the dramas of being in space, but with the psychological impact once returned to Earth. Natalie Portman was captivated by space, and slowly loses herself in her obsession to return. It’s different, it’s grounded (literally), and it’s a story I really want to hear. What’s not to love?

Well there’s obviously not going to be a lot of space, and for you diehard fans of things-go-wrong-in-space-and-people-fix-it, this may not be what you’re looking for. For those wanting a moody examination of what life is like after Space, with a sexy Jon Hamm and sagely bearded Nick Offerman (seriously the beard is magnificent) thrown in, this might just be your quiet Tuesday night at one of those cinemas with a sofa.

UK release is the 6th December.

Jumanji received a passable sequel a couple of years ago and this Christmas they’re doing it all over again, but with Danny DeVito.

Expectation is key here. Jumanji: The Next Level isn’t going to make you question your existence or make you tear up. It will however entertain you for two or so hours with expensive CGI, funny lines and recognisable faces.

Does that make it bad, though?

It’s a family action adventure with Dwayne ‘The Rock’ Johnson in it, and it will be snubbed by many for that alone. Fine. But it is a relatively original take on the whole Jumanji premise. They’re got new blood, a new angle with these older gentlemen having to learn how to use their newly youthful avatars, and what seems like quite a fun story line. It’s a safe bet for an amusing Christmas day out, and if you go in with that expectation you may well find yourself enjoying it.

This is it. Number nine. The end of the Skywalkers.

The sci-fi event of the decade?

We all know Disney are going to carry on making Star Wars films. But this will be the end of this story, which is a big deal. No other story has quite caught the social psyche for so long.

It’s been good to have them back. Growing up with the dreaded prequels, which I actually didn’t hate (but that’s a whole other blog post), it’s been nice to have a reliably ok set of Stars Wars films to look forward to at Christmas. They’re just fun. Epic music, tie-fighters, lightsabres – nobody hasn’t swung something cylindrical muttering vwooom – and of course some extra mature cheddar lines. And that’s all I’ve ever needed them to be.

We know what we’re going to get, story-wise. There will be a big, nerdgasm inducing, reveal. Some slightly nauseating love interest that doesn’t quite make sense. And definitely some oversight that we all focus on exclusively on Twitter – dropping bombs in zero-gravity anyone?

But that’s all part of it. We love it because we can talk about it, and there’s always something to talk about.

So, on the 19th December I’ll be donning my dressing gown and pretending I’m a Jedi, will you?

But honestly, the trailer for this left me stunned. If you haven’t watched the trailer, do. It is perhaps one of the most disturbing CGI sequences ever committed to film. Dame Judy Dench wheeling around in a fur coat that is somehow part of her body, the tiny dysmorphic dancing cats on huge sets, cats with… breasts. It’s just plain old weird. It did spark one of the greatest Twitter reactions ever though, so I suppose we can thank it for that.

What is almost as insane is the cast. Idris Elba, Ian McKellen, Rebel Wilson (actually the only point I laughed in the trailer), Judi Dench, Taylor Swift, James Corden, Jennifer Hudson, and… Jason Derulo? How they could even afford to make a film after getting this lot on board is an achievement in and of itself.

The story: is there one?

‘Over the course of a single night, a tribe of cats called the Jellicles make what is known as “the Jellicle choice” and decide which cat will ascend to the Heaviside Layer and come back to a new life.’

So no, there is no story. That might as well be written in meows.

I really hope this film stuns us all and is some insane masterpiece that will reshape the world of cinema.

Failing that I also hope to watch one of the more hilarious flops in cinema history. 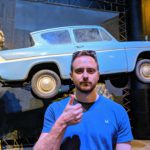