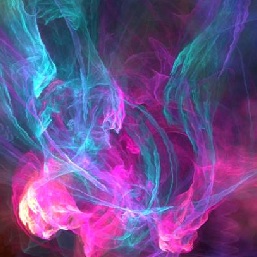 “Any sufficiently advanced technology,” Arthur C. Clarke is famously on record as suggesting, “is indistinguishable from magic.” It’s an intriguing thought, especially when we apply it to a great civilization of high antiquity such as ancient Egypt which achieved extraordinary “technological” feats that in many cases we do not know how to replicate today. When we look at the Great Pyramid of Giza, for example, weighing six million tons, occupying a ground area of more than 13 acres, standing 480 feet high, aligned to within just three-sixtieths of a single degree of true north and positioned on latitude 30 (one third of the way between the equator and the north pole), it’s natural to wonder whether something rather mysterious – some force, energy or skill that we don’t understand – could have been at work in its construction.

The question becomes all the more apposite when we realize that the Pyramid also encodes the dimensions of our planet, for if you measure its base perimeter and multiply the result by 43,200 you get a “print out” of the equatorial circumference of the earth, and if you measure its original true height and multiply by the same number you get the polar radius of the earth.

Egyptologists are aware of all this but seek to deny its significance, refusing to see any “technology” in the pyramid-earth ratio, which they regard as “a number arrived at quite accidentally.” They can hardly do otherwise since the reference frame through which they view history allows no place for the possibility that the ancient Egyptians could have had the necessary technology to measure the dimensions of the earth. Yet the problem refuses to go away because just as the pyramid appears to have been placed at a significant, rather than random, planetary latitude so too the number 43,200 relates to a key characteristic of our planet, namely the slow precessional wobble of the axis of the earth which occurs at the rate of 1 degree every 72 years. The number 43,200 is exactly 600 X 72.

The ancient Egyptians believed in powerful magic – hekau, from which we get the word hex – that had been handed down to them from the time of the gods. And magic, as that unusually open-minded Egyptologist Christian Jacq observes, “was understood as a creative force… Each magic act is, by definition, an act of creation with its roots deep in the beginning of the world. The magician remakes as it was in the beginning, he places ‘the first time’ in the present.”

“The first time”, zep tepi, was a very specific concept in ancient Egyptian thought. It was when the gods walked the earth, walked the land of Egypt specifically, and set in place all the high knowledge that the ancient Egyptians believed themselves to be the inheritors of. In my works of non-fiction such as Fingerprints of the Gods and Keeper of Genesis (the latter co-authored with Robert Bauval) I have suggested that the “gods” of Egypt may have been the survivors of a lost civilization of prehistoric antiquity destroyed in a great global cataclysm – Atlantis by any other name – and that they brought with them a high technology for the manipulation and transformation of matter that was indeed so advanced as to seem indistinguishable from magic to the indigenous inhabitants of the Nile valley. It is, I feel, no accident that the story of Atlantis passed on to us by Plato was said to have had its source in ancient Egypt or that according to the linguist and classical scholar E.A. Wallis Budge the ancient Egyptian word Khemia meant “the knowledge of the chemistry of metals and of their magical powers… that is to say the preparation of the black ore (or powder) which was regarded as the active principle in the transmutation of metals.” To this word Khemia the Arabs later affixed the article al to give us the concept of “alchemy” with all its magical – or perhaps I should say “technological” – connotations that have rebounded down the ages.

As East African correspondent of The Economist in the early eighties Graham Hancock began to write a series of highly acclaimed books on economics, politics and foreign aid. His life took a whole new turn when he became fascinated by rumours that the Ark of the Covenant is real artefact, hidden somewhere in northern Africa. The story of his detective work, tracking it down to its supposed final resting place became the international bestseller The Sign and the Seal.