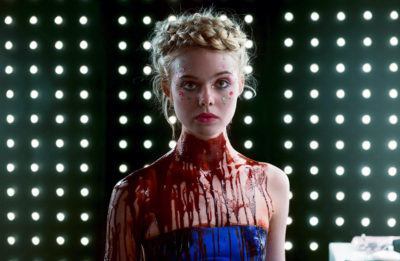 The best thing about summer isn’t barbecues. It isn’t lying in the sun. It isn’t even ice cream. It’s the films.

Every summer the film industry spends millions of pounds trying to keep us out of the sun and in the cinema. Here’s a run down of this summer’s must-see science fiction, fantasy and horror films:

All is not well in the Marvel universe and the Avengers are divided when Iron Man and Captain America go to war. It’s still in cinemas so catch it while you can, but, before you go, read Anne’s gif-filled Captain America refresher.

The 5769th instalment in the X-Men franchise sees our heroes battling Apocalypse, the first mutant, who’s on a mission to (you guessed it) end the world.

The peaceful realm of Azeroth stands on the brink of war as its civilisation faces a fearsome race of invaders: orc warriors fleeing their dying home. My boyfriend Travis Fimmel faces an orc with an intense underbite in a battle that will decide the fate of their family, their people, their homes, cinema goers, CGI editors, legions of gamers etc.

An aspiring model moves to LA only to find her youth and vitality quite literally devoured by her fellow models. I’m pitching this to myself as Suspiria meets America’s Next Top Model.

The trailer did not produce the desired Laugh Out Louds, but because I love the idea of an all-female reboot I’m not giving up on this just yet.

This isn’t out for a few months and my mind is already preoccupied with the rumours about Harley Quinn getting her own movie, but this looks like it’s going to be fun.

We all know that shit goes down in the dark, but this most fundamental of horror concepts manifests quite literally in Lights Out when a demon only visible in the dark starts terrorising a small family. I found the trailer quite terrifying and I will definitely be watching this with the lights on.