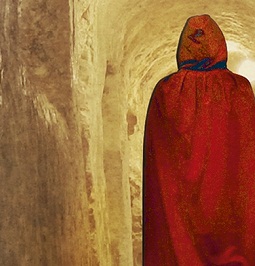 Posted on November 11, 2013 in Books with tags Hodderscape Review Project

October’s Review Project title was Mary Stewart’s 1970 novel The Crystal Cave, a retelling of the legend of King Arthur – from Merlin’s point of view. About half our reviewers came to the book for the first time, while the other half hadn’t read it since adolescence. Although many enjoyed the prose and Stewart’s use of history to recreate fifth century Britain, many were bogged down by the novel’s laid-back plotting, and most were very unhappy with the author’s characterization of women.

Jamie of Mithril Wisdom was pleased by the historical aspects of the novel but was troubled by Merlin’s characterization: ‘Merlin’s early life is well executed; there’s a lot of personality behind the boy beyond the  “royal bastard” persona… However, as the years progress, Merlin becomes more bland as a character as he turns into Merlin the wizard, tool of the gods.’
Read the whole review here.

Robin of Quicksilver Reads found the book to be ‘a quietly paced reweaving of British history and mythology.  It didn’t blow me away, but it did keep me in thrall to the very end.’  Read the post here.

Mieneke of A Fantastical Librarian enjoyed the way Stewart mixed elements of Roman, Druidic and early Christian culture in her re-imagining of Merlin’s story but found she couldn’t commit wholly to the narrative, and wondered whether, ‘for modern readers there might be too many hurdles to overcome to make for a pleasant reading experience.’  Read the whole review 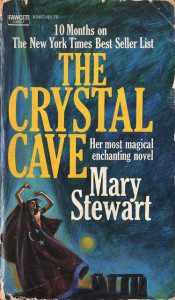 Ewa over at the Palace of Distractions reread the Crystal Cave for the first time in years, and found that, on the one hand, the slow plotting allowed her to savour the novel’s ‘elegance and atmosphere.’ But, on the other hand, she (like many of our reviewers) didn’t like how ‘paper-thin’ the characterizations of women were: ‘I can’t help but wonder what could be made of this if it were updated with a modern eye.’  Read the whole review here.

Galoot at Weir Tales, like Ewa, wondered how the book might read if written today, rather than 1970. Yet she took a lot of pleasure from Stewart’s prose, particularly her descriptions of the natural world. And, like many of our reviewers, she deeply appreciated how deftly Stewart wove her historical elements into the novel’s tapestry. Overall, she found the book ‘a richly textured tale built around the Merlin legend.’ Read the whole review here.

Stefan at Civilian Reader found that the book didn’t quite work for him – despite being ‘well-written and well-conceived’ it never really inspired much passion from him, to his great disappointment.  Read the whole review here.

Glen Mehn found the ‘fundamental story engaging and readable’ despite some considerable objections, including (like so many of our reviewers) to the portrayal of women. Read the whole review here.

Finally, were very dissatisfied with the novel – not only did shefind the characterizations of women wholly objectionable, she struggled with the book’s framing device and Merlin’s lack of agency. Read the whole review here.