Review: Over the Garden Wall 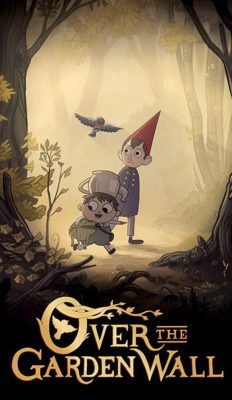 Posted on February 26, 2020 in Fun Stuff, Review, Television with tags Over The Garden Wall

The nicest reviews to write are of things you especially loved.

Over the Garden Wall is one of those shows that I stumbled upon while aimlessly scrolling through the depths of Netflix one evening. Pulled in by its beautiful artwork I embarked on one of my weirdest and most satisfying watches for a while.

It is a charming, hilarious, and quite unsettling fairy tale mini-series. We follow Wirt (Frodo i.e. Elijah Wood) and Greg, brothers who’ve fallen into the magical forest they call the Unknown and have only slightly more idea of what’s going on than we do.  Enlisting the help of a short-tempered bluebird named Beatrice they must traverse the many dangers of the forest to find their way home.

It’s a classic children’s story, complete with one of the most weirdly catchy songs ever – about potatoes and molasses.

The episodes are short. Only around 10 minutes each. And at 10 episodes the entire series is only about an hour long. But those 10-minute episodes are all it really needs. The story zips whimsically along, not worrying about establishing reasons for any of the slightly crazy situations or characters we find – but simply using that aspect to build the fairy tale up around you. You’re never left bored because there simply isn’t enough time to be. And it’s not like they’ve skimped on the story either, the world seems deep and unknowable, the episodical characters are simple yet fleshed out enough to get Wirt and Greg where they need to go story-wise, and the themes of brotherhood and responsibility well paid off with the ending.

The vintage turn of the century aesthetics are lovely, from hand painted landscapes and forests throbbing with life to some deeply disturbing settings and monsters the artists really helped deliver this project. Plus the music, quivering and quirky it draws everything together.

I’m not the only one who recommends this series. It’s received an astounding 91% on Rotten Tomatoes, 8.8 on IMBD, and various awards and newspaper reviews.

Plus, it’s on Netflix, so you’ve got no excuse. 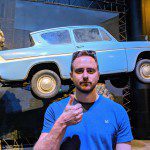