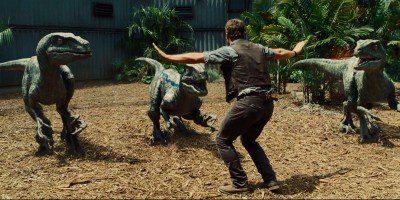 Posted on June 15, 2015 in Film with tags Dinosaurs, Film Review

Jurassic World was everything I could have wanted and more. Not to say that it was perfect, but it was pretty close. When I first heard there was going to be a fourth movie in the Jurassic Park universe I thought that it couldn’t possibly get any worse, the third film well and truly killed my hopes for the movies. But I also knew that nothing could keep me from going to see this film – literally, nothing.

You just cannot beat the first film; factual inaccuracies aside the film has a great script, the visuals stand up against modern films, the story was original and it is still as fun to watch as it was in 1993 (I’m assuming… I was only 3 at the time). The only thing that could save Jurassic World was if this movie didn’t take itself too seriously – paying tribute to the first film and not trying to be too intelligent for its own good. Well, thank the Dino-Gods because it did exactly that.

The dynamic is the same as the previous three films: we have some children that happen to be in close proximity of dinosaurs, we have a hero that knows his shizz, and rich people that make stupid decisions. Now don’t get me wrong the storyline is pretty wack at times and the trailer didn’t help dispel the idea that this film clearly isn’t in the same league as JP, but what Jurassic World did was take everything you love about the franchise and create a super-awesome fan-fic movie. This includes: a genetically modified dinosaur that is super intelligent (thumbs and everything), some young kids rising up to the challenge of their rival (yes, I did just paraphrase Eye of the Tiger), awesome CGI that doesn’t look stupid (*cough* raptors in JP3 *cough*), the return of an old character (I’ll come back to this!), and some really hot people (Chris Pratt, I’m looking at you – actually, I’m staring but let’s not get technical). 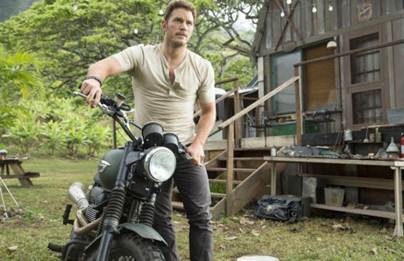 Right, so the returning character: unfortunately it isn’t a shirtless Ian Malcolm. Sorry guys, had to be done. Did you really think I could get through this post without it? 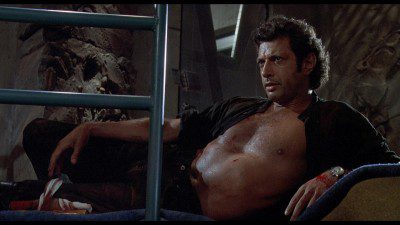 Less welcome, but possibly much more surprising – [spoiler alert] Dr Wu makes a comeback and he is EVIL.

I went with my family to watch this film (we are all rather passionate about the franchise, you might recall that we have a game where we have to seamlessly use JP quotes IRL – no? Well, you know now.) and the entire scene where you find out that Wu is kind of an evil genius [/spoiler alert] we just sat there like:

That wasn’t the only plot twist. We all know that there were Raptor Bros in this film, we were all rather sceptical pre-release and some of us are. I have to tell you as stupid as this premise is I really, really loved it – THE CHEESE WAS BEAUTIFUL. When Chris Pratt rolls out like a boss on his motorbike with Velociraptors in tow, I pretty much just decided that it was too much fun and I needed to stop sipping on my haterade. Team Raptor Bros. With my haterade officially on the night stand I could truly enjoy the plot twist that awaited me at a later stage; we get some great raptor action, some T-Rex action and even some Mosasaurus action. Hot dayum it was good stuff. Cheesy, but good.

I have hopefully avoided ruining the film for you but have encouraged you to go and watch something that I consider to be awesome. It was so much fun to watch, I was thoroughly prepared for it to suck as much as the third one (if not more) but I was happily surprised that it didn’t try to be serious. The movie played to its strengths: a great lead in Chris Pratt, who lead the humour in a charming and, thankfully, not annoying way (similar to Guardians of the Galaxy); a great storyline that basically mirrored the first film, but was different enough for you to feel as though you weren’t watching a reboot; and nostalgia aplenty, there were many Jurassic Park quotes and then a revisit to the original welcome centre in the first film.

Go and watch Jurassic World, you may not love it as much as I did but you won’t regret it. 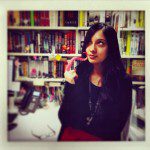 Sharan is an Editorial Assistant at Hodder. When not at Hodder Towers, Sharan watches terrible movies and thoroughly enjoys every second. She also has a mild obsession with both Nathan Fillion and Joss Whedon, which most likely stemmed from her decade long love for Buffy the Vampire Slayer.