Rebecca Levene on Making, and Breaking, the Rules of Magic

Posted on July 1, 2015 in Books with tags Fantasy, Rebecca Levene

Making magic isn’t as simple as waving your hand over a hat and shouting ‘abracadabra’ in the hopes that a rabbit will appear. There are – or, at least, should be – some rules. (Be sure you shout ‘abracadabra’ two minutes past midnight on your grandmother’s birthday.) Rebecca Levene, author of Smiler’s Fair and The Hunter’s Kind, joins us today to discuss the whys, hows and wherefore-art-thous of creating a sustainable system of magic for her world.

Do fantasy books need magic? I’m not sure. I do believe that they need to be magical, to depict a world that isn’t fully rational, in which shadows hold more than darkness and the gods may take an active hand. The Hollow Gods series takes place in that kind of world, so I probably didn’t need to add magic itself into the mix, but because I’m a glutton for punishment, I did.

I always knew the basics of my magical system, even before I started writing Smiler’s Fair. But for that book I didn’t need to know the details and I blithely assumed that sorting them out would be a breeze come the second book. 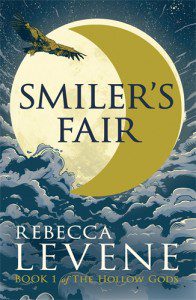 Yeah, I’m an idiot. The thing is, working out magical rules is pretty easy, or at least doable. But there are bigger questions beyond ones like which runes relate to which parts of the world and what kind of ceremony might be required to activate them. For a start, there’s the question of whether magic should have rules at all. If magic can be fully enumerated and explained, is it magic at all? Isn’t it just science by another name, possibly one with lots of unnecessary apostrophes?

But magic can’t be rule-free either, because if anything is possible, nothing is at stake. Heroes stuck in an impossible situation? No worries – magic can free them somehow. Lacking a way to end that final battle? Magic is clearly the answer. Need to bring someone back to life? Magic. Why would readers ever worry or care about the fates of characters who can be saved at any moment by an almost literal deus ex machina.

OK then. How about if I know the rules but I don’t tell them to my readers? Well, that’s a little better, except how will they know when I’m cheating, or when I’ve just pulled a magical solution out of my arse? How can they try to second-guess the characters, to figure out what they’d do in those people’s situation, which is half the fun of reading a book?

The answer, I think, lies in a phrase much loved by my favourite terrible TV show, Once Upon A Time: all magic comes with a price. Readers probably don’t need to know exactly how a book’s magical system functions, but they definitel 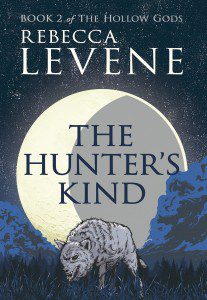 But that just begs the question, what cost? Make it too one-on-one a transaction – energy in for energy out – and you’re back where you started, with something that feels more like science. If magic wears out its users like more physical exertion, well… Actually, that’s not too bad, but still not entirely satisfying. Something as extraordinary as magic feels as if it should exact an extraordinary price.

There probably isn’t an easy solution; there certainly isn’t a correct answer to this sort of question. But I looked at books I believed did it well for guidance. Ursula K Le Guin’s A Wizard of Earthsea very vividly demonstrates what happens when a mage’s reach exceeds his grasp. And in The Tombs of Atuan we see a far more alien and strange magic, unexplained and haunting. Geraldine Harris’s Seven Citadels series – which I will never stop banging on about – springs from the premise that a group of sorcerers used their power to gain immortality, and then spends its time very movingly showing us what they lost in that transaction. And more recently, Django Wexler’s The Thousand Names limits its magic to one spell – of sorts – per user, with intriguing consequences and a truly novel backstory.

I’m not sure I’ve come up with an answer as elegant as those. But my magical system makes sense, at least to me – it reflects the central themes of my books and I hope will seem coherent to readers as well. There is a price, and the characters of The Hunter’s Kind all have to decide if they’re willing or able to pay it. 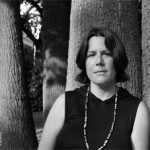 2 comments on “Rebecca Levene on Making, and Breaking, the Rules of Magic”