Things We Read & Watched in October

Posted on October 31, 2014 in Books, Film, Television with tags Review

Check out what the Hodderscape Team have been reading and watching this month. 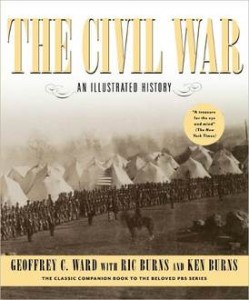 The Civil War: An Illustrated History of the War Between the States, by Geoffrey C. Ward

In preparation for a trip to Washington DC next week for the World Fantasy Convention I’ve decided to bone up a little on the American Civil War so have been reading The Civil War: An Illustrated History of the War Between the States by Geoffrey C Ward with Ric and Ken Burns.

July 1861. After Bull Run (the first serious clash of the War), luckless Wilmer McLean moved his family from his farmhouse in the battlefield to a handsome brick home in distant Appomattox Court House where he confidently  hoped ‘never to see another soldier.’

Having made my way through every season of The Good Wife, I was looking for my next Netflix fix. Fleur recommended American Horror Story but, predictably, I was too much of a wimp to cope with it, so I went digging for an alternative. What I found was Damages, a legal drama starring Glen Close as Patty Hewes, a tough-talking, morally questionable lawyer. It starts with a flashback of Patty’s protégée Ellen stumbling out of an apartment building covered in blood, and it’s this – and her subsequent arrest for murder – which frames the whole of the first series, with each episode bringing you closer to finding out how Ellen got to this point. Brilliant, because it means you cannot stop watching. I binge-watched the whole of series one in a week. 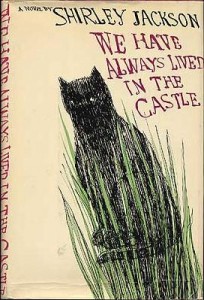 We Have Always Lived in the Castle, by Shirley Jackson

I’m ashamed to say this is the first Shirley Jackson I’ve ever read – but, so influential is this short novel, that I felt as though I’d read it before. The thing is, although the various parts were familiar to me from countless other stories and films and tv shows, this book is the perfect expression of them. It’s mid-century gothic at its finest: two young women, trapped by circumstances and the distrust of their community, an unspoken open secret binding them together. There’s a mystery to We Have Always, but it’s not the mystery you might expect; there’s a whodunit, but it we already pretty much know whodunit. The action of the book takes place six years later, long after ‘who did what and when’ has faded into unimportance. All that matters is that it did happen. The mystery, such as it is, is instead what happens next? What happens when something upsets the delicate balance that the characters have settled into, in the years following the initial event? How will they respond?

And even then it’s not a mystery, not really, because the book’s title kind of gives the game away. The great pleasure of We Have Always – well, one of the many – is in the journey, in the way the characters, the plot, even the descriptions skirt what would be the central preoccupation of any lesser novel. And the novel’s triumph is not only that it does so, but that it does so in such a beautiful, economical, meaningful way.

The edition I read contained an introduction that was overly pleased with itself, but, should you wind up reading the same edition, clearly you can skip that. (And I suggest you do.) 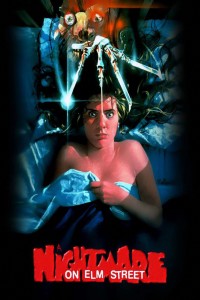 I am going through a bizarre ‘watch-the-scariest-thing-i-can’ phase… alone. So far my fright fest has included The Conjuring, Insidious, Paranormal Activity, Insidious 2… and so far I’m still managing to sleep at night. Just.

I then decided to go back and watch some old classics that I wasn’t brave enough to try as a kid. Nightmare on Elm Street was on the watch list last week, and I’ve had nightmares about old Freddy having never even seen the movies (my older cousin used to retell the stories to me). Now that I have I’m delighted to report that those nightmares have gone for good! The scariest thing about that movie was Johnny Depp’s horrifying 80s hairdo 🙂 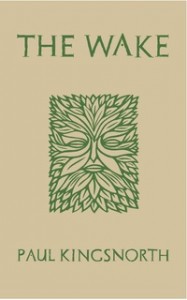 The Wake by Paul Kingsnorth

When I heard this described as ‘a post-apocalyptic novel set 1000 years in the past’, I knew I had to read it. Set three years after the Norman invasion of 1066, The Wake follows a group of rebels as they wage guerrilla warfare against the French occupiers. But, even more interesting than the premise, is the language it’s told in. The Wake is written in what Paul Kingsnorth calls ‘a shadow version of Old English’, a harsh language full of ‘fuccen’, ‘smercan’ and ‘cwellen’. As you read it you really feel like a strange voice is calling to you from an alien England, where ravens with with human fingers foretell the end of days and Green Men roam the fens. The Wake  was not only the best thing I read in October, but one of the best books I have ever read.