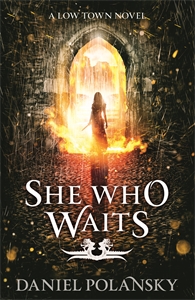 We first introduced you to Daniel Polansky’s ace editor, Chris Kepner, last week. In his previous column for Project Polansky, Chris shared a little about his daily life as an agent. This week he’s sharing a bit about his experiences agenting Daniel, and shepherding the Low Town series and Those Above from manuscript to published novels. Take it away, Chris! 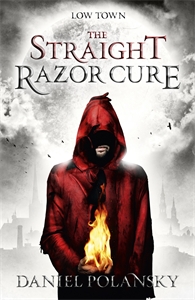 My first experience with Daniel Polansky’s writing came in the form of a very well-written query letter that he sent to me (and apparently myriad other agents) in August of 2009.  It was a bit whiny about the state of the fantasy genre, truth be told, but he caught my attention when he promised to “effectively marry fantasy with crime noir, which, at its best, offers nuanced characters, realistic conflict, and a gray amorality more in keeping with human existence than the simplistic duality of Dark Lords inevitably defeated by White Wizards.” I was intrigued, but utterly unprepared for the impact that his first book, The Straight Razor Cure, would have upon me.

Daniel exceeded all expectations with his genre blending, but to an even greater degree with his command of the English language.  I am a fan (if not necessarily a fanatic) of fantasy in general, but I’ve always put quality of writing first and foremost when considering an author’s work.  From that first line, I was hooked: “In the opening days of the Great War, on the battlefields of Apres and Ives, I acquired the ability to abandon slumber with the flutter of an eyelid.” I read the manuscript with great interest and signed Daniel over an international call to Lithuania, as he had decided to go backpacking through eastern Europe to calm his anxiety over the search for representation.  In the end, I think I was the only agent to respond to his query, but I’d be shocked if there aren’t a few others out there kicking themselves for missing out on this guy. 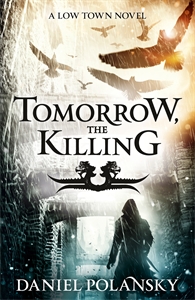 One of the downsides of being Daniel’s agent is having to receive a note from him every six months or so, saying that he’s off to some faraway place on an adventure.  As I’ve sat in my office in Greenwich Village (which, mind you, is actually a wonderful place) I’ve listened to the briefest of snippets of his travels across India, Japan, Africa, just about all of Europe, and so on… He missed the award ceremony in France for his Prix Imaginales win because he was cavorting around South America, but he was nice enough to send an acceptance speech that ended with him quipping that it was good to know he could beat George R.R. Martin (a fellow nominee, for A Dance With Dragons) in something other than a foot race…

Of course, whenever I ask him how a trip was, he gives me the shortest possible answer.  “It was beautiful” or “I’d recommend it.” Yes, Daniel, I’m sure that I’ll have occasion to book a holiday in Namibia soonest.  I think perhaps he knows that I’m jealous, so he doesn’t want to gloat.  I never fret too much, however, because I know that the most interesting bits from his travels are being folded into the worlds he creates.  That’s probably what excites me the most about Those Above.  Daniel’s going big with this one, building out the world on a much grander scale than he has before, telling the tale from multiple points of view, raising the stakes all around.  (I heard a rumor that there may even be a map this time…suppose you’ll have to stay tuned for the details.)
That’s not to say that the Low Town books suffer from a lack of world-building, because comparing Those Above to them is really like comparing apples to a swift kick to the groin.  I would, however, strongly recommend reading those Low Town books (beginning with The Straight Razor Cure) over the coming months if you haven’t already, because in addition to being absolutely stellar novels, they provide a solid foundation in Daniel’s voice and style.  We’re also working on a major Low Town announcement that we hope to be able to share soon, and you’ll just have to keep following this blog and Daniel’s Facebook and Twitter to find out what that is.

If you’ve already discovered Daniel Polansky through his widely acclaimed, award-winning Low Town trilogy, chances are that one day you’ll be able to wear your early adoption as a badge of honor when the conversation happens to shift to his latest bestseller.  These books have top-notch writing to go along with incredibly entertaining storytelling, and I assure you that it’s uncommon to find these two things together in such abundance.  I know I’m a bit biased, but I can’t help feeling that Daniel is destined for mainstream success, as he’s simply too good to ignore.  Those Above might just be the title that breaks him out in a major way.

Now, if you would, please go forth and spread the word of #ProjectPolansky.

A bonus for eagle-eyed readers: you may have noticed that the She Who Waits cover pictured above is a little different from the cover you’re already familiar with (and which is nominated for a David Gemmell Ravenheart Award!). Congrats – you’ve spotted the paperback cover! Doesn’t it look cool?