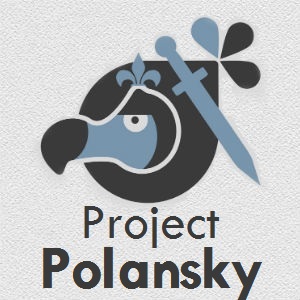 Today’s guest post is the first of two parts from Chris Kepner, agent at Victoria Sanders & Associates, about the agenting process in general and agenting Daniel Polansky in particular. This week he’ll talk us through the daily life of an agent. Part 2 will publish next week.

The day-to-day life of a literary agent is manic.  I submit as evidence the following, which are the events of a fairly typical business day.

One of our American clients was preparing for a trip to London to meet with press, book buyers for the retail chains, etc. and so I emailed back and forth with our publicity contact at the UK publishing house and with the author about the meeting schedule, transportation, etc.  Another client has plans to visit Madrid later this year for a book tour, so there was some coordinating for that as well.

I had to follow up with a Spanish publisher about a contract we sent them to sign, which was held up for no apparent reason.  While I was at it, I asked them about sales figures for an e-original novella, which we had sold them on a profit share basis to help promote that particular author’s new novel.

My boss, Victoria Sanders, and I touched base several times throughout the day about a major seven-figure book deal that we’d been working on for over a year, which Victoria actually closed that very day.  It’s always a thrill to reach the finish line on something like that, and it certainly is not an everyday occurrence.

An author of ours was getting ready to come to New York for a marketing meeting with her publisher, and we had some internal discussions and brainstorming about various items to raise at that meeting.

I corresponded with a German publisher about a sublicense (that’s when the publisher makes a deal with a third party for rights that you initially sold to them) for book club rights involving the bankrupt publisher/retailer Weltbild, which is a very important piece of the German publishing ecosystem. People throughout said ecosystem are extremely worried about how the Weltbild bankruptcy situation will affect the German book market.

I reviewed another German publisher’s comments about two contracts we’re negotiating with them, and then revised the contract drafts and sent them back to the publisher for review and (hopefully) signature.  I also sent a Greek contract to one of our authors to sign, as it had just come back signed by the publisher.  Similarly, three Dutch contracts came in signed by the publisher and went to the appropriate author for countersignature.  We recently switched from signing paper copies of all contracts to exchanging PDFs of signature pages whenever possible, and I exchanged emails and had a phone call with a colleague at another agency to explain that process.

And lest we forget that any day from roughly mid-January through mid-April is going to include some preparation for the London Book Fair, throughout which I’ll have roughly 70 meetings over the course of three and half days.  This day included emails with eleven different people and six phone calls, all about scheduling such meetings.  I also had a call with one of my colleagues about preparing our rights guide for the fair.

I’m responsible for tracking all payments due to our agency, invoicing publishers when necessary, identifying the source and appropriate client for all funds received (not always easy, with many payments coming electronically now and lacking sufficient documentation), and then calculating commissions, deducting expenses, and processing the remittance of funds to clients.  I keep a master spreadsheet with details about all outstanding payments, and it requires constant updating on a daily basis.  In addition to those updates, on this particular day specifically, I also reached out to our Turkish co-agent for additional documentation for a payment received, corresponded with a colleague about a confusing payment structure employed by a particular publisher, generated an invoice for a Russian advance and sent it to the publisher, spoke with a colleague about pending Dutch payments which the client wanted sent to a new bank account, and prepared remittance advice for seven payments to clients.

Another major responsibility of mine is to update the content on our agency’s website, which I believe to be one of the most comprehensive and frequently updated literary agency websites out there.  See for yourself: www.victoriasanders.com.  Today I had to update our “About VSA” page.

Did I mention that we’re in the process of moving offices?  We were preparing for movers to come for the first phase of an extended moving process, and we had a discussion about priorities for said phase.

Various administrative tasks sprinkled throughout the day: updating our list of international contacts, electronically filing important documents (offers from publishers, contracts at various stages in the drafting and signing processes, sales figures, tax documents, payment authorizations, etc.), large-file transfers of high-resolution author photos through a third-party website, coordinating the documentation and payment of legal expenses for one of our clients, covering phones for part of the day, unpacking and stocking office supplies, recycling as much as possible of the immense volume of paper that comes through our office, helping to train a new hire, opening and sorting mail, and so forth.

As I said, it’s all rather manic.  I tried to sort of group like things together in the paragraphs above to give it all some semblance of order, but in truth, you’d have to put each of the individual tasks mentioned here on its own slip of paper and shake them up in a hat to have a more accurate timeline.  I’m constantly jumping from one thing to another completely unrelated thing, and to something else, and then back to the second thing, and then to something else, and then perhaps to the first thing and the third intermittently when there’s a spare moment.  It might sound simple to set aside certain blocks of time for each task, but that’s quite easier said than done when all these different people are emailing or calling you throughout the day and everything comes to a halt (it seems) until you address what they need.