What I really want to do is direct.

No, not really. Looks like too much hard work. But I do love movies. Like, really love them. So I like to cast my books and make soundtracks for them. I thought it might be fun to put the soundtrack for Poison City up here so that if anyone wants to listen as they read, or indeed laugh at my taste in music, then you can. Yes, I am that old fogey who thinks 90s music is better than the crap we get nowadays. Also, get off my lawn you kids.

I remember seeing the video for this and thinking how amazing it looked. It was for a movie called The Young Americans, directed by Danny Cannon. A year or so later I found out Cannon was directing the Judge Dredd movie, one of my favorite comic characters. I was pretty happy, basing my opinion off how stylish The Young Americans was. The day Judge Dredd was released was the day my young self first learned to cope with the disappointment that is life.

Bit of a cliché this, but it fits the poor guy. Especially where he is when the book opens.

Because who can’t imagine the dog head-banging to this song?

The Archangel Michael. Shame. Poor guy. Bit of a forgotten child. Left out in the cold, so to speak. Still, he’s trying. And this song suits his mind perfectly.

Because she hates this song so much, but she can’t shake it. It’s playing in her head when she wakes up and when she goes to sleep.

So. Back to directing. If I was to direct, then this is the song I imagine playing when London first channels his magic at the children’s hospital. (When the dog puts his wards on him.) Sort of a spaced out, drugged-up vibe. I imagine a steady-cam strapped to his chest and him falling as the magic sinks in, this song playing over the top. Then London sort of floating around in the sky, (not really, though. He’s tripping.), as the magic courses through his veins, only to be rudely snapped out of it by the Dog cocking his leg against his head.

Because I’ve always loved Tori Amos and there’s just something about this song that has stayed with me since I first heard it.

Because it’s the frickin’ Pixies.

So. There you go. Don’t I have just amazing taste in music? And I think you’ll all agree that 90s music is indeed better than the crap you get nowadays. I mean, the 90s also gave birth to such classics as “Saturday Night by Whigfield”, and “I’m too sexy by Right Said Fred”. Classics, I’m sure you’ll agree. 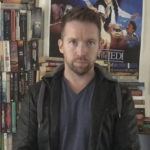