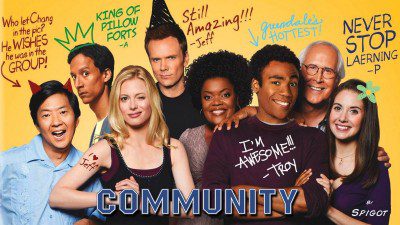 Posted on April 7, 2015 in Craft Corner, Television with tags Community

If you’re anything like us – and if you’re reading this, odds are good that you’re a lot like us – you like Community, the brilliant, beleaguered television fan’s television show from the US. Not familiar with Community? It’s on Netflix, so go familiarise yourself! Go on. We’ll wait.

If you’re not quite ready to sit through five seasons of television today, here’s a rundown: disbarred lawyer Jeff Winger (who faked his law degree and practiced for years before getting caught) is smart and lazy, and needs to finish his various degrees before he can resume his high-powered attorney’s life. The quickest, cheapest way of doing so is to go to his local community college, Greendale, and take as many blow-off classes as he can to get his BA with the minimum possible work.

The only problem: community college is bursting with strange people, all of whom seem to flock to Jeff’s side. It’s not Jeff’s fault he started a study group as an excuse to get to know his hot blonde classmate Britta, and that she invited all the weirdos from Spanish class to study together, is it? Admit it; in the same position you’d do the same thing. But now Jeff’s got a bunch of walking disasters clinging to him – and he has to navigate their problems as well as his own in order to graduate on time. There’s Pierce, the ageing Boomer with a vast fortune and too much spare time; Annie, the over-achieving high school grad who pushed herself straight into an Adderal addiction and a nervous breakdown and is now recuperating; Troy, the high school football star who lost his scholarship to somewhere (anywhere) else after a keg-stand; Shirley, a divorced mother-of-two trying to put her life together after her husband leaves her; Britta, a high school dropout and former communist trying to navigate her early 30s; and Abed, a pop-culture obsessed weirdo who uses film and television to relate to his very strange world. They take Spanish together with Senior Chang, an angry man with a few secrets to hide… and watching over them all is the school’s dean, Craig Pelton who… well, it’s kind of impossible to describe him.

Community’s mix of humour and pathos makes it as warm and funny as you could ever want from a sitcom. But what sets Community apart is its incredible storytelling and brilliant use of pop culture to shine a light on how heavily we all rely on pop culture to bring us together. We speak in Buffy quotes and Die Hard references, joke about training montages and bottle episodes, and dream about school-wide paintball competitions. And so does Community. So it’s no surprise that Community has a fervent following, and that its many fans are very, very talented artists. Today we’re rounding up a few of our favourite examples of Community fanart and fan-love. 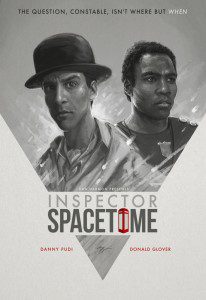 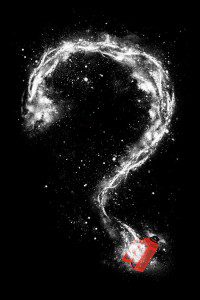 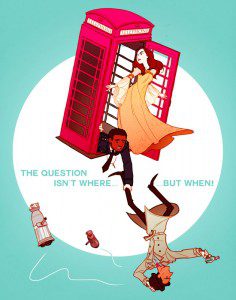 (art by Blue on Society6, here. This one’s my favourite.) 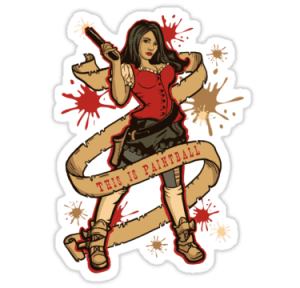 (Annie Get Your Gun by Karen Hallion, available on Redbubble – here – and elsewhere. The same artist does a wonderful Inspector Spacetime Art Noveau print, as well.)

This incredible piece is by Steevinlove on Deviantart, here.)

Hard to explain unless you’ve seen the show, but: 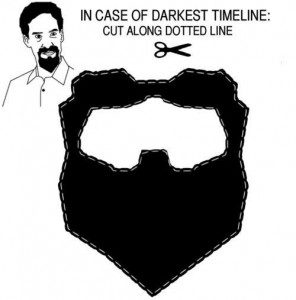 Again, kind of hard to explain. Basically the show did an episode as an 80s video game.

(Earrings by PopCulturePlastics on Etsy, here.)

Oh, there was a GI Joe episode, too.

(Chris Keating of Castle Geek-Skull made action figures in full packaging here, and every one is amazing.) 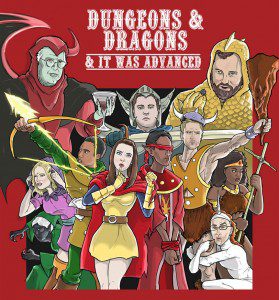 (By Kinjamin on Deviantart, here.) 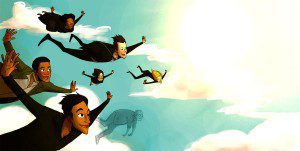 (Everyone’s flying! And why not. By Engelen on Deviantart, here.)

(The complete lineup of all Dean Pelton’s costumes, by Dennis Culver, here.)

(Just in time for Age of Ultron, here’s the gang as the Avengers by Needless Procedures on Tumblr, here.)

There’s a link to even more fanart here.