Off To Work We Dodo: Editorial Assistant

Posted on July 14, 2014 in Books with tags Dinosaurs, Life in Publishing, Off To Work We Dodo

I will try and make this as different from Anne’s post as possible! So firstly, a quick introduction for myself… I started off as an Editorial Intern here, but now am an Editorial Assistant! Yay for me! I currently look after three different Editors who all work in different genres, so I get a really diverse taste of the publishing world.

Anne is one of my Editors and as you can tell… she really knows her stuff! So, I get to work on some pretty amazing projects. Another Editor works for the crime imprint, Mulholland. I get to read some pretty interesting – if not sometimes disturbing – stuff, like Murder as a Fine Art (that title rocks socks). Finally, I also work on Women’s Fiction. This is one of the most diverse areas I work in, going from the rather blush-worthy erotica books to heart-wrenching tearjerkers.

Basically… on daily basis I can go from horror to romance in 0-60.

Even though I work on so many different titles, the editorial process Anne described in her Off To Work We Dodo is pretty much the same. Though in the editing stages I tend to shadow, rather than actually edit! I thought that since you’ve already read all about the process, I’ll give you all some visual aids.

So at first we get a manuscript, which is emailed over by an agent. I usually get this from an Editor or from the emails that get circulated before our weekly Editorial meetings. 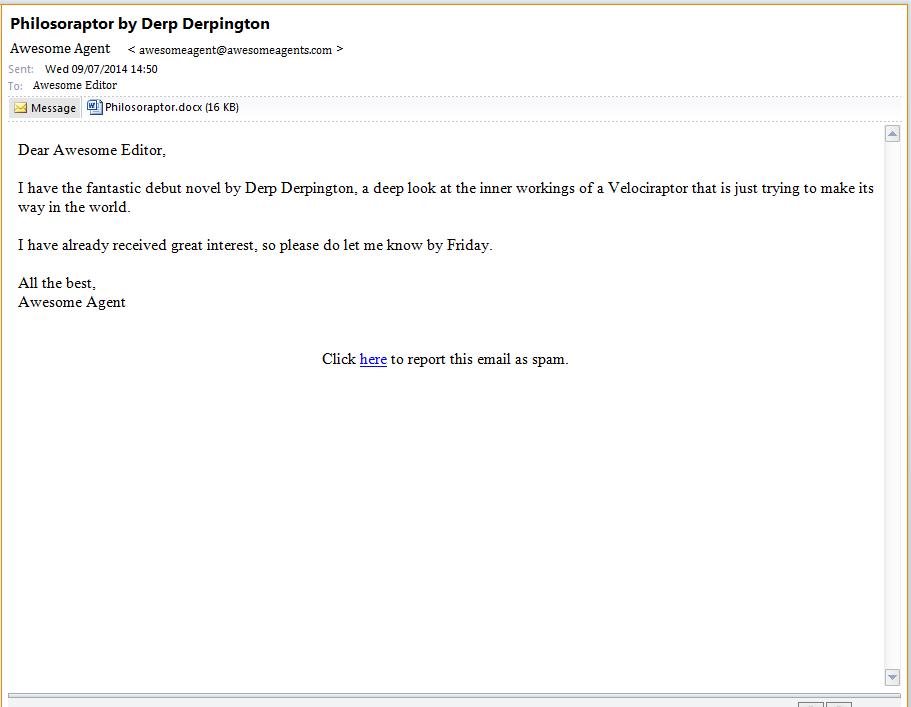 Say we all love Derp Derpington’s book, we’ll then try to buy it – and yay we got it! Happiness all around. Then it is time for Editor and Author to have a good chat about what is going on with the book, all the things that will make the already awesome Philosoraptor the best book ever. Once all this is sorted through (I’m heavily simplifying a process which can take a lot of time for both parties), we send off the now complete book to an external copyeditor. The document will come back with inconsistencies, comments and general opinions to make the book even better. It tends to look something like this:

This then goes back to Derp Derpington who decides whether he wants to make the changes. Once there is a final document, I will then create a bunch of forms which need to be sent off to production. These will outline what the pages before and after the main text should be, what should be included and how we would like the eBook to look. The fantabulous production team then use the copyedited manuscript to get started on the typesetting process, which leads to the creation of something we call page proofs. 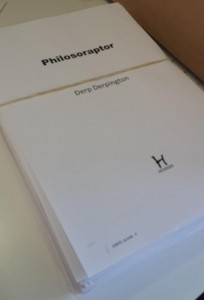 As you saw from the copyedited manuscript, some errors can still be left in, regardless of the excellent skills of the copyeditor. There can also be some errors that come up through the typesetting process, so the proofs then get sent to an external proofreader and again to Derp Derpington. When I get them both back, I then collate them into one set and send back up to production. The process of checking usually doesn’t go past two sets, but sometimes complications arise, but eventually we end up with a finished file! This is the book – yay! It is then also formatted and made into an eBook, but this time for structural issues that may come about through the conversion process.

Alongside this entire process, the Editor (and the Assistant) work alongside the Art department to create a beautiful cover. This also involves a lot of discussion with agent and author, several suggestions are made, the choices are eventually narrowed down to one. This cover is then proofread and perfected. 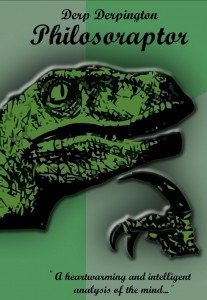 Each separate stage needs to be approved, which will either be done by myself or the editor – this will be for the final cover (which always need to be checked by two), the final text file and the final eBook. When everything is approved, we are ready to get printing… even though I have no input in this part, I do thoroughly love getting the finished product! 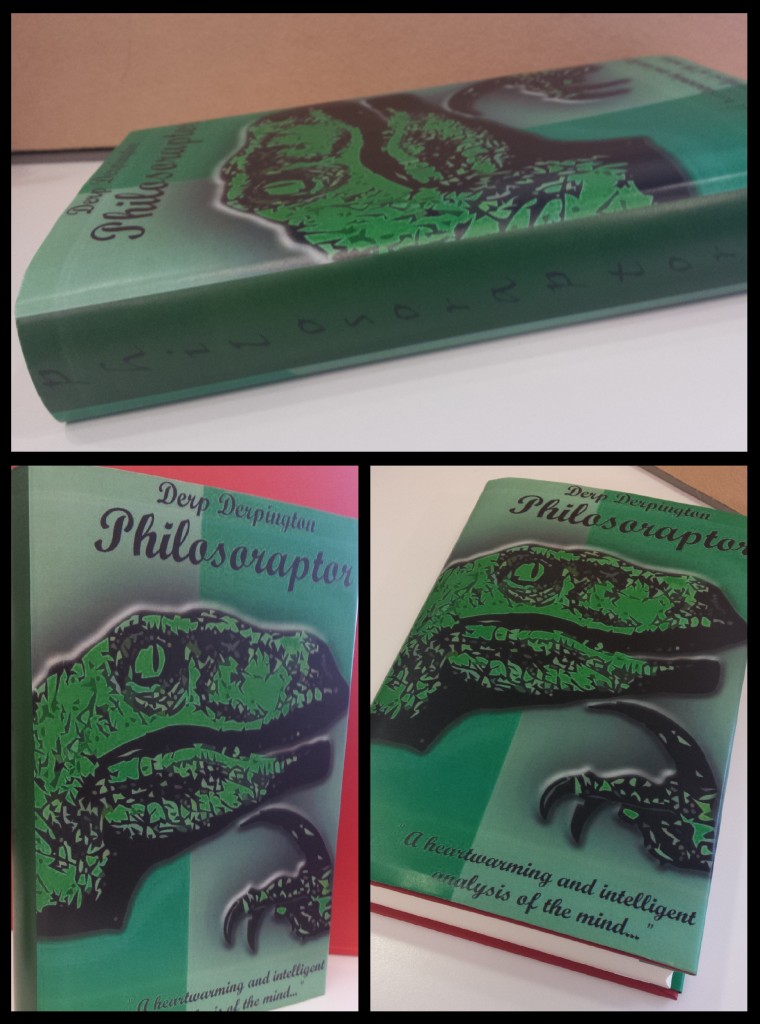