New television shows to get excited about this autumn 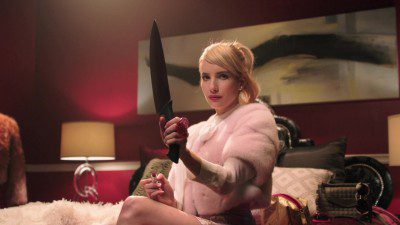 Posted on September 2, 2015 in Television with tags

Today I came to work wearing four layers of clothes. Autumn is here. But luckily so are a bunch of awesome television shows (and some not so awesome ones that I will nevertheless be watching).

What TV show are you most looking forward to this autumn? Tell us in the comments!

Check out our list of what films to look forward to.

Rick conveniently managed to sleep through the first days of the apocalypse in The Walking Dead, but now we have Fear The Walking Dead to fill the gap.  You know the score: zombies eat people, people get sad.

A reboot of Heroes following an all new set of ordinary people gifted with fantastical powers. Handle with caution.

From the makers of Sons of Anarchy comes another tale about angry blokes. The titular ‘bastard executioner’ is a warrior knight who, broken by the ravages of war, vows to lay down his sword. His retirement plan doesn’t exactly work out. Admittedly this doesn’t appear to have any fantastical elements, but I’m holding out for a dragon in the season finale.

A horror-comedy anthology series from the creators of American Horror Story that will probably confirm everything you ever suspected about sororities.

The latest incarnation of this anthology series, set in a hotel staffed by ghouls and Gaga. I, along with most of Tumblr, am pretty disappointed about the lack of Jessica Lange and, unlike most of Tumblr, not looking forward to the appearance of Lady Gaga. Nevertheless, I will watch the hell out of this because it is one of the most consistently surprising and disgusting shows on television.

A spin-off series from Arrow and The Flash in which Rip Hunter travels back in time to bring together a team of heroes and villains in an attempt to prevent Vandal Savage from destroying the world and time itself.

When a deadly epidemic breaks out in Atlanta, the city is quarantined and those left inside are forced to fight for their lives.

Mary Shelley’s Frankenstein is revived once again when a morally corrupt 75-year old sheriff is brought back to life in the body of a younger man. However, despite having a new life (and a hot new bod), the temptations that led to his career being tarnished continue to haunt him.

Lucifer from Neil Gaiman’s Sandman and its spinoff series Lucifer gets his own TV show. Kind of. They’re calling this a ‘loose’ adaptation… which raises a few red flags. In this series Lucifer gets bored of Hell so decides to up sticks and relocate to Los Angeles and help the LAPD punish some criminals. This doesn’t make sense to me on a number of levels.

Let’s face it, the female-led superhero movie of our dreams is probably years away. For now, we have this.

Not a sequel to the Terrence Malick film, instead a genre-bending martial arts drama about a great warrior and a young boy who embark on a journey of enlightenment.

The Man in the High Castle

An adaptation of Philip K. Dick’s classic alternate history of a North America controlled by Nazis.

After peaceful aliens invade earth, humanity finds itself living in a utopia under the indirect rule of the aliens – but does this utopia come at a price? An adaptation of Arthur C’ Clarke’s novel depicting a (seemingly) benign alien invasion.

The crew of the Rocinante discover a derelict vessel which holds a secret that may be devastating to human existence. Based on Leviathan Wakes, the first book in James S. A. Corey’s The Expanse series.

Another adaptation! This time of Terry Brooks’ The Elfstones of Shannara, the second book in The Original Shannara Trilogy. An Elvish tree, known as the Ellcrys, is dying. The tree has been the only piece of magic that protects the Four Lands from the Demon World and Amberle Elessedil is the only one who can save it. But she has to unlock magic that the Elves haven’t used in thousands of years.

This premieres in the US in January – let’s hope a UK premiere is swift to follow.

The story revolves around a futuristic theme park staffed by robots that help guests live out their fantasies. The park breaks down, however, and two guests taking a Wild West adventure find themselves stalked by a gun-slinging android.