Nashville: All the Major Characters, ranked 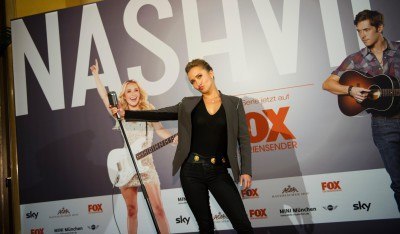 Oh, man. Nashville. Country music soap of our dreams. We have some very serious opinions about which characters are best, and today we’re sharing them with you. Along with the song that best typifies that character. How would you rank them? Sing us a song about your feelings in the comments.

I’m skipping a lot of secondary characters, like Juliette’s long-suffering manager and Liam (who I really like but only really matters because he’s slept with two of the main cast and accidentally got one hooked – sorta? – one some sort of pills.) Also OBVIOUSLY this is only my opinion, and I really can’t stand Gunnar and Scarlet, and you’re all going to yell at me about that but I can’t stand them.

Also this post contains spoilers through the first three seasons of the show. If you comment, however, please don’t spoil the fourth season – I haven’t seen it yet, and if you comment on this post your comment will be emailed to me and I won’t be able to moderate it without reading it and I really hate spoilers. Thanks!

We were all going to be predisposed to love Rayna no matter what because she’s played by Connie Freaking Britton, aka the only TV mom we’d ever throw our real mom over for (sorry, mom!) because she was Tami Taylor on The Greatest Show of All Time and she has amazing hair. But she’s also, generally speaking, the only real adult on this ridiculous, wonderful soapy show. Even when she’s supposed to be kind of difficult, or making bad decisions, I can’t not love her.

Song: Stronger Than Me, which she imbues with so much soulful regret.

Powers Boothe has so much presence he basically steals every scene he’s in. There wasn’t enough air on the show for both him and Jeff to be villains, so one had to go. Sorry, Lamar – we’ll never forget you.

I had my doubts about Juliette at first, because I hated Heroes and poor Hayden Panettierre will be forever associated with it in my mind. But Hayden is great at playing the narcissitic, self-destructive, total brat that is Juliette and somehow making her likeable and sympathetic. I also really, really admire the show’s committment to letting Juliette be so raw and ambitious. She’s a fascinating character and a sadly unusual one, even in 2016, when you’d think we’d get to see more interesting female characters in our tv shows.

Song: Love Like Mine, because it’s hilariously over the top and also a good summation of Juliette’s character.

Other people like Deacon much more than I do, but I really do respect how committed the show is to portraying what a terribly damaged guy he is. He’s still very likable, and he absolutely lights up when he sings with Rayna, but I personally find him less interesting than I might. That said, he’s been very ably and consistently drawn, so he gets a top slot.

Song: No One Will Ever Love You. Appropriately he gets a duet with Rayna as his song, both because it’s beautiful and because it compresses their entire relationship dynamic into one 3-minute act. Also I get it stuck in my head all the time.

In a perfect world Jeff would probably be my number 3, because I love a greasy villain and he is TOTALLY THE GREASIEST. I love a villainous bureaucrat (see, eg, my affection for Littlefinger) and Jeff’s oleaginous commitment to the bottom line makes for great drama in a show that is generally given over to being very sympathetic to artists and their feels. But he’s also fairly inconsistently drawn, being made to be evil depending on the needs of the plot (see, eg, his gaslighting of Layla, which was so ridiculous.)

Song: Poor Unfortunate Souls. This is not the song I wanted for him but I couldn’t find the actual one (some sort of cartoon villainess crowing about how awesome being evil is) so it’ll do.

They’d get higher placement if I weren’t so over Maddie’s teenage angst.

Song: Ho Hey. Their version of Telescope is a close second, though. These two actresses (sisters in real life, too) are so good together. Their songs are always a pleasure to listen to.

As I said before, I really respect Nashville’s commitment to portraying ambitious women. I also really like Aubrey Peeple’s voice, and her relationship with Will is really interesting. But the show can’t make up its mind about how smart she is, (see, eg, Jeff gaslighting her, which WTF), which really bothers me. Still, she’s a great counterpoint to Juliette and anything that sends Juliette into a tizzy (though let’s be honest; most things send Juliette into a tizzy) gets an A in my book.

Song: It All Slows Down. IDK, I  really like her voice. I couldn’t find a non-dodgy version on YouTube so here’s Layla singing Tell Me.

If I had only seen the first season Avery would have been on the very bottom of this list. He’s so awful in the first season. But hooking him up with Juliette softened and deepened his character.

Song: Let There be Lonely. I don’t love Jonathan Jackson’s voice but this is a very nice ballad.

For a long time Will felt like ‘the gay one’ because the show didn’t do much to flesh his character out. To the point that I had a really hard time remember his name. For, like a season and a half. But he’s grown on me as he’s become more comfortable with his sexuality, so he gets to be on the top half of the bottom half of this list.

OMG Luke you were so boring until Reyna dumped you. PS you still haven’t done anything about the big ol’ ‘Reyna’ tattooed on your forearm.

Song: This Time. Dude, you should have listened to the lyrics instead of proposing.

Oh, Teddy. So nice. Such a wet blanket compared to everyone else.

100% my second least-favourite character on the show. Her reluctance to take advantage of the many incredible opportunities that are continually laid at her feet is really frustrating to me as a viewer, compounded by the fact that the writers can’t quite bring themselves to ever, ever give her a spine. She bounces from dude to dude to dude waiting for validation, and also there was that time she got PTSD from being a rockstar or whatever. Pass. None of this is in any way a reflection on the actress, who plays her incredibly well, and who sings so, so beautifully. I just can’t stand the character.

Song: Fade Into You. Like Rayna and Deacon (because they’re younger versions of them, geddit?) Scarlet and Gunnar are at their best when they’re singing together. Unlike Rayna and Deacon, however, they’re not remotely interesting otherwise.

Ugh, Gunnar. From his stupid hats to his whiny tenor to his unbelievable commitment to his own victim complex, Gunnar is the worst. The Worst. Again, this is no reflection on the actor, who plays him very well. It’s just the character.

Song: Gun for a Mouth. The chorus is something like ‘gun, gun, gun for a mouth.’ I mean come on.

One comment on “Nashville: All the Major Characters, ranked”