Musical Songs for Every Moment 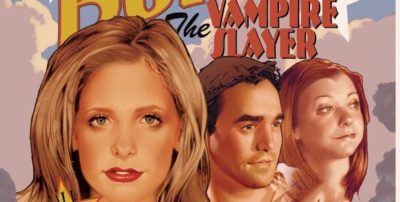 Posted on June 8, 2016 in Fun Stuff with tags Musicals

Musicals. Big, brash, bold, and FULL OF SONG. Whatever mood you’re in, some musical out there features a song written expressly to help you sing your feelings, preferably in the shower.

NB I don’t know Hamilton so didn’t include any songs from Hamilton I KNOW OKAY  I KNOW.

Mood: I’ve been living in a tower for my whole life! I totally want to go have an adventure!

Song: When will my life begin? from Tangled.

Important liner note: Who wants a chameleon sidekick? I do!

Mood: Something weird is going on, but what?

Song: I’ve got a Theory, from Buffy the Vampire Slayer, “Once More with Feeling.”

Mood: My taste in romantic partners is terrible, but there doesn’t seem to be much I can do about it.

Song: Stronger than Me, from Nashville.

Important Note: I couldn’t get a video to link through, so let’s all enjoy this gif instead.

Bonus Important Note: This song totally bums me out. in a good way.

Mood: Boys suck, but I’ve got my future to worry about.

Important note: this song is GREAT for singing in the shower.

Mood: Buck up, girl, and go conquer the world.

Song: Climb Ev’ry Mountain from The Sound of Music

Important note: Turn the volume up and belt this one out. You’re awesome.

Mood: I need to talk a boy into doing something, in the most horrible way possible

Mood: I am insignificant but my quest in life gives me purpose. ALSO I AM OBSESSED WITH JEAN VALJEAN.

Important note: The best song from Les Mis. Come at me, On My Own.

Mood: OH MY GOD I LIKE A BOY AND HE DOESN’T EVEN KNOW I EXIST.

Song: On my Own , from Les Mis

Important note: Les Mis was basically the soundtrack to my life as a 13-year-old.

Mood: I’m going to a party! But I’m a girl so it’s a complicated process.

Mood: I am A VILLAIN and my minions are SINGING BUGS.

Song: In the Dark of the Night, from Anastasia

Important note: Rasputin, you are not scary.

Mood: I am a MINION to a VILLAIN and I am singing my own theme music!

Mood: Being a mermaid is freaking awesome, yo.

Song: Under the Sea, from The Little Mermaid.

Mood: I’m in a park! Everything is great!

Song: How Does She Know from Enchanted

Important note: is this the most joyful song from any Disney movie ever?

Song: The Sun Whose Rays are All Ablaze from The Mikado

Important note: Yeah, it’s Gilbert & Sullivan. Sung by Moaning Myrtle. GET IN THERE.

Song: I’ll make a man out of you, from Mulan

Important note: Shang is the hottest Disney prince by A MILLION BILLION LIGHTYEARS.

Note: There’s a reaction video of Ray Bradbury watching this.