What makes a book metafictional? 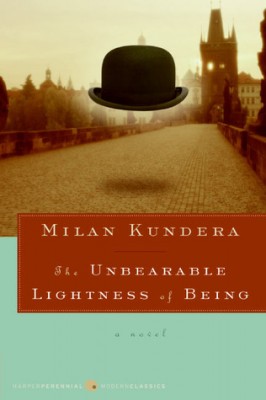 Posted on November 28, 2013 in Books with tags Jasper Fforde

Meta from the Greek meaning ‘beyond’ and ‘self’. Fiction from the old French meaning ‘arbitrary invention’. Metafiction, then, is a self-aware creation. Something made up that knows it’s made up. One of the best known works of metafiction, I would suggest, is If on a Winter’s Night a Traveler by  Italo Calvino, which is a book about the failed attempt of a reader reading a book called If on a winter’s night a traveler. The chapters alternate between this plot and the opening chapters of books the reader is reading. The book is aware it is being read.

Of course, it’s not. No book is self-aware. No book understands itself. It is the author, when writing it, who is talking directly to the reader. True enough of works of metafiction. But then, doesn’t that apply to all fiction? Is all fiction, by definition, self-aware? 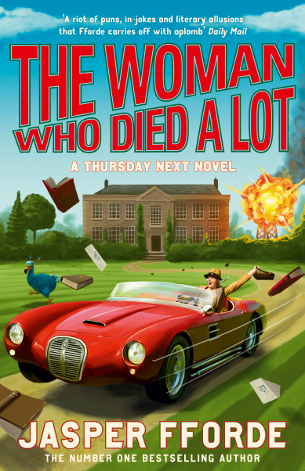 I recently read The Woman Who Died A Lot by Jasper Fforde. It is the 7th in the Thursday Next series. It got me thinking about the boundaries of fiction and metafiction. The nature of the series is complex. In the first book, The Eyre Affair, the heroine, Thursday Next, can jump from her reality (which is not ours) into fiction (which is equivalent to ours). She goes into Jane Eyre to solve a mystery. The series is alternate history, fantasy, metafiction, crime and science fiction. All at once. By First Among Sequels, the fifth, there were many potentially confusing elements, including the ‘real’ Thursday and a couple of fictional Thursdays who were from a parallel universe. Indeed, One of Our Thursdays Is Missing, book 6, features a fictional Thursday looking for the missing real Thursday. These books all talk about the differences between fiction and ‘reality’, and while they have clever devices (such as fictional biographies at the start of each chapter), don’t really speak directly to the reader themselves. 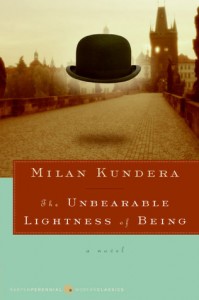 Except they do. In books described as metafiction, such as the aforementioned Calvino, The Princess Bride by William Goldman and Elizabeth Kostova’s The Historian, the story is about a reader reading the book. Other books, often incredibly explicitly, speak directly to the reader; such as when the narrator intentionally exposes themselves in The Unbearable Lightness of Being by Milan Kundera, or when characters are aware they are in a story like many of the works of Robert Rankin (especially Lazlo Woodbine, in books such as Necrophenia). But don’t all books?

When you are reading any piece of fiction written in the first person, where the narrator is describing what is happening to them, you are reading something that is expecting to be read. OK, so in the Adrian Mole series or even Dracula, these are diaries. Not all diaries are necessarily meant to be read. Most are, however. So a fictional diary is a metafictional conceit. But while all first person narratives feature characters who believe they are in a story, they are all written because they are meant to be read. Which means they are, in the loosest sense, self-aware.

And what of other types of fiction? Every story has an artifice. Each has a conceit. Sure, some flaunt the fact that they are fiction more than others, but they are all stories (which the exception of the largely unsuccessful hyperrealist movement). They all exist in a world that’s not real and is there to be read. Otherwise it’s non-fiction, or if it mirrors real-life, most probably dull. When a character speaks in fiction, they mostly don’t speak as they do in real-life. Real people talk in cliché and repetition. When someone is telling a tale they use ‘and he said and she said’ all the time. If a character in a work of fiction spoke like that, it would be dull. In a crisis, most real people work it the best they can, by calling on the help of loved ones or professionals. In fiction, the character finds a way to overcome the crisis which will drive the plot. When most of us would struggle to exist in the normal banality of day to day life, Kirby, in Lauren Beukes The Shining Girls, goes after her attempted murderer herself. No-one would do that except a character in a story. So Kirby, and all other fictional characters, must act like she is in a story, and not like a real person. So isn’t all fiction meta?

2 comments on “What makes a book metafictional?”