Leaps and Journeys: on winning the World Fantasy Award

Fantasy is a world I learnt to occupy in childhood, a landscape in which I could knock around the ideas that were too big, too strange, or too true for daily life. In adulthood, I spent a lot of time
forgetting the way to that world. Writing The Chimes was a path back. It’s hard to describe the relief of the return. The recognition of peers who navigate this same imaginative terrain, and who face its often terrifying freedom, means a huge amount to me – and make receiving the World Fantasy Award, with its storied past, a particular honour.

The Chimes came to me while I was on the move. The main voice of the novel arrived when I was on the bus. Later, when I was stuck on some element of plot or character, I’d walk from our flat on Mansfield Road up past the Lido and onto Hampstead Heath, and from there up Parliament Hill. This is a path that my narrator walks in the novel, though in his world the sandwich bar is no longer there and the Lido is in ruins. My office and laptop would be full of doubt or anxiety, but walking would always shake loose an interim solution or reveal some detail: the weird threat of a red-clouded sky, for example, or the realisation – looking across at the windows of the Lissenden Gardens estates – that a world governed by constant vibration would wreak havoc with glass. 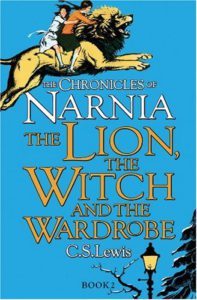 Writing has always been linked to walking for me. It’s the most efficient way of cutting a knot of tangled thinking. It’s also the best way of getting to know a city. Nietzche said we should never trust a thought that doesn’t come while walking, and I’ve tended to agree. So, The Chimes came from wandering around London. But it also came, I think, from a deep love of the journeys mapped in the literature I was introduced to as a child.

I remember as a kid listening to my parents reading the epic quests in Tolkien and C.S Lewis and feeling hungry for the knock on the door that would be my cue. The plots that have stayed with me from that time are all journeys – the rabbits leaving the familiar burrow in Watership Down, the children walking through war-torn Poland in Ian Seraillier’s The Silver Sword, Owain and Regina’s long march in Dawn Wind. Why is the quest, the journey, so profoundly important in children’s literature?

In adult fiction – as I guess in adult life, for those lucky enough to live in a place of relative peace and stability – there aren’t quite so many calls for journeying. In my early thirties I wasn’t particularly happy, but I was kind of settled. My daily commute was untouched by epic demands. The internet offered constant escape, but one of a hoveringly, transfixingly static nature. I began writing The Chimes out of a realisation that I still had that childhood hunger. It was the same impulse that turned me back to reading fantasy as a genre that still held the possibility for epic travel, whether via actual quest, or in the leaps of imagination and possibility that made domestic journeys strange and new, and render internal territories weird and epic.

My dearest goal in writing The Chimes was to stake some sort of claim on those imaginative freedoms. What I learnt in the process is that, if you’re hungry for a self-defining quest, writing a novel is one in its own right. Pack a bag – what will you take? Study the things you know; study the things you own. From these, select the most important and useful items, and try and fit them into some sort of carry-all. Choose carefully, because you’ll be carrying these things for a long time. Ready yourself for long periods of waiting, prolonged droughts, and intense, bewildering bursts of action. Be brave, when you can. If you’re lucky, at the end you’ll know a little more about the kind of person you are. You might not change the world, but you may, temporarily restore some sort of finely held internal balance. 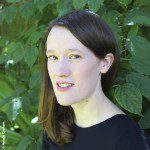