At the age of 19 Stephen King decided he would write an epic similar to The Lord of the Rings. The ‘spaghetti Westerns’ of that time and a poem written by Robert Browning became the inspiration for the Dark Tower series.

Consisting of 8 books and over 4,000 pages, this series follows the Last Gunslinger, Roland Deschain, on his quest to find the mysterious Dark Tower. His journey will take him across a desolate world which frighteningly echoes our own, and now that world is about to arrive in cinemas with the long-awaited film adaption.

Can’t remember the series order? Need a quick High Speech refresher? Want to get reacquainted with the Ka-tet? 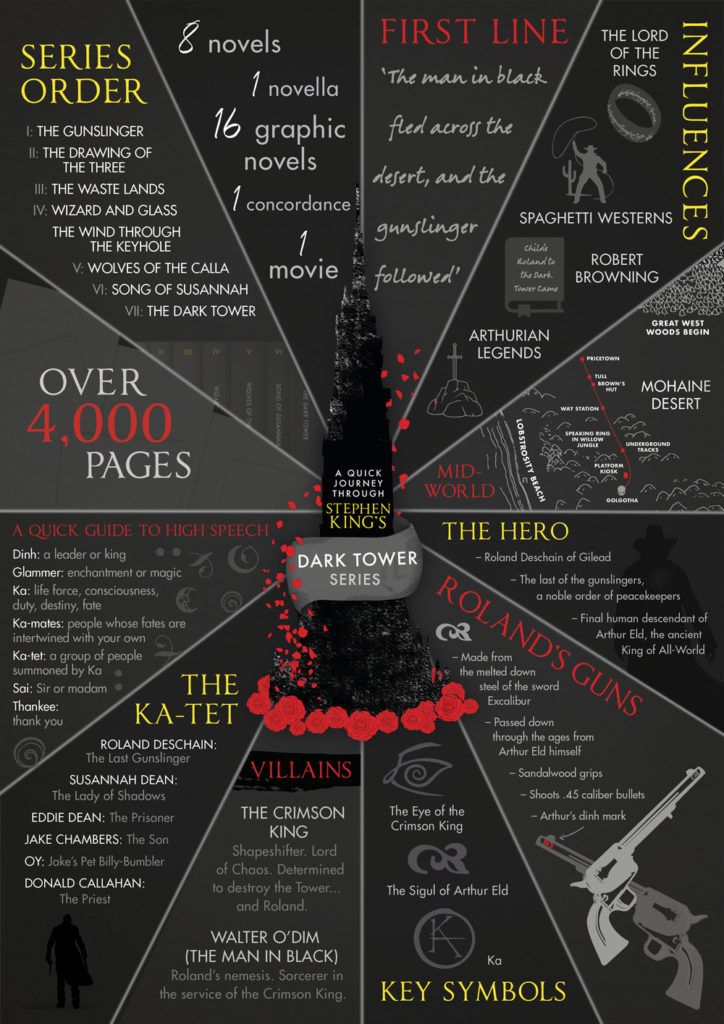