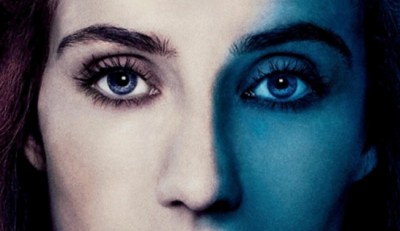 Posted on August 29, 2013 in Books, Television with tags Jonathan Black

A few years ago I wrote book called The Secret History of the World. It was history according to the beliefs of secret societies like the Rosicrucians. I didn’t try to argue for it or present evidence, just dragged it all into the light of day. These mystical and esoteric beliefs, taken together, are a well worked account of idealism, the philosophy which argues that mind is in some sense more real than matter and prior to it. The book has done well in some territories, including France, Holland and the States. I was tickled pink the other day to discover that the villain of a Spanish film epic of the Holy Grail and the Templars was named after Jonathan Black. It seems to appeal to students and others curious about new ways of looking at the world. I was even invited to lecture on idealism at Maastricht University, not because I’m a proper philosopher but because materialism – the opposite of idealism – is so dominant that it’s hard to find anyone to argue the toss.

There is one great manifestation of idealism and its understanding of history in modern culture and that is Fantasy. According to idealism there was a period in the distant past when bodies were not as solid as they are today but closer to phantoms. This was the age of dragons and other monsters, giants, dwarves and elves – the age of metamorphosis. If you look at the roots of Fantasy in Tolkien, for example, you see an account of the end of the age of metamorphosis, when bodies are nearly as solid as they are today but monsters and other stragglers from earlier ages still loom large, and magic is remains relatively easy.

I’ve come late to Game of Thrones, but watching the second series last night I was struck by talk of ‘the Higher Mysteries’, a reference to the ceremonies performed in the ancient world with the aim of attaining supernatural powers. The witchy character Melisandre is clearly based on Melisande, a straggler from the age of metamorphosis first described by the proto-Rosicrucian magus Paracelsus. There is in Fantasy a remarkable conformity to the esoteric account of history. Some would say this is merely a matter of literary influence or the limitations of the human imagination, but I like to think it represents the traces of some kind of universal memory and that it is all true!

Fantasy is a genre that exalts the imagination and in the esoteric account of the world imagination can be a way of tuning into a deeper reality. French esoteric thinkers call this reality the ‘imaginal world’. They describe it as a place that may be entered via different portals in different places and at different times, but say that people who go there are going to the same place.

Mark Booth is Publisher at Coronet (an imprint of Hodder & Stoughton) and, under his pen name Jonathan Black, the author of The Secret History of the World. His new book, The Sacred History: How angels, mystics and higher intelligence made our world, is published today by Quercus.

Mark Booth is Publisher at Coronet (an imprint of Hodder & Stoughton) and, under his pen name Jonathan Black, the author of The Secret History of the World. His new book, The Sacred History: How angels, mystics and higher intelligence made our world, is published by Quercus.