How to Write a Point Horror Novel in Ten Easy Steps 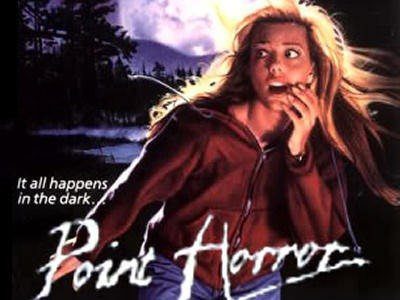 I’ve been feeling a little nostalgic for my youth recently.  Perhaps it’s the fact nineties fashion is back with a vengeance (yes, I wore those slip dresses and tattoo chokers first time around, thank you very much). Or maybe it’s the endless Buffy re-runs I’ve been treating myself to.  Chiefly though, I think it was the discovery of some old Point Horrors on a dusty shelf at my parents’ house.

Ah, Point Horror – my sole means of entertainment in the early nineties.

Needless to say, I read them again immediately and it brought back memories of a time at high school, when a friend and I used to shamelessly troll the plots of our once-beloved books.  We came up with the ultimate Point Horror formula, which went a little like this:

Unattractive girl blossoms over summer break and popular guy suddenly notices her.  All their friends are murdered.  He is the main suspect.  It’s not him.  The end.

Pick a title starting with ‘The’.  Seriously, I’m sure at least eighty per cent of the collection’s titles began this way. The Babysitter, The Cheerleader, The Beach House…honestly, the list is endless. 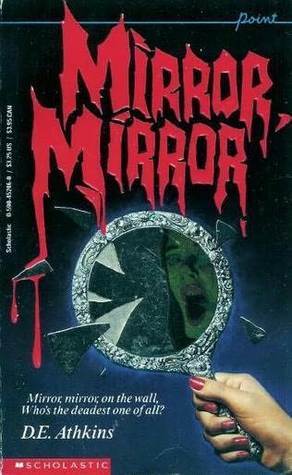 Abbreviate your name.  Alternatively, use a pseudonym.  Again, there were exceptions to the rule, but do R.L. Stein or A. Bates ring any bells?  Or, my all-time favourite, D.E. Athkins. When my friend and I figured out that the first part spelt out the word ‘death’, you should have seen the looks on our faces.  We thought we were awesome for figuring this out.

Hot jock dude.  Yes, I said dude.  His main role is to integrate our MC into the ‘Popular Group’, which she, of course, has always dreamt of.  He is popular, handsome, probably on the football team and definitely has a car.  His friends are all utter imbeciles, yet he has never once shoved anyone into a locker.  Hmmm.

Questionable fashion choices must abound.  My favourites are the ones that made even eleven year old me cringe in horror (and I wore Kappa popper pants and mood rings, because, cool).  I distinctly remember green tights and a corduroy skirt being a fashion choice in The Babysitter.  In Prom Date there was a gal wearing nothing but a man’s belted white shirt to school and, whilst we all know this would only make her look like she was doing the walk of shame, she is sophisticated and fabulous.  So, go crazy.  Fashion in PH knows no rules. 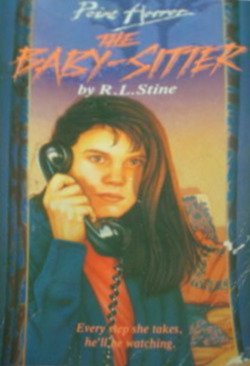 Everyone’s parents must be out.  Or on holiday.  Or dead.  To be fair, the absent parents trope is still huge in YA fiction, but in Point Horror Land, the main character would end up at an unchaperoned party, in a huge house.  There would be no alcohol (because, good girl), but there would be something going down.  Something sinister.  Something deadly. (That could totally be part of a PH blurb.)

Murder.  Loads of it.  The perp doesn’t even have to be human, so let your imagination run wild.  Think back to all those brilliant nineties slasher movies and you’ve got the right idea.  Dead bodies in party set ups a la Hallowe’en Night, teens trying to escape through cat flaps (okay, so that one’s from Scream, but I had to include it).  My all-time favourite is in Homecoming Queen, where poor Betsy is done in via washing machine.  At a Laundromat.  Honestly. I mean, kids doing laundry?

Exposition.  Pour on gallons of the stuff.  Oh, hey new kid, what do you mean you don’t know about our haunted house/camp/school?  Let me tell you all about it whilst you react in utter terror, before going on to do exactly what I told you not to, because you’re brave.  Yep, that’s real clever. 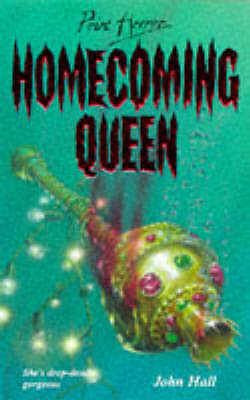 The Big Finale.  Try to add a twist.  Injure and maim your heroine.  Make her think her beau has bitten it, just as she found out IT WASN’T HIM.  My favourite was from the Nightmare Hall series, in The Roommate.  At the end the murderer is stalking the MC through a darkened room – then you find out the MC was the murderer all along.  She had a split personality or something.  Admittedly, I now know that this isn’t the best advertisement for mental health in YA but it was the first time I ever went back to read a chapter again, to see how the author had tricked me.  Brilliant.

The Happily Ever After.  Boy and girl face the aftermath together, knowing their relationship is stronger for it.  She’s probably prom queen or something.

Unless you’re poor Jenny Jeffers in the Babysitter series.  There were four of those bad boys for her to get through.

So, there you have it – a perfect Point Horror novel.  Mix in a few werewolves or vampires, maybe a little urban legend if that’s your thing.

Now, back to rooting through the archives for my popper pants… 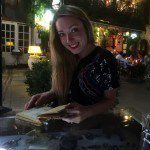 Cynthia is a primary school teacher with a passion for writing. She can often be found with her nose in a book and her head in the clouds. She's currently working on a range of projects, including a YA horror, which she's enjoying writing a little too much...You can find her as @paper_geisha on Twitter.