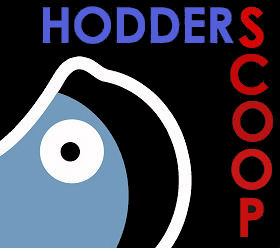 It’s four pm on Friday, and the sun may be over the yardarm somewhere, but we’re still in the office. Here are a few links to brighten your last few working hours this week:

The trailer for the new show Gotham has been released – it’s an exploration of Batman’s roots, and features the young iterations of a number of old favorites beyond baby Bruce (including the Penguin, Catwoman, Poison Ivy, and the Joker, among others). It also features Benjamin McKenzie – aka Ryan from The OC – as a young Commissioner Gordon. We mostly get a Russell Crowe in LA Confidential vibe off his performance… which isn’t necessarily a bad thing!

If you are a fan of Adventure Time, you have got to read this incredible, in-depth exploration of the show. Writers, artists, fans, influences, the bacon song – it’s all there.

Bloody Scotland is hosting a short-story contest: the theme is ‘escape’ and the word limit is 3,000. Get busy!

And the Book Smugglers have announced that they’re in the market for original short fiction! If you’ve got a subversive fairy tale retelling in you, they’re interested! Full Ts & Cs here.

For you Star Trek: The Next Generation fans: what does Will Riker Google?

This may be one of the greatest interviews with an actor we’ve ever read. Timothy Dalton on his roles in the Bond films, Hot Fuzz, Flash Gordon, The Lion in Winter...

Here’s a fascinating statistical breakdown of the story behind lowest-rated film on IMDB. You’ll might be surprised to learn that the film in question not Paris Hilton’s vehicle The Hottie and the Nottie.

You like free stuff, right? Why not download Tom Harper’s free short story ‘Polar Vortex’? It’s an awesome taste of the world you’ll be introduced to in his forthcoming novel Zodiac Station, and it’s free. Free! (Available wherever fine ebooks are sold.)

We’d like to congratulate Nnedi Okorafor for being shortlisted for the Locus awards for her wonderful short story collection Kabu, Kabu.

And here’s what happened on Hodderscape this week!

James Treadwell on magic, memory and forgetting. His novel Anarchy published in paperback on Thursday – it’s a sequel to the critically-acclaimed Advent.

And here’s Isla Morley on doomsday prophets. Also, her novel Above published on Thursday, and was the Hodderscape Review Project title for April. Here’s a roundup!

Do we like the American tv show Arrow? Yes. Yes, we do. We have slightly more mixed feelings, however, about the cult classic Xena: Warrior Princess.

Fleur put together a wonderful mystery cover for this week’s UnCovered: do you recognize it?

Our Friday Favourites: this week it was British myths and legends.