Posted on September 5, 2014 in Hodderscoop with tags Science

It’s Hodderscoop! It’s back! Did you miss us? We missed you. Let’s see what’s new and interesting out on the interwebs, shall we? Today’s images are all jellyfish, because jellyfish are really neat.

A few weeks ago, The AV Club spent the week exploring that year of years, 1994. All of their articles have been fascinating, but I was particularly taken by an essay about Don Bluth, the animator behind The Secret of NIHM, An American Tale, and Anastasia. If you’re a Disney trivia buff or an animation fan, this is well worth a read. 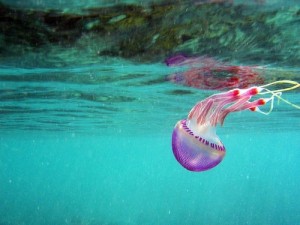 Speaking of animation, word on the street is that some senior Disney animators are teaming up to make a 2D animated movie about female engineers in the 19th century. Or, as the kids call it, something awesome and steampunky. Grabby hands of want.

Can you teach people how to write? The answer isn’t yes or no, but why and how.

Apparently we’re all about science this week. Anyway, here’s some more: how the chemistry of our brains interprets movies, making us emphathise with characters.

Every one of famous physicist Richard Feynman’s lectures is now available for free online. That’s your weekend sorted! (If you’d rather read about Feynman himself, start with Surely You’re Joking, Mr. Feynman. It’s equal parts hilarious and heartbreaking.) 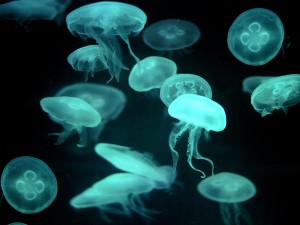 Here are some caterpillars that throw their poo at predators.

In non-sciencey things, how many of these 90’s Fantasy Novel Covers did you own? (You have to have a Pinterest account to see them all. Also, the answer ‘all of them’ is completely acceptable.)

Watch Walter the labrador retriever race through the Italian countryside to leap into the ocean… from his point of view. It’s the most joyous thing you’ll see online today, I promise.

Oh, heck, this music video is also pretty joyous. There’s a giant squid! He crushes everything! ‘I’ve got pretty nice arms/but I hate my beak.’

Speaking of joyus online things, here’s what happened on the blog this week!

To be honest, it was a busy week for all of us, and we didn’t have the chance to update Hodderscape as often as we’d like. But we got a bit in here and there!

In honour of the new fall season that’s about to kick off, we talked about all the new shows that we’re looking forward to. We also chose our favourite television shows of all time. And, as usual, everyone grokked our UnCovered cover this week in, like, nanoseconds. You guys are too good at this.

Last week I hopped across the pond and interviewed our very own Pierce Brown about Red Rising, Golden Son, the writing process, and Los Angeles’ impossibly warm weather. Well, maybe not that last part. But I did think about it.

And, in case you’ve missed it… the final chapters in the incredible serial novel Nunslinger publish next week. The final stories feature some new friends and some familiar old faces, not all of which are entirely welcome. Will Sister Thomas Josephine finally save Abe Muir from himself? Or will the law, or fate, or both, finally catch up with her? You’ll have to wait until Thursday to find out.