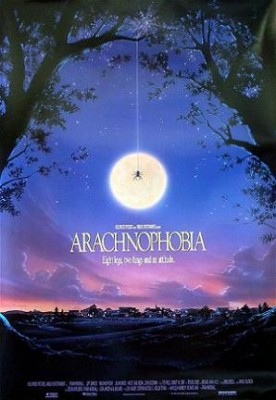 From dancing animals to Game of Grunts, the best things we clicked on this week.

Zoos have to take their iguanas for walks, to make sure they get enough sun (and to keep their toenails from growing out too much.) Aww. (ITV)

Are these animals dancing to Salt ‘n Pepa’s ‘Push It’? Yes. yes they are. (The Mary Sue)

As long as we’re looking at videos of animals, here’s a particularly hypnotic video of a cat chilling in a chair, human-style. Seriously, this cat is just… hanging out. (Tokyodesu)

Hey, did you ever see that film Arachnophobia? It’s a PG-rated horror/comedy with spiders. A lot of spiders. And it’s pretty good! Den of Geek takes a look at it, more than two decades on. (Den of Geek)

Den of Geek also explored 15 horrifying incidental things from Star Wars (the original trilogy). I won’t lie; I’ve wondered about every single one of these at some point or another. (Den of Geek)

This is a lovely chatty dissection of the myths about the Roman emperor Tiberius and his (maybe) sex-island. You might know him as the old guy Caligula bumped off to become emperor. (Emmasouthon.com)

If you like your giant monsters to be the type that battle giant robots, then you’ll probably be very happy to hear that a sequel to Pacific Rim has been greenlit. (We’re promised more Newt.) (Buzzfeed)

Were you a fan of True Detective‘s understated Louisiana setting and quiet tonal horror? Then you should definitely check out this bootleg True Detective DVD cover. It has… none of those things. (AV Club)

And here’s what we did on the blog this week!

Our own Naomi contributed the second essay to our new series, ‘It’s off to Work we Dodo’, a peek behind the scenes here at Hodder, with her look into the the daily life of the marketer. 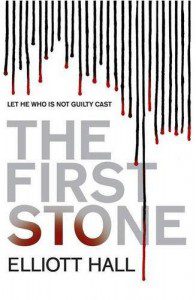 We introduced this month’s Hodderscape Review Project title, The First Stone, by Elliott Hall, with a message from Digital Editor Dom. And Elliott himself dropped by the blog to talk about the modern surveillance state.

Contributor Ian Simpson penned a fascinating essay about the death of genre that includes a six-strong list of uncategorizable genre fiction. That’s your weekend reading sorted!

This week’s UnCovered stumped everyone for a couple of minutes…

And finally! We’ve spent the last couple of weeks talking about chilly books and ice-bound perils. This week we ran screaming for the sun, and chose our favorites scorchers for this week’s Friday Favorites.

And that’s it from us! See you next week!