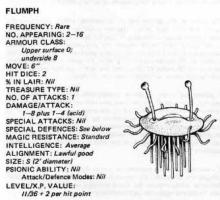 Posted on September 26, 2014 in Hodderscoop, News with tags Buffy the Vampire Slayer, Hodderscoop, The Walking Dead

The AV Club playtested the new D&D starter set! Positives: some sorcerers can now turn themselves into flumphs (sold!) but the advantage you get from flanking has been done away with. (Boo.) Still, looks like an improvement over 4E. Roll to confirm.

I don’t know about you but I can’t get enough pictures of abandoned Underground trains and lines. Here are more.

The pilot for the new show Gotham aired in the US. What I’ve learned about it is this: someone made the decision to change Poison Ivy’s real name from Pamela Isley to… Ivy Pepper. Ivy Pepper.

What profession drinks the most coffee? And how do they take it? This editor does drink a lot of coffee, it’s true, but she prefers her coffee black.

Calling all Buffy fans: artist Stephen Byrne made an intro to the animated Buffy tv show that never was, and it’s fantastic. The article linked to here also includes the snippet of the pilot for a Buffy cartoon that was produced in 2002. In a post My Little Pony: Friendship is Magic world, the old one looks really old and Byrne’s brilliant animation sparkles in comparison – it’s Buffy meets Kim Possible, with a helping of Firefly easter eggs.

I don’t know about you, but now I’ve got the Buffy theme stuck in my head. It must be bunnies. 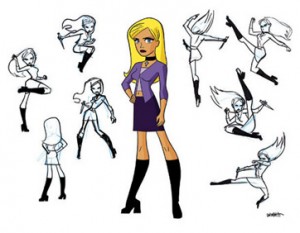 As long as we’re talking about that 2002 Buffy animated series: artist Bruce Timm did the concept art. He was also the concept artist behind the game-changing Batman: The Animated Series, and his Buffy concept art is gorgeous. (He also shares credit with Paul Dini for creating Harley Quinn, who was introduced in Batman: TOS and later adopted by the comics.)

Since we’re still talking about tv shows: Cracked compiled a brilliant piece about the details tv shows put into things you probably haven’t noticed – Sansa’s and Danerys’ costumes, the decomposition of the zombies on Walking Dead… it’s fascinating.

If you’ve read Jon Krakauer’s book Into the Wild, you will be fascinated by this follow-up he did for The New Yorker about how Chris McCandless died. (The theory Krakauer posited in the book has been critised for years.) If you haven’t read Into the Wild, this weekend’s a good time to start it. (Be warned, though; it’s a powerful, painful book.)

Tor.com found an amazing Chinese comic bootleg of Star Wars. You must, must, must click on this link. Han is about nine billion years old, Obi-Wan drinks J&B, and Chewie is a monkey. If you follow the link on tor.com you can find a complete translation, which is one million percent worth your time.

Righty-o. Here’s what we did on the blog this week!

Red Rising and Lagoon published in paperback on Thursday. We took a look back at the projects… and got a little misty.

Speaking of Red Rising – proofs of Golden Son, the sequel, landed in Hodder Towers this week. We had feelings.

Excited about Lavie Tidhar’s forthcoming novel A Man Lies Dreaming? You should definitely check out these incredible quote-gifs. They’re so noir it hurts. 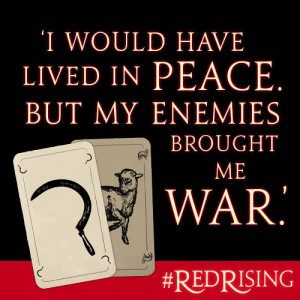 Did you figure out this week’s UnCovered? Twitter did! (Don’t scroll to the bottom of the page before you’ve guessed, though, as the answer is lurking down there.)

David Mitchell discussed the paranormal heart of The Bone Clocks. Everything out of his mouth is quotable.

Last weekend some of the team headed up to Stirling, Scotland for the crime festival Bloody Scotland. It was a total blast and we discovered that Stirling isn’t just home to things like atmospheric castles atop jagged crags, atmospheric mist rolling atmospherically through  atmospherically steep hills, and atmospheric graveyards. Nope! Stirling also boasts a population of rare and mytical beasts. So we photographed them for you.

Finally, we rounded up the team to ask everyone what they read and watched in September. Answers ranged from prehistory to zombies!