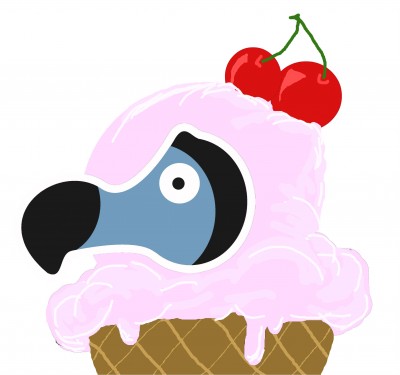 If you take one internet quiz ever, take this one. You’ll have to pick a favourite logical fallacy to complete it, though. (Argumentum ad hominem 4eva.)

This tree of forty fruit is amazing. The Tree of Forty Fruit would make a great title for a novel. Someone get on that!

Geek x Girls traced the evolution of Batman’s logo in both the comics and on screen. Does everyone still imagine it in the yellow oval or is that just me? 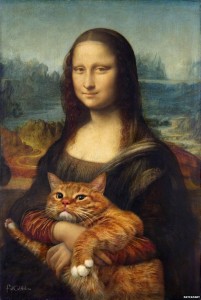 ‘Fluffy’ dinosaurs were a thing, scientists claim. Who are we to argue? Certainly not with the T. Rexes, which apparently hunted in packs…

This was making the rounds earlier this week: if Tube lines were people. As a daily Victoria Line user, I can only say: yes.

If Disney princesses had Instagram. To quote the great man, ’nuff said.

In case you missed it. TGI Friday’s promises endless appetizers, and one woman took them up on it. This is her (unmissable) story.

Equally unmissable: famous paintings improved by the addition of a big fat cat.

Speaking of cats: this guy tried to give his cat Dodo a bath. Dodo didn’t really like the experience.

The Three author Sarah Lotz listed five films you should never, ever watch with your family. And she’s right.

If you’re looking for something to do this (hot) weekend, why not check out the spectacular new exhibition at the National Maritime Museum, Ships, Clocks & Stars: The Quest for Longitude? The story of the race to determine longitude is a fascinating one, and this incredible exhibit celebrates the 300th anniversary of the passing of the Longitude Act.

We announced the next book by Lavie Tidhar and revealed its remarkable cover. 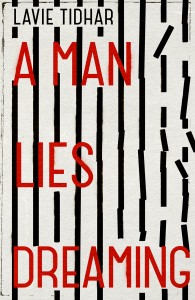 We ran David Mitchell’s entire Twitter-penned short story. And then we found out that The Bone Clocks, Mitchell’s forthcoming novel, was one of three Hodder novels longlisted for the 2014 Man Booker!

Any guesses as to what this week’s UnCovered recreated?

To celebrate next week’s publication of Smiler’s Fair, the first novel in Rebecca Levene’s new series The Hollow Gods, we posted the visceral first chapter. If you pop over to Facebook you can see book’s map in its full glory. And if you were paying attention to Twitter at the right time, you might have spotted the colourful, amateurish first draft of that same map that someone (*cough* me *cough*) drew.

The legendary Jean Auel dropped by to say a few words about the audio editions of her Earth’s Children series (and I promised myself I’d reread the entire series on my next holiday).

And finally, we picked out our favourite fantasy character for this week’s Friday Favourites.