Posted on May 23, 2014 in Hodderscoop with tags Charlie Day, Game of Thrones, Hodderscoop, Sarah Lotz

On the 23rd of May in the year 2014 we talk about Charlie Day, Rubik’s Cubes and Jurassic World. This is not the first time Jurassic World will feature on Hodderscape.

Happy long weekend! Here’s our Hodderscoop roundup to carry you through the last long hours of your work-week.

The Rubik’s Cube, which was invented in 1974 and has baffled us with its near-infinite variation ever since, turned 40 on Monday. Here’s a Telegraph article about that thing that now primarily appears as a prop in 80s period films. The Google Doodle on Monday was awesome, too. But my heart belongs to Tuesday’s Doodle, celebrating Mary Anning’s 215th birthday.

The AV Club can be trusted to hit their interviews out of the park. This week’s features Terry O’Quinn (you know him from everything, from Lost to the X-Files), and it’s great.

Here’s the world’s most expensive doughnut.

If this is really the plot for Jurassic World, the fourth Jurassic Park film… well, it’ll be unmissable.

Tara, the cat who saved her owner’s kid from a dog last week, threw out the first pitch at a baseball game. Deadspin breaks it down for us: ‘As you might expect, since cats care nothing for pageantry and have useless muppet paws instead of hands, it was one of the worst first pitches in recorded history. #SticktoHeroics.’

The biggest dinosaur ever to walk the earth has been discovered in Argentina. It was 65 feet tall – that’s tall enough to peek into our offices here on the 5th floor of Hodder Towers (with room to spare). In related news, I think it’s high time we adopt a Hodder dinosaur (to keep Pickwick company, naturally). 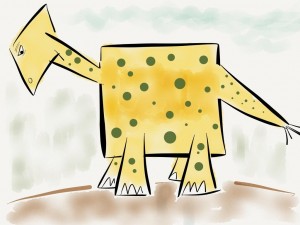 Check this out – it’s a pancake printer! PancakeBot will create elaborate pancake designs to your specifications. Where can we buy five? (Considering how excited we were about pancake squid last week, I wouldn’t blame you for thinking we’re pancake-obsessed around here.) (We are.)

Paul Cornell takes us on a tour of haunted London pubs. Right – who’s up for a pint?

And finally – it’s commencement speech time at high schools, colleges and universities around the world. If you listen to one this year, make it Charlie Day‘s speech at his alma mater, Merrimack College. It’s hilarious, and ends with some really sincere (and good) advice: ‘you do not have to be fearless. Just don’t let fear stop you.’ Then go watch ‘The Night Man Cometh‘ again, and get that song stuck in your head all weekend.

And here’s what we did on the blog this week!

Sarah Lotz’s brilliant novel THE THREE published yesterday. I tried not to get too mushy in my blog about it, but it was hard – The Three was the first book I ever acquired and I’m immensely proud of it.

Sharan talked us through the Once Upon a Time finale… and that cliffhanger.

Our wonderful contributor Sally Partridge recreated scenes from SFF novels in LEGO. Seriously, this is so cute. 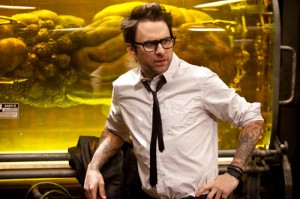 Naomi just discovered Orphan Black, and loves it. Here’s why!

Sharan saw Godzilla last weekend. She had mixed feelings but summed it up as ‘fantastic’ – find out why.

Finally, in honor of The Three, the Hodderscape team chose their favorite creepy kids for this week’s Friday Favorites. Who are yours?

Also, for more genre fiction chit-chat, I’ll be appearing on Mariella Frostrup’s Open Book on Sunday, talking about genre fiction and the importance of recognising the accomplishments of women.