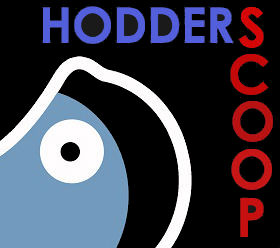 Posted on May 16, 2014 in Hodderscoop with tags Hodderscoop, Sarah Lotz, Stark Holborn

Mary Stewart has died. Her romantic suspense novels of the 50s and 60s were hugely popular and remain classics of the genre – which, it can be argued, she invented.

Everyone’s abuzz with excitement about the new Constantine TV series, based on DC comics’ (And then Vertigo’s) beloved Hellblazer series.This isn’t John Constantine’s first time on screen, of course; Keanu Reeves starred in a not-particularly-faithful-but-also-not-really-so-terrible big-screen version in 2005. But the trailer for the TV show suggests it’ll be a rather more faithful adaptation this time around – for example, this Constantine is blond.

If you’re in London (or planning a trip), read this post about the best street food around, and then drop everything and go get some. I’ll see you at the Mother Clucker truck.

Follow this link to read a wonderful, rare interview with Hayao Miyazaki. ‘The name Ghibli was proposed by Miyazaki, who had found it… in an aviation textbook. (At first, he mispronounced it “Ji-bli”, and the mispronunciation stuck.) It’s an Arabic term adopted by Italian pilots to refer to the hot, dry siroccos that blow across the Mediterranean from the Sahara. He hoped to bring fresh air to a stale industry, so the word was just right.’

If you watch one video today of a guy wholly rocking out on one of those free pianos at St Pancras Station, make it this one. (He’s Henri Jean Pierre Herbert and he is the pianist for the Jim Jones Revue.)

Our friends over at Hot Key Books have listed ten places that remind them of their favourite books. What are yours? 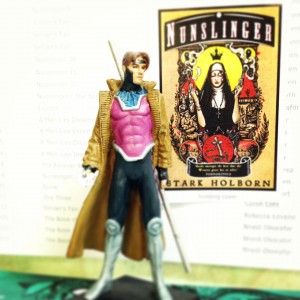 Here’s some seventeenth century advice on how to get a secret message to someone. (It involves playing cards.)

Channing Tatum has been officially cast as Gambit from the X-Men in some upcoming film or other. (Maybe a solo outing, maybe not.) Hodder’s Gambit fans have complicated feelings about this news. Elsewhere, the Daily Mash has put its finger on the pulse of the movie-going public with its penetrating insight into the appeal of the X-Men films.

This is definitely the most interesting – and comprehensive – infographic about gothic novels I’ve ever seen.Villains are rated by the intensity of their scary eyes, heroines by the number of times they swoon, and weather by its dreadfulness. (Sounds like a typical Saturday afternoon to me.)

HR Giger died this week. The influence of his aesthetic on science fiction and horror in all its forms cannot be understated. Let’s go watch Alien again!

And here’s what happened on Hodderscape this week!

Our UnCovered feature – in which we recreate an iconic cover using whatever’s at hand – inspired some brilliant ‘guesses’ on Twitter. (Obviously I am using the scare quotes intentionally. You guys are hilarious.) 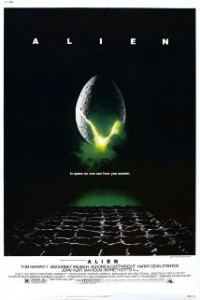 Sophie considered the appeal of Teen Wolf and Sharan wondered whether Supernatural withstands the test of time.

Sarah Lotz’s incredible novel The Three publishes in six days! See what people are saying, (Stephen King calls it ‘really wonderful,’ so you know it’s brilliant!) and check out the website. Be sure you click around – there’s a ton of stuff to explore.

And finally our Friday Favourites: it’s summer blockbuster season, and we’re really excited about everything! See what, and why… and then tell us what you’re looking forward to!