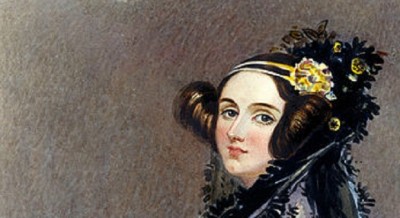 Posted on October 15, 2013 in Fun Stuff with tags Science

It’s Ada Lovelace Day – the day in which we celebrate badass mathematician Ada Lovelace! Founded in 2009 by Suw Charman-Anderson, Ada Lovelace Day ‘aims to raise the profile of women in science, technology, engineering and maths by encouraging people around the world to talk about the women whose work they admire.’ 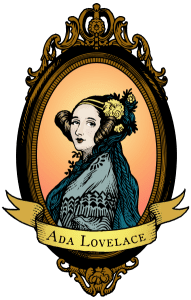 So, who was Ada Lovelace? Lord Byron’s only legitimate offspring, who, thanks to her famous parents’ bitter (and well-publicized) divorce, was famous pretty much from the get-go. Her mother, who never really got over her father’s poetical leanings, encouraged young Ada’s early education in math, although she didn’t have much time for Ada otherwise.

Lovelace got into all sorts of trouble, including an attempted elopement with a tutor at age seventeen. It was also about this time that her very real mathematical abilities became obvious. She married at twenty and became friends with a number of preeminent scholars and gentlemen of science, including Charles Babbage, inventor of the Difference Engine. Lovelace most famously wrote what is now considered the first real computer program, a method of calculating Bernoulli numbers using an analytical engine (which, apparently, would have worked. She was only thirty-six when she died.

So go hug your favorite female scientist! And check out Kate Beaton’s wonderful Ada Lovelace comic! And have a brilliant Ada Lovelace Day!