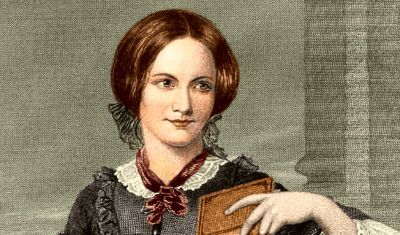 Brontë hipsters will claim that the actual best Brontë novel is The Tenant of Wildfell Hall, by Anne Brontë. Contrarians like to argue that the best Charlotte Brontë novel is not the most famous, Jane Eyre, but instead Villette or even Shirley. And today – Charlotte Brontë’s two hundredth birthday, is not the day for us to argue. (Or maybe it is! But not here on Hodderscape!) Instead, today is all about celebrating Charlotte Brontë, one of the most superb novelists of the English language (and a Hodderscape favourite).

Charlotte Brontë was born 200 years ago today, as mentioned above. And what a legacy she’s left behind. She and her sisters Emily ‘Heathcliff! Cathy! Heathcliff! Cathy!’ Brontë and Anne ‘my book is even more about spousal abuse than yours!’ Brontë, and her brother Branwell ‘hey, I wrote stuff too!’ Brontë, all contributed an incredible legacy to English literature. I mean, really – would we have this brilliant line from Bridget Jones’s Diary without Wuthering Heights? (Nope.)

‘It struck me as pretty ridiculous to be called Mr. Darcy and to stand on your own looking snooty at a party. It’s like being called Heathcliff and insisting on spending the entire evening in the garden, shouting “Cathy” and banging your head against a tree.’

Or this classic moment from Monty Python?

And without The Tenant of Wildfell Hall we wouldn’t have Brontë know-it-alls telling us that Anne’s the only one who really got it right, re spousal abuse and not romanticising problematic men, etc etc. Nor would we have Toby Stephens and Rupert Graves – aka Extremely Handsome Son of Minerva McGonagall/Captain Flint on Black Sails and Lestrade in Sherlock/Freddy in A Room With a View, that movie that totally has some male full frontal in it – prancing about in period costume. I  mean, if that’s your bag.

It is totally my bag.

And without any of the Brontës we wouldn’t have ‘Dude watchin’ with the Brontës,’ aka the best comic ever, by Kate Beaton. 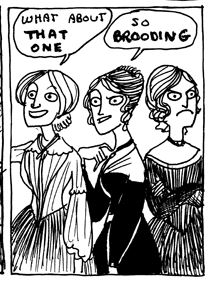 (Obviously everything by Kate Beaton is the best, but you must must must go read that comic right this instant.)

But today is Charlotte Brontë’s day, so let’s leave aside the very important Full Brontë Legacy and just focus on what Charlotte has given us:

MULTIPLE attractive men playing Mr Rochester. YES they are all too attractive to actually be Mr Rochester, who is not really supposed to be that good looking, but who are we to complain?

Let’s start with the most recent, Michael Fassbender. Full points for brooding ruggedness. 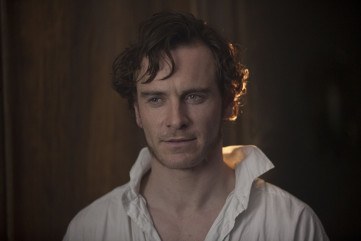 Then let’s move back to Toby Stephens, making his second Brontë appearance (in my favourite of the recent adaptations). Full points for brooding anger. 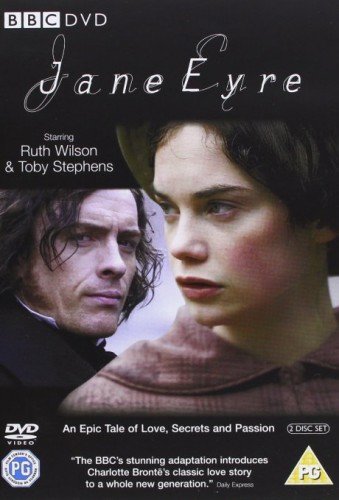 And then let’s spend a moment appreciating Timothy Dalton’s turn as Rochester. He’s much, much too smooth and handsome – at least Stephens and Fassbender are arguably kind of rugged – but he’s superb as Rochester, even if the adaptation kind of lops off the final third of the book. Full points for I LOVE YOU FOREVER, TIMOTHY DALTON. YOUR JAMES BOND IS REALLY UNFAIRLY UNDERRATED. 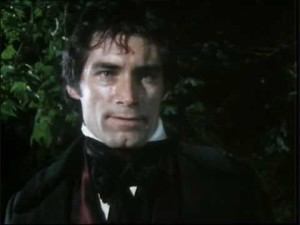 Where were we? Ah, yes, Charlotte Brontë. Jane Eyre is often, and I think incorrectly, considered ‘just’ a love story. People who only know it from adaptations and its reputation might think it’s entirely about Jane and Rochester and mad wives in attics and stuff.  But Jane Eyre, subtitled An Autobiography, is much more than just Jane + Rochester 4eva. Indeed, Jane’s turn as governess to Rochester’s ward is only one-third of the book – even though she does also spend the final third agonizing about Rochester. No, Jane Eyre is entirely Jane’s novel – the story of a strange, sad, deeply angry little girl who grows up into a small, quiet, deeply internal woman with an extraordinary voice. 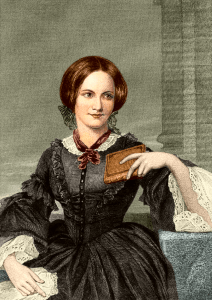 Jane Eyre is also a fundamentally religious novel – no surprise, given a) that Charlotte was the daughter of a curate and b) the Victorians were basically obsessed with religion, specifically their relationship with God. And Jane Eyre is all about Jane’s relationship with God – it’s not supposed to be romantic when Jane realises that she adores Rochester as an idol above God; it’s supposed to be terrifying. The three parts of the novel are all about Jane’s imperfect relationship with God; only when she finally makes peace with God is she able to go back to Rochester as an equal – and only after he’s been punished for his transgressions (it’s not an accident that he loses an eye and a hand) and becomes penitent are we to understand that he’s finally earned her love.

The third part of Jane Eyre – aka ‘the really weird bit with the cousins and the guy who tries to bully Jane into marriage’ – is often overlooked or underplayed in adaptations. It’s the most problematic part of the book, and the most difficult for modern audiences to wrap their heads around. After all, it’s the really weird bit with the cousins and that lunatic who tries to bully Jane into marriage, even though she’s all like ‘but I don’t like you like that?’ and he’s like ‘WHO CARES LET’S GO SAVE SOME SOULS’ and she’s like ‘but the climate will probably kill me?’ and he’s like ‘WHO CARES GET IN LOSER WE’RE GOING MISSONING’ and she’s like ‘…I’m kind of obsessed with you because you are really single-minded and I like a single-minded dude, obvs, and also I am so desperate for love I’ll do anything if you’ll just promise to be nice to me’ and he’s all ‘AWESOME LET’S GO’ but then she telepathically hears Rochester moaning her name (no, not like that) (okay, maybe like that) (this is Rochester we’re talking about, after all) and decides she has to go see him before going to India with St John, etc etc. And thus the happy ending! (Minus one eye and one hand.) 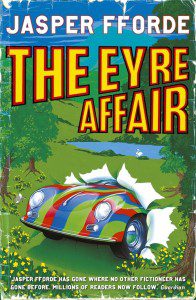 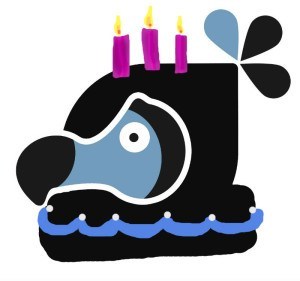